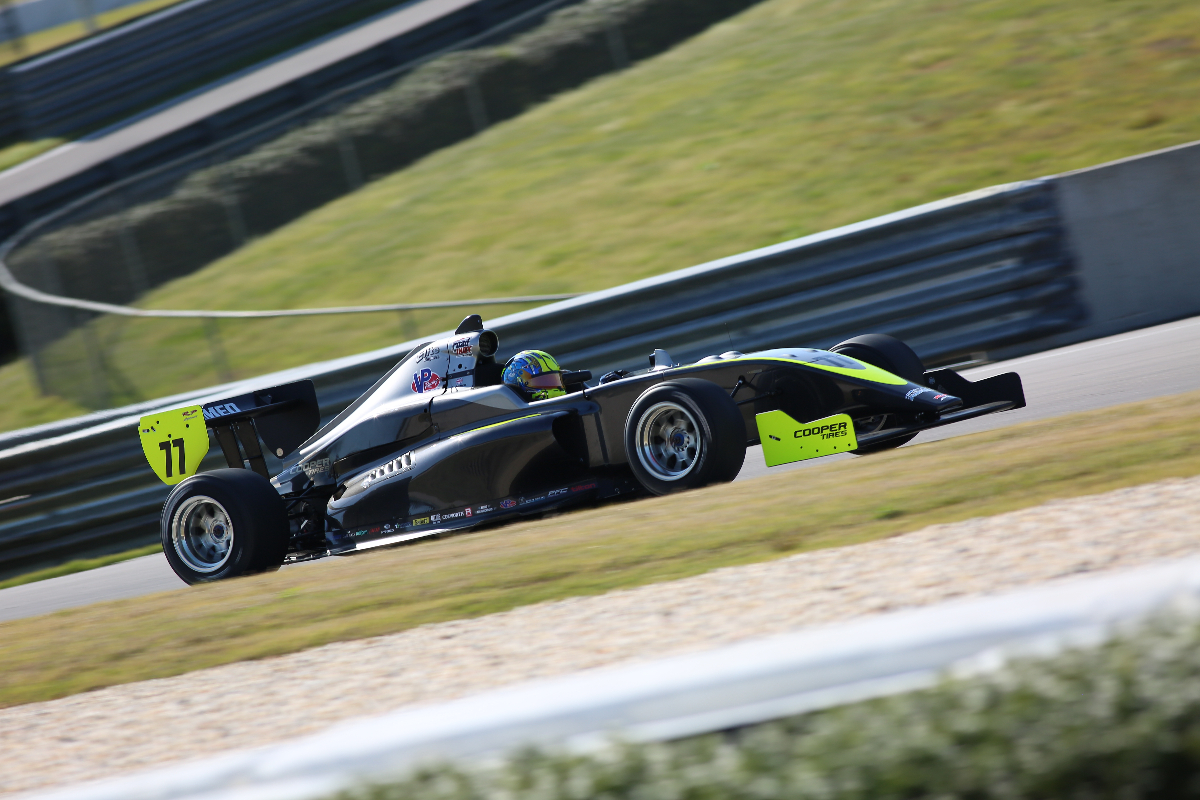 RP Motorsport’s rookie Enaam Ahmed topped free practice for the first Indy Pro 2000 round of the season at Barber Motorsports Park, with opposition from only two other drivers.

As with USF2000, IP2000 took part in a pre-event test on Thursday and just like its fellow IndyCar support series that resulted in most drivers skipping the single afternoon practice session.

Drivers are assigned just three sets of tyres for this race weekend, not including the earlier test. Carrying over a set of tyres from the previous event is not possible, as it is the first event of the season.

This prompted all bar three of the 17 entered drivers to sit out the 30-minute session, and Miller Vinatieri Motorsports’ Jack William Miller was the one driver to head out when the track went green for the first time.

He would be later joined by Legacy Autosport’s Flinn Lazier and finally Ahmed, with the trio of rookies irregularly circulating as the session progressed.

Ahmed set the initial benchmark, before knocking off a tenth on each of his next two tours to set a 1m18.1369s.

Miller was two tenths shy of Ahmed with a 1m18.3358s after setting 10 laps, while Lazier was more than a second off on a 1m19.3759s. While it’s a good start to life in America for Ahmed, the Englishman does not yet have the budget to contest the full season.