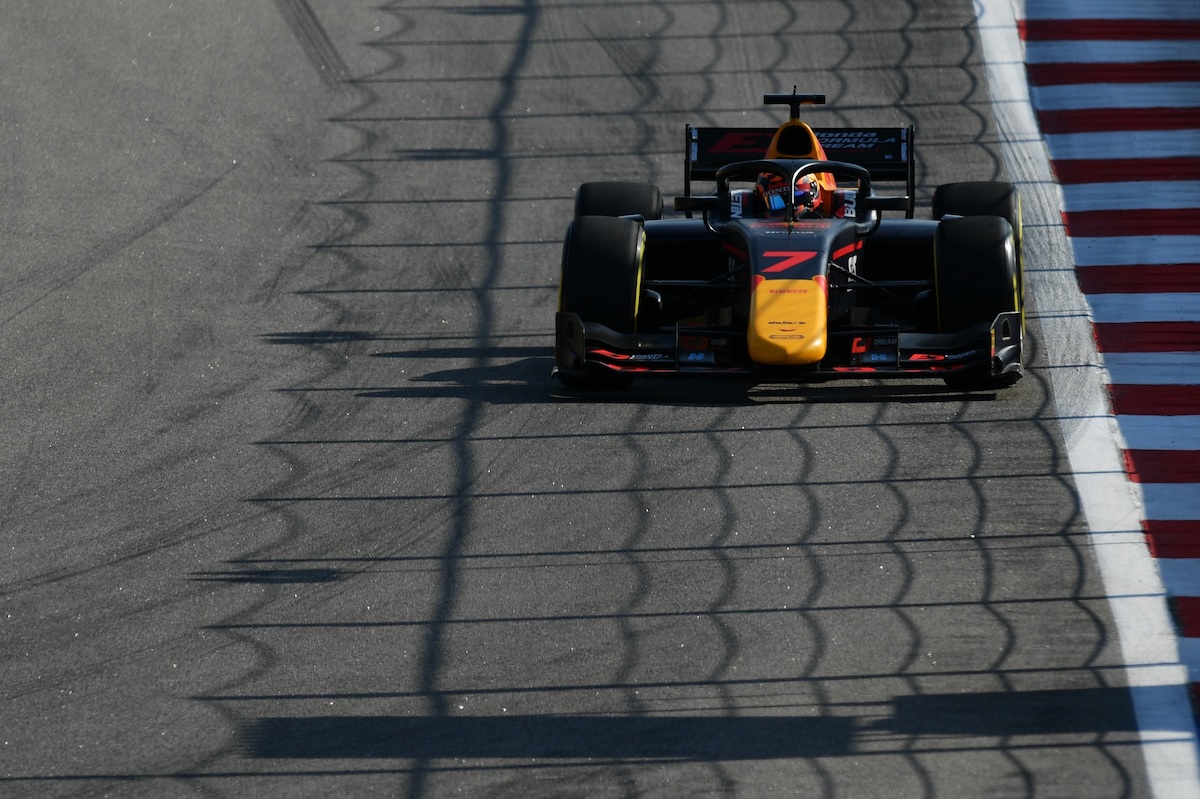 Yuki Tsunoda edged his Carlin team-mate Jehan Daruvala to earn his third pole position of the 2020 Formula 2 season at Sochi.

Daruvala, who had previously qualified no higher than sixth place this year, led for the majority of the session, jumping to the top of the order early on and gradually improving throughout qualifying.

It wasn’t until his final lap of the session that Red Bull and Honda protege Tsunoda was able to knock Daruvala off the top spot, managing a 1m48.688s lap to go quicker than anyone else.

Ferrari junior Mick Schumacher briefly knocked Daruvala down to third before the Carlin driver completed his final lap. Daruvala got to within 0.006s of Tsunoda, but it wasn’t enough to secure his first pole position of the season.

Ilott ran into traffic on his first flying lap of qualifying, being held up by series veteran Luca Ghiotto after an issue for the Hitech GP driver.

He could only go seventh fastest after the first round of laps, though he did briefly improve to third overall before the final flying laps.

The Virtuosi Racing driver ended the day fourth, just ahead of Ghiotto and Christian Lundgaard, who also suffered from traffic problems on his laps.

Schumacher’s team-mate Robert Shwartzman earned his best qualifying result since Spa in seventh place and will line-up alongside Jack Aitken.

Guanyu Zhou (Virtuosi) and Hitech GP’s Nikita Mazepin round out the top 10.

Championship debutant Jake Hughes ran strong in the first half of qualifying, managing to put himself in the top 10 after the first round of flying laps, but dropped down the order as others found improvements. He starts 15th for his first F2 race.