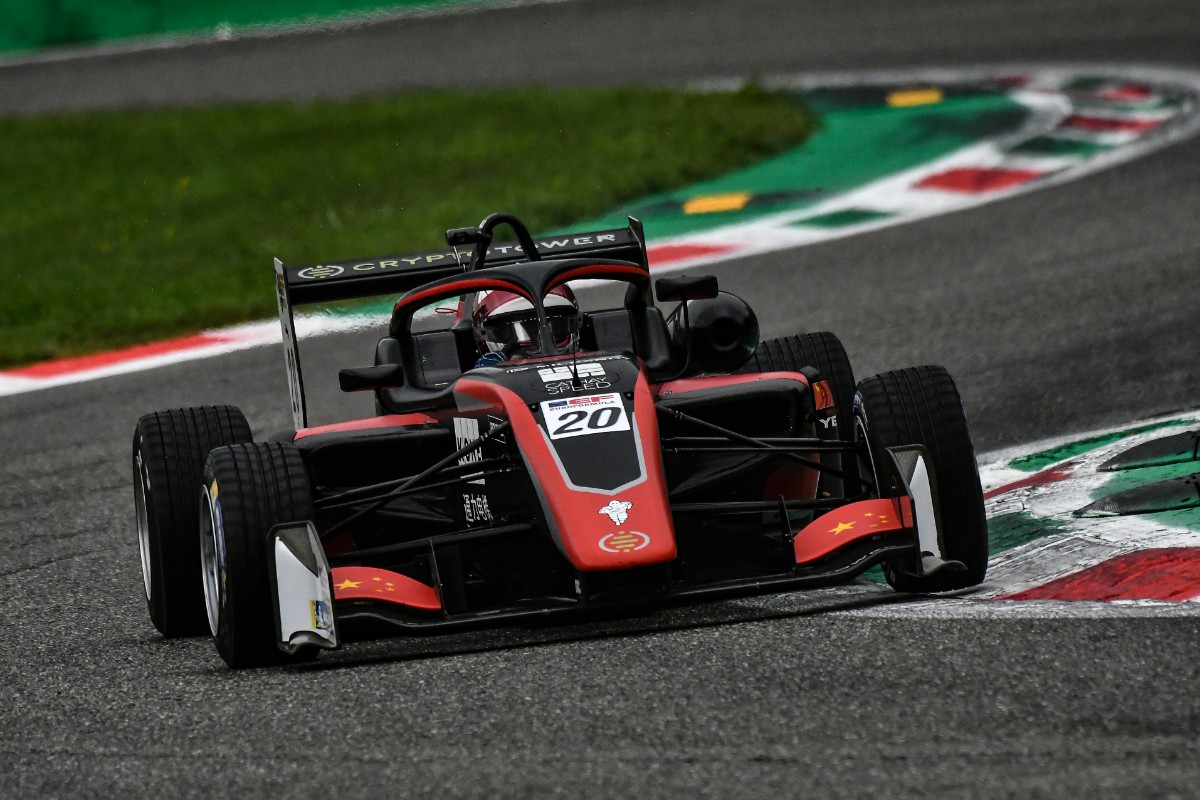 Euroformula dominator returned to the top of the times in the second free practice session at Monza, held on a wet track.

Heavy rain before the session left the track well over 15 seconds slower than it had been in FP1, and it was Carlin duo Ido Cohen and Zane Maloney who looked the most comfortable when the track was at its greasiest as they traded top spot.

When the track started drying, Maloney was the first to break the 2m00s barrier and soon got laptimes down to 1m58.4s.

With 10 minutes to go the field pitted for fresh tyres, with a dry line finally emerging, and Maloney improved again to am 1m58.014s. The pace at which the track was drying meant whoever crossed the line last was likely to be quickest, and Ye timed his final flying laps just right to surpass Maloney in the final 10 seconds.

Motopark’s Niklas Krutten went even quicker with the first sub-1m58s lap, but completed it just after the chequered flag was waved, while Ye still had time to for one more effort and he went fastest of anyone in all three sectors to end the session 0.684 seconds clear of the field.

The returning Cameron Das meant it was a Motopark top three of sorts, with Ye’s CryptoTower Racing Team car receiving technical support from the German team. Maloney was shuffled to fourth, and 0.905s down on Ye.

VAR’s Alexandre Bardinon, who’d been on top early on, was another to drop down the order late on and ended up eighth, with Cohen in ninth and Drivex School’s Glenn van Berlo rounding out the top 10.