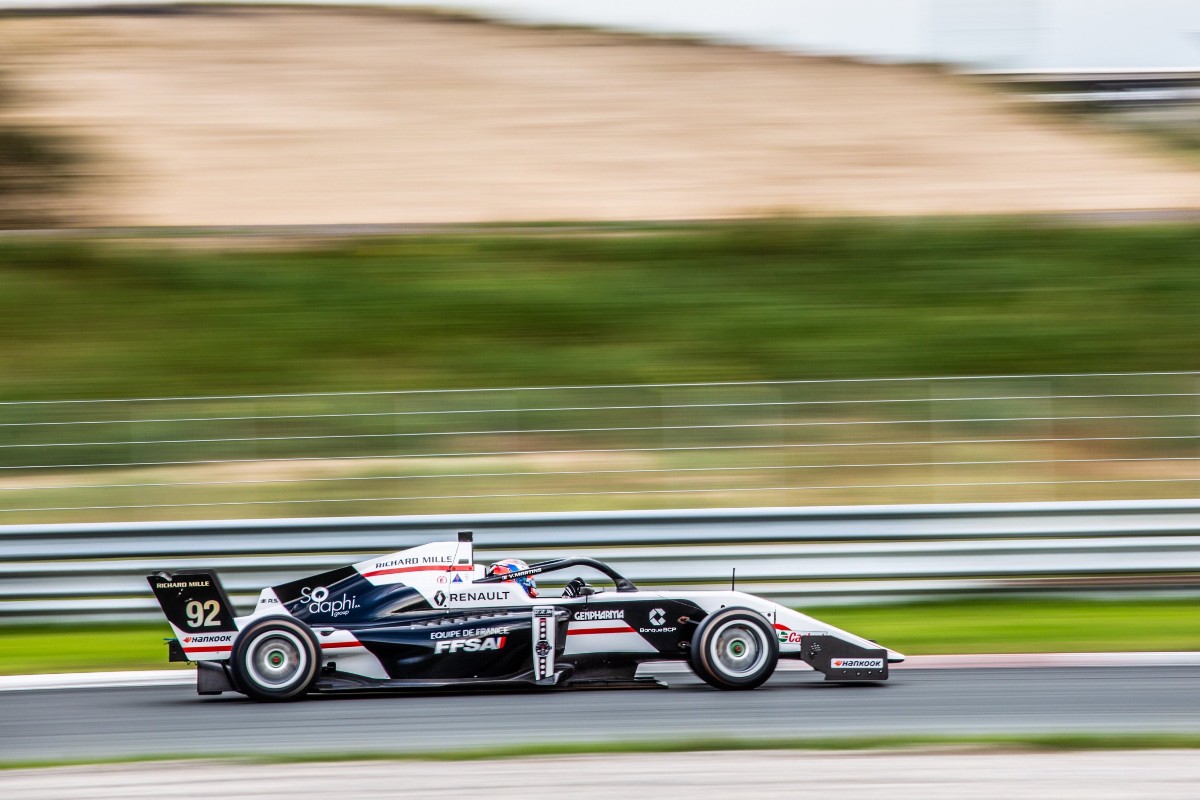 Victor Martins was quickest in both of the Formula Renault Eurocup free practice sessions at Zandvoort, which is hosting the series for the first time since 2000 this weekend.

While both sessions took place in challenging weather conditions, the morning session was by far the faster.

It didn’t take long for ART Grand Prix driver Martins to rise to the top, and the session was stopped after 15 minutes when FA Racing by Manor’s Tijmen van der Helm ended up in the gravel at Turn 10.

Martins’ team-mate Paul Aron took over at the top once action resumed, but he was then shuffled back down the order and the Mercedes-Benz Formula 1 junior ended up causing a session-ending red flag when he stopped on track.

The gap between Martins and his title rival Ciao Collet at this point was 0.371 seconds, and the Brazilian was the closest to Martins’ pace.

The MP Motorsport trio of Franco Colapinto, Hadrien David and the debuting Roman Stanek were sixth, seventh and eighth, while JD Motorsport’s title contender David Vidales propped up the timesheet and was 4.119s off the pace.

Rain inflicted the start of the second practice session, but as the track dried it was Martins who was fastest again. The rain then returned and caught out MP’s David and Stanek, leading to a red flag stoppage. While the green flag was eventually waved again, there was no improvement in laptimes and Martins led Collet again.