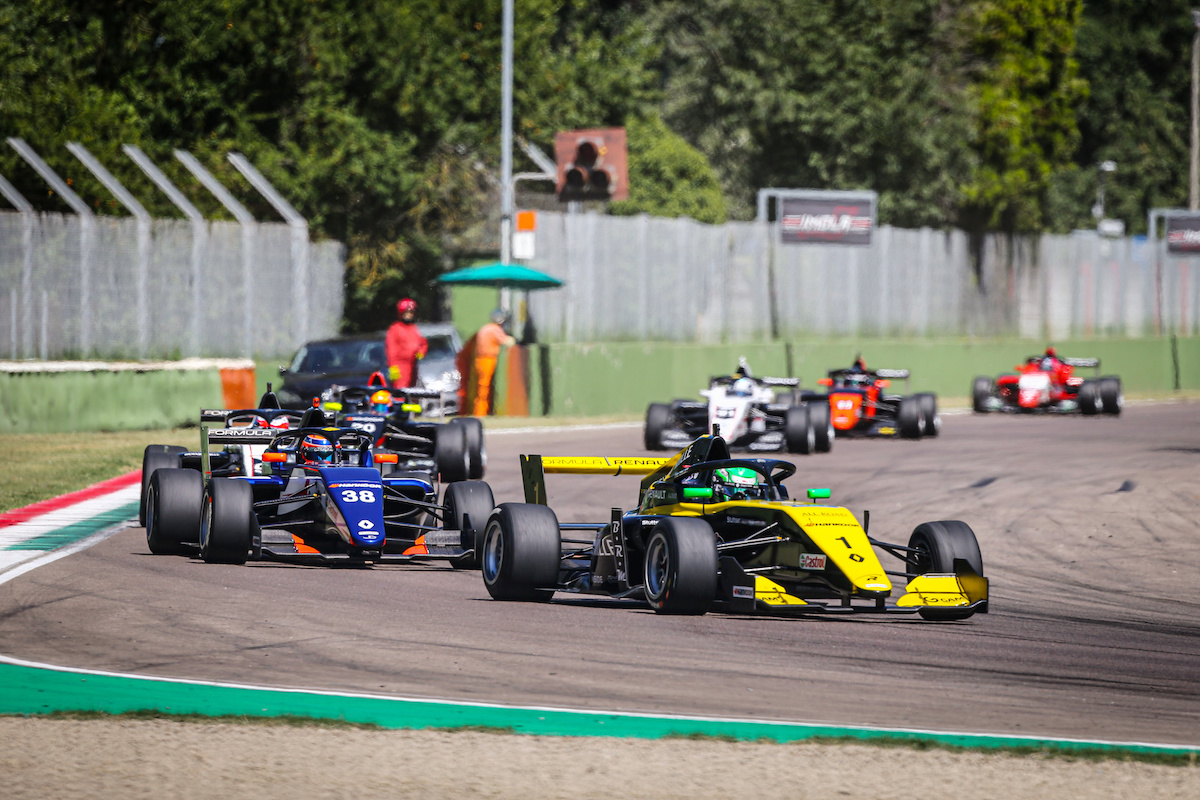 The Formula Renault Eurocup will support the upcoming Formula 1 grand prix at Imola, Renault has confirmed.

As Formula Scout reported earlier this month, Renault has been working to add the Emilia-Romagna Grand Prix event to its 2020 schedule.

The move allows the Eurocup to maintain its annual presence on an F1 race weekend following the cancellation of this year’s Monaco Grand Prix.

As expected, the Imola event replaces Abu Dhabi on the calendar, and forms the second of four consecutive race weekends to conclude the season.

Renault has not yet confirmed the weekend format for the return to Imola. It is understood the Eurocup will have two races as usual, but it is unclear whether it would be able to have a separate qualifying session for each race. The grand prix will be staged as a two-day race weekend with just a single 90-minute practice session.

Italian Formula 4 has also been working on joining the bill at Imola but this has yet to be confirmed by organiser ACI Sport. A potential stumbling block has been the clashing ADAC F4 round at Zandvoort, which many of the same teams are set to compete at.