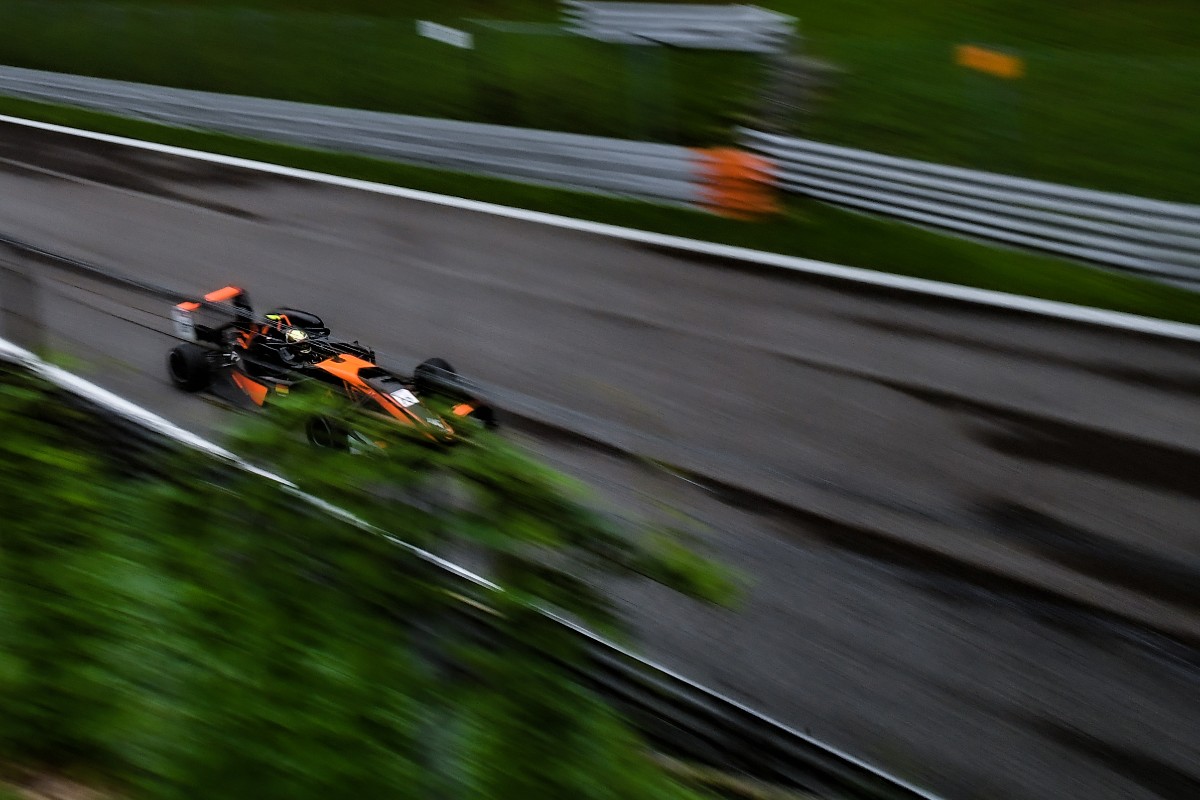 Sebastian Estner was the faster of the two Estner brothers in the team’s line-up, setting a 1m44.171s lap that initially put him almost a second clear of the rest of the grid.

CryptoTower’s Lukas Dunner put in a lap just a tenth slower on his final effort, while Andreas Estner came third but was 0.717s behind.

Ye topped the times early on, but failed to find the same improvements that his team-mate Dunner and the two VAR drivers were capable of.

Ayrton Simmons was eighth best and 1.429s off the pace in the sole Double R Racing entry, narrowly ahead of Carlin’s Ido Cohen. Zane Maloney continued his recent woes in the second Carlin car, ending up two seconds off the pace of Sebastian Estner and in last place.