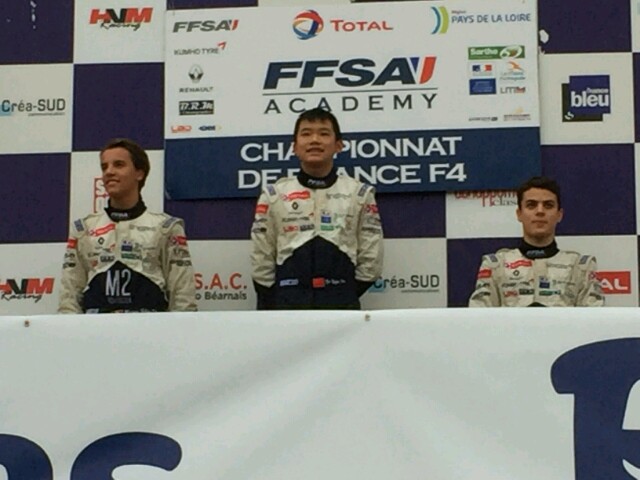 Yifei Ye?returned to his dominant ways in French Formula 4 on Sunday in Pau, comfortably winning the third and fourth races of the weekend.

Race three took place in a continuation of the weekend’s wet weather, with Ye, who won all four races at the opening round at Paul Ricard last month, leading from?pole position and easily opening?up a margin?over front-row starter?Michael Benyahia, who then crashed out on lap five, causing a safety car.

Race one winner?Javier Cobian was promoted into second, but his race ended in transmission failure at the restart.

Enzo Samon?was eighth ahead of?Jean-Baptiste Mela and Hugo Chevalier, who had a formation lap spin that dropped him to the rear of the grid.

Ye pulled away again in a clean, dry race four, winning by 12 seconds.

Laliberte was the other star of the race, climbing from sixth to third at the start and then pulling off a good move on Magnus for second place at the Pont Oscar left-hander to finish second.

Magnus finished third ahead of Coicaud, who put a move on Jean into Turn 2, with Jean just holding off Rougier for fifth.

Charpentier took seventh, while Enzo Samon dropped out of eighth on the penultimate lap.?With Chevalier earlier pitting?from behind Samon, the place eventually went to Marvin Klein, while Cobian took ninth after forcing Mela into an error at the hairpin.