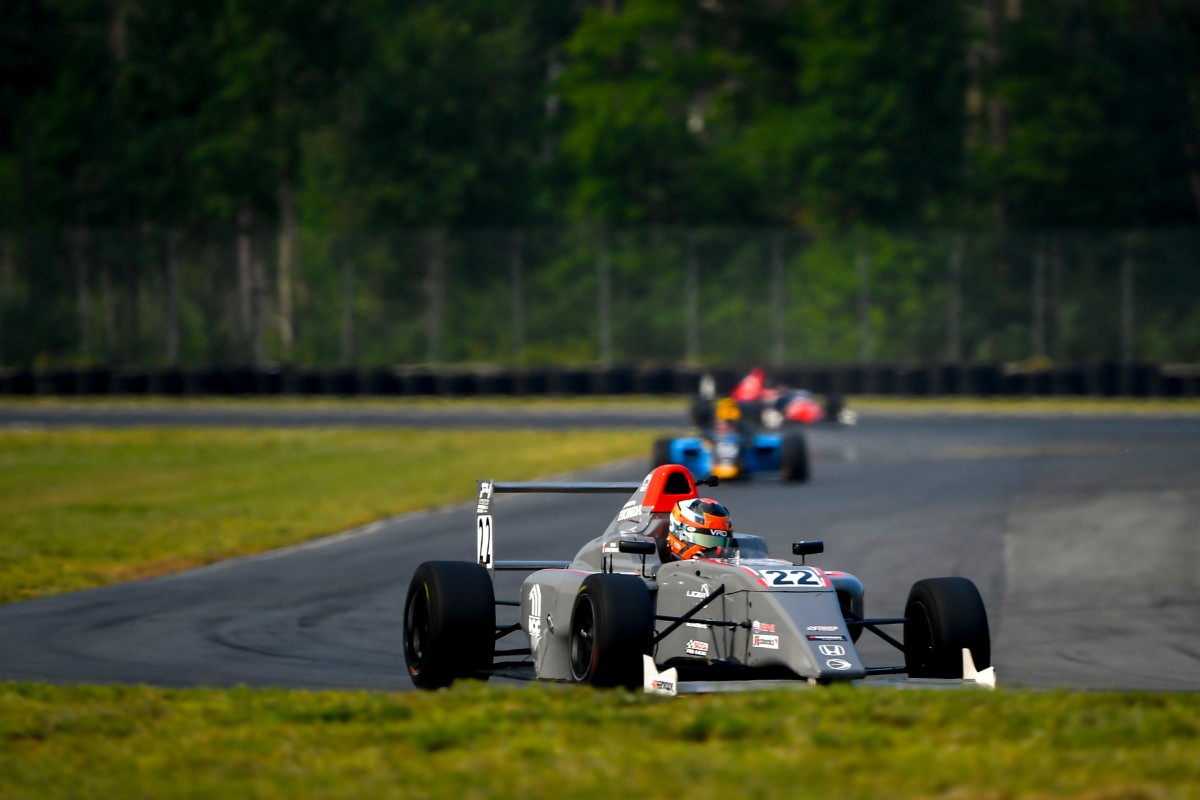 United States Formula 4’s first ever visit to Brainerd International Raceway started in a chaos that led to a race losing championship status.

Behind them there was chaos though, with three cars being wiped out and putting the race straight under a full course yellow. Two more cars collided on the restart, then another went rolling down the track and the race went under yellow flag conditions until the finish.

Behind Christodoulou and Clark, Louka St-Jean made it an all-Canadian podium by picking his way through the crashes to finish third. Bryson Morris also rose up the order to finish fourth on his debut.

However these impressive results were cancelled out by less than one full lap of green flag running being completed in the the 10-lap race, and as a result it lost championship status.

This is the third time this has occurred recently in US F4, with the opening race at Road America two months ago being lost to the same reason, as was the wet 2020 season opener at Mid-Ohio. The second Road America race only ran for half-points.

Canada’s rising stars got some redemption in race two, as Clark pipped Christodoulou to victory by 0.209s. Karting graduate Morris completed the podium for Kiwi Motorsport in his first championship race. Points leader Noel Leon and Matt Christensen finished just on his tail.

Their lead battle ended when Christodoulou tried going around the outside of Clark but they collided, promoting Morris to a surprise first place ahead of Rodrigo Gutierrez. Christodoulou dropped to third, with Leon chasing him until the Mexican crashed out of fourth.

The pressure on Morris was relinquished as the race finished under yellow, but Christodoulou got past Gutierrez for second before then.