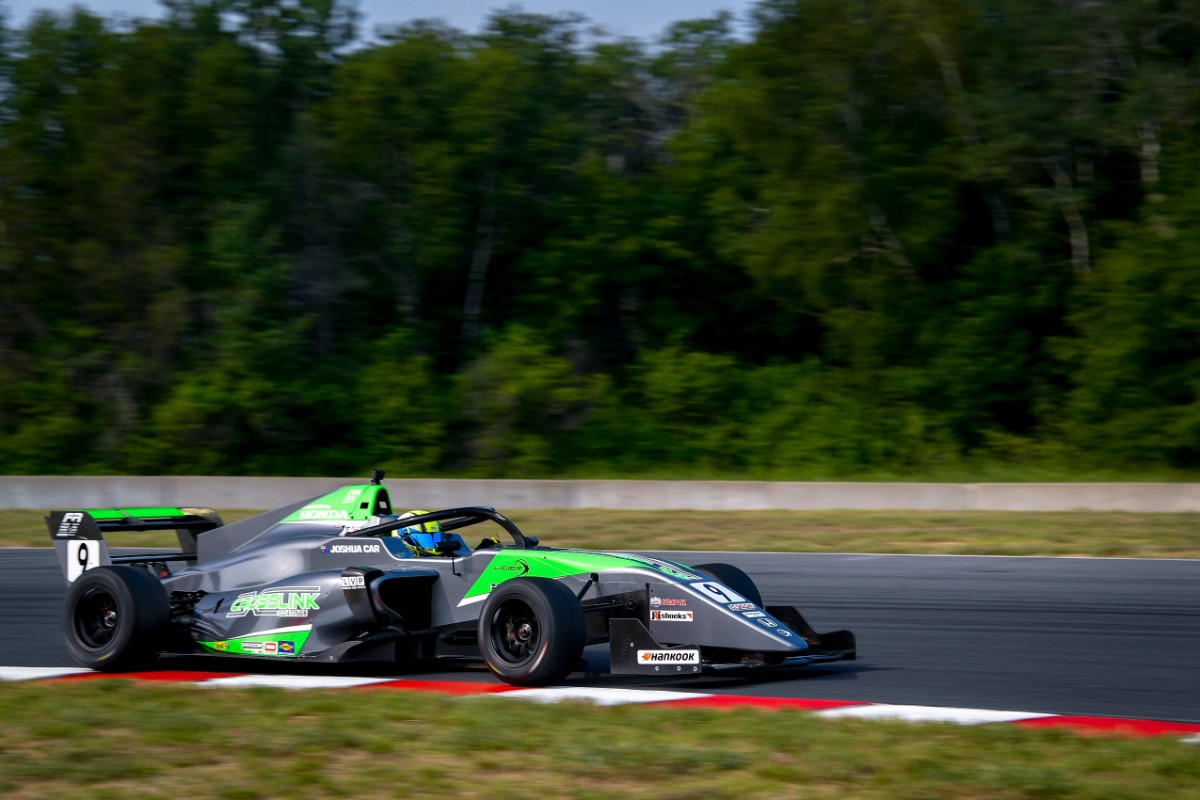 Car took pole for race one of the weekend, which was delayed due to a chaotic opening encounter for United States Formula 4 running before it. Despite the delay, he still missed the call to the grid and as a result started from the pitlane.

This meant Newman Wachs Racing’s Ian Rodriguez occupied the front row on his own, and the Guatemalean made the most of it to take his first series win. Dylan Tavella initially ran in second before spinning out, promoting points leader Kyffin Simpson to the position.

Car was initially slow to move up the order from 11th, but by the end of the 24-lap race had made his way up to third.

He then got to start from the front for the remaining two races, and took victory in both.

In race two there was an early full course yellow period due to a three-car collision, with Ernie Francis Jr later pitting with wing damage. Car opened up a lead of several before a second FCY period when Francis beached himself in the gravel. After a push he was able to get going again, a lap down, but there was only one green flag lap of racing at the end before Car won.

Race three was slightly simpler for Car, although this time Francis was his main rival. The single-seater rookie won in the Trans-Am sportscar series earlier in the day, but adapted back to his Future Star Racing-run car quickly and trailed Car until with two minutes of the race to go he pulled off track. He was classified two laps down, while Simpson inherited second place.