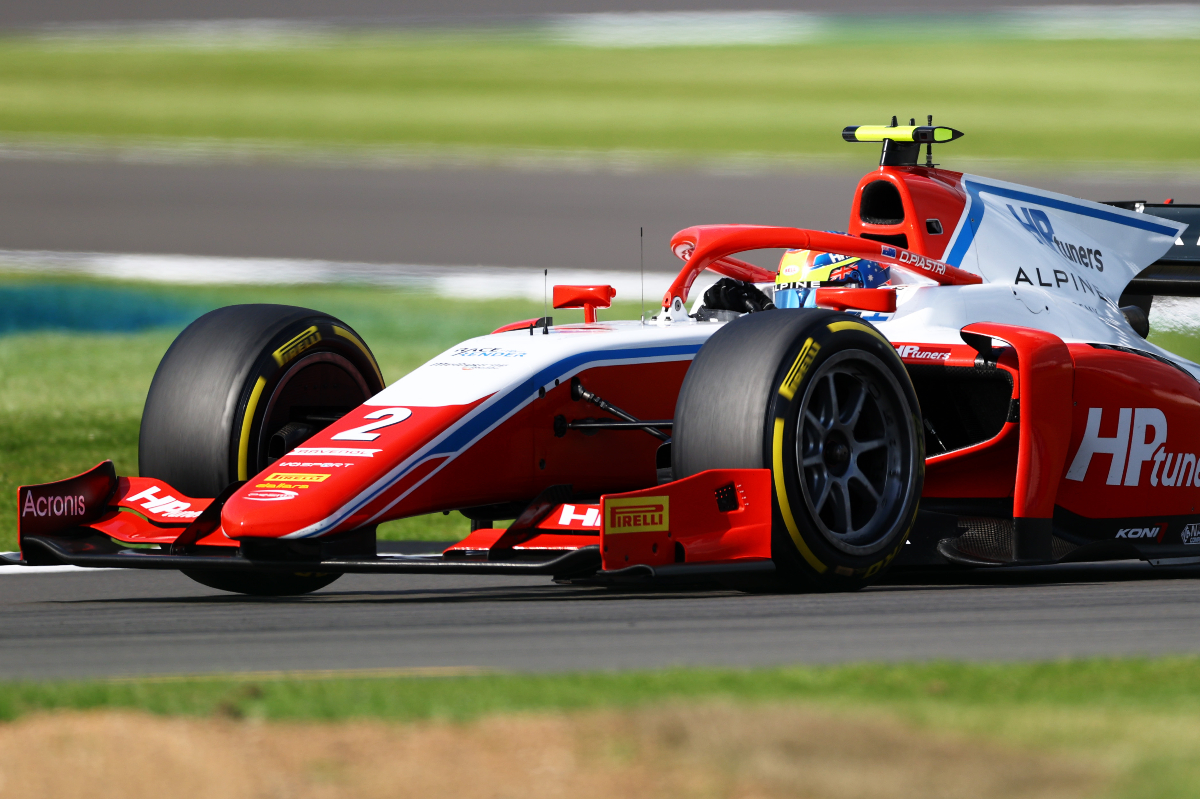 Oscar Piastri said that it was “a bit strange” to not replicate his pace from Formula 2’s Saturday sprint races at Silverstone in Sunday’s feature race.

The Prema driver took pole for Sunday, but dropped behind Alpine Academy stablemate Guanyu Zhou at the start.

He was undercut by Carlin’s Dan Ticktum in the pitstop phase, and lost touch with him as he got stuck behind Campos Racing’s yet-to-pit Matteo Nannini. Piastri finished 19.342 seconds down on winner Zhou and only just held on to third.

“It was a tricky one from the word go,” he said in the post-race press conference.

“Just didn’t quite have the pace of yesterday, and then once we caught up to Nannini I just couldn’t get past him.

There was a near-collision with MP Motorsport’s race two winner Verschoor on the penultimate lap, but Piastri robustly fended him off to complete the podium.

“The last few laps were putting my defensive skills to the test, but I’m pretty happy that I managed to salvage a podium given how the race went.”

Piastri went on to rule out the increase in temperature on Sunday being behind the loss of feature race pace.

“I don’t think the track was massively different,” he said. “The temperature was sort of in the middle of the two races we had yesterday, so it wasn’t a completely different ballpark, just for some reason we didn’t have the pace that we had yesterday and Friday.

“Even in the races yesterday we were super quick, especially in clean air, like yesterday we got fastest lap by quite some margin, so it’s a bit strange that we couldn’t replicate that today but nonetheless it was still a good weekend.”

After saying he didn’t want to talk about the start to the feature race, which cost him the crucial position against Virtuosi Racing driver Zhou, Piastri commented further on a weekend which he has gone from five behind to five ahead in the points.

“Overall it was a mega weekend, getting pole and then the two races yesterday were super strong, getting fastest lap in both and improving on our starting positions.

“It’s just a little bit of a disappointment to not convert the feature race but coming out in the championship lead at the midpoint of the season I would say is a pretty solid first half of the year.”

Podcast: Reacting to all of the British GP support series action