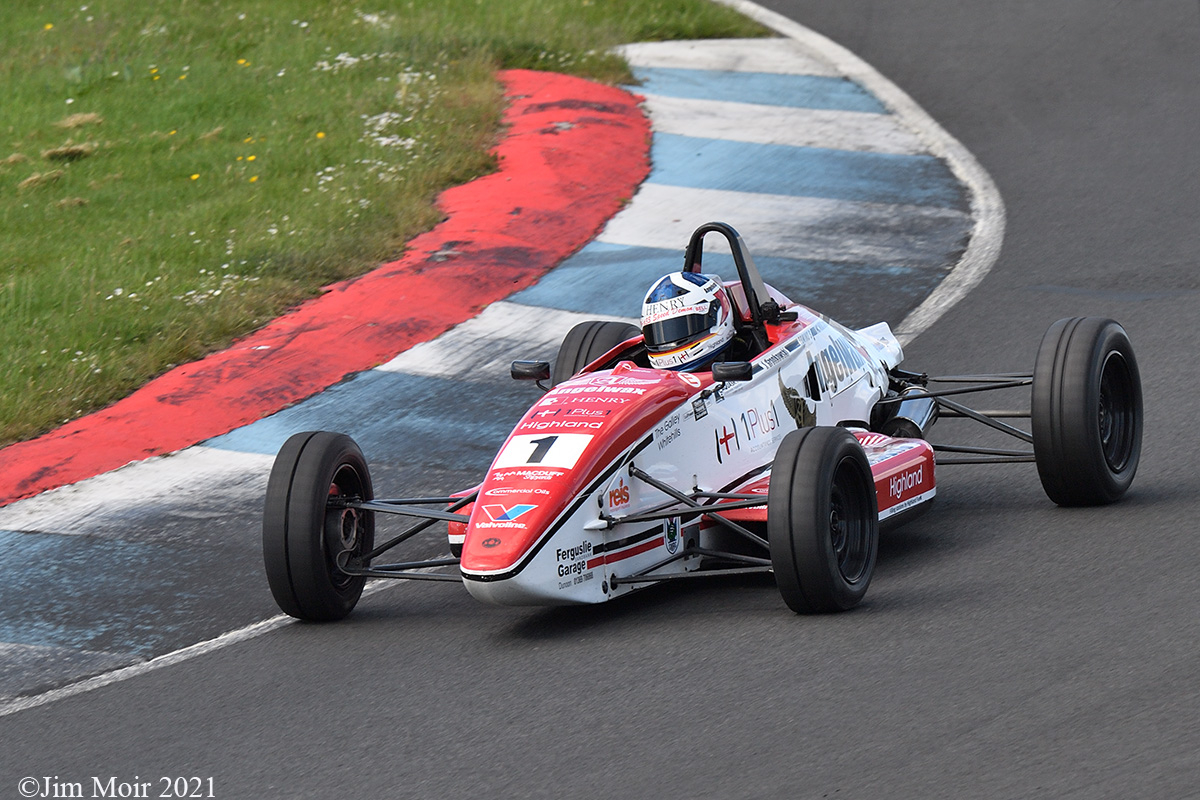 The two-time defending champion finished seventh and ninth in the two races of the season-opening round due to an influx of BRSCC National FF1600 drivers, but he was the top driver registered for points so went into this Sunday in the lead.

He started both of the 12-lap races from pole position and emerged from the opening encounter easily ahead of privateer Neil Broome despite a stern challenge from Graham Brunton Racing’s Michael Gray in the early stages.

Gronkowski bogged down off the line as the lights went out, which allowed Gray to seize the advantage heading into Duffus Dip for the first time.

Gray held the lead for the opening two laps before Gronkowski began to fight back, profiting from a wheel dipped into the Clarks gravel trap on lap three to edge close enough to Gray to reclaim the lead at the Hairpin.

Gray then pitted straight after the overtake as the pair negotiated the Hairpin side-by-side.

It was a disappointing end to the lead battle but which enabled Gray to launch a sensational comeback drive from last to snatch third place from GBR’s Lucy Grant on the final lap.

For Grant, it was her best drive of the season so far, having driven the bulk of the race in the final podium position.

Grant, who is in her first year of car racing, had the measure of guest driver and former British Touring Car Championship racer Derek Palmer Jr but fell to Gray’s stunning performance on the last tour.

Gronkowski avoided a repeat of his race one start to lead the second race comfortably from start to finish as Gray stayed out of trouble to come home second.

Broome backed up his race one runner-up finish with a somewhat lonely third ahead of Grant, who staved off the attentions of Palmer following a race-long battle.

Glenn Alcock finished sixth in both races, while Andrew Elliott failed to start either race following mechanical issues in qualifying.