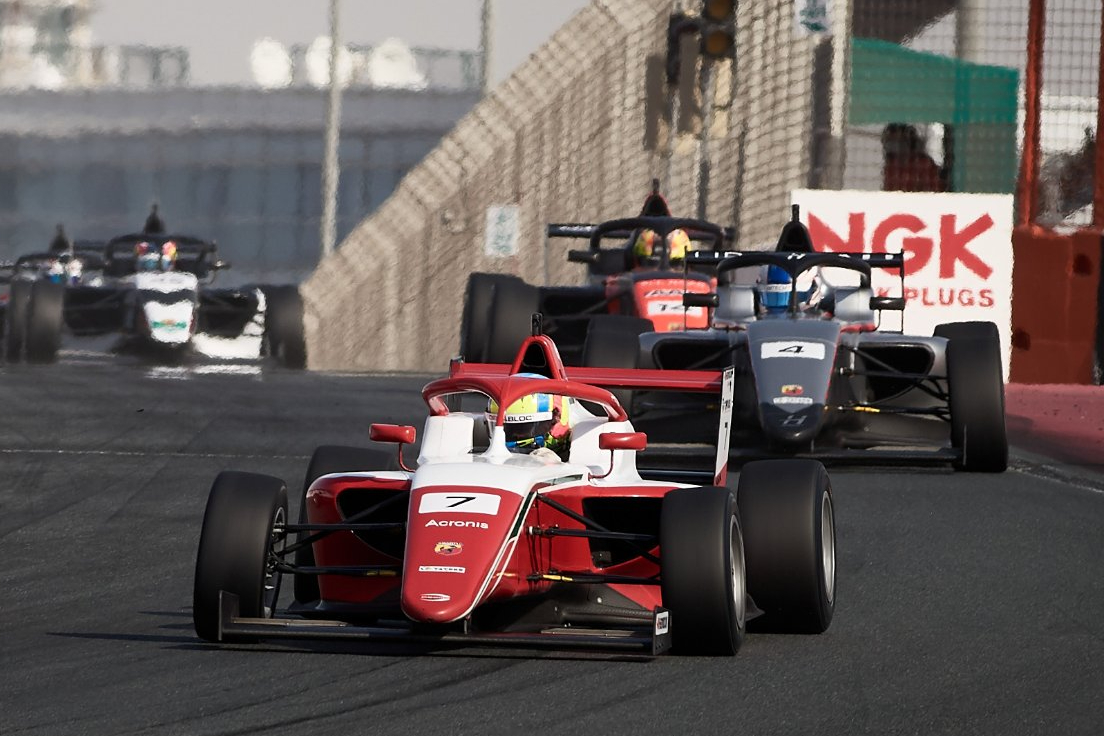 Prema’s Charlie Wurz extended his Formula 4 United Arab Emirates lead with a hard-fought victory over Luke Browning in race three of the weekend at Dubai Autodrome.

Wurz moved into the lead on lap four of 13 and had to withhold a race-long challenge from Hitech GP’s Browning.

The gap between them was down to 0.405s on lap nine, but Browning was unable to find a way past. Wurz dealt with the pressure, putting in the fastest lap of the race on the penultimate lap to extend the gap to over 1.2s at the finish.

Once in front the pair had pulled quickly away from the remainder of the field, finishing over 9s ahead of Xcel Motorsport’s surprise polesitter Ivan Domingues.

The rookie had led from the start, rapidly coming under pressure from Wurz and Aiden Neate (Abu Dhabi Racing by Prema). Domingues dropped back to fourth at the end of lap four but recovered to pass Neate on the following lap to claim the final podium place.

PHM Racing’s Nikita Bedrin charged through the field from 11th on the grid to close to within 0.658s of Domingues at the end.

Neate came home fifth, ahead of Bedrin’s team-mate Taylor Barnard and Hitech’s Alex Dunne. However, Barnard’s pass on Dunne is being investigated by the stewards.

The winner of Saturday’s two races, Rafael Camara, did not figure in the lead battle, gradually dropping back from his third-row grid slot to take ninth, behind Conrad Laursen.