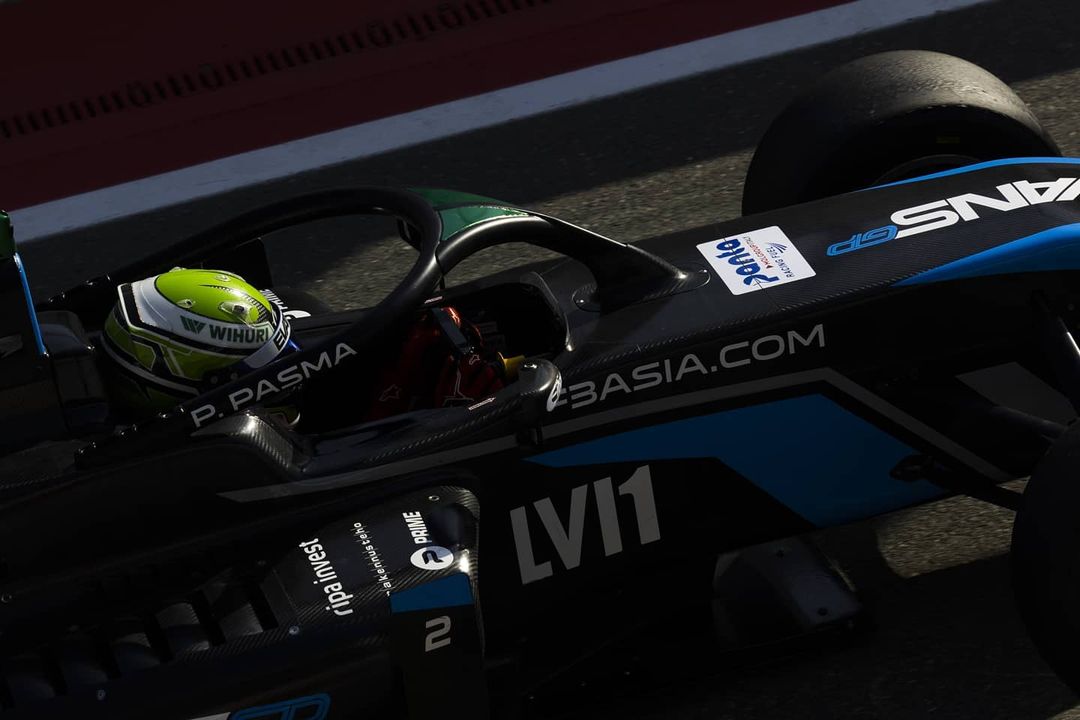 Francesco Braschi had reversed grid pole, while Dilano van’t Hoff started third but stalled and plummeted to last before the first corner.

Ollie Bearman charged up the order on lap one, successfully challenging Braschi for second position. Braschi had already lost ground to Pasma, after he passed through the opening corners.

The race was then interrupted by the safety car as Hamda Al Qubaisi retired after stopping on the pit straight.

On the restart, Braschi was under pressure from Crawford down the pit straight. The pair battled for third, with Crawford being set wide as the pair raced wheel-to-wheel.

This gave chance to Gabriele Mini, who had now closed in on Crawford, but the Italian racer went wide and lost two positions. It was a lap later until Crawford was able to pass Braschi to claim the final podium spot.

Pepe Marti and Arthur Leclerc were also close behind and quickly able to put Braschi under even more pressure. Marti passed within a lap as the pair battled through the final three corners of lap seven of 15.

Braschi was then given a drive-through penalty, taking him out of the battling.

In the final laps, the fight for second came alive once more while Pasma raced away up front. Crawford attempted to pass Bearman around the outside of the first corner, the pair banged wheels but Bearman was defending and able to stay ahead.

They continued to battle wheel-to-wheel and Crawford was able to finish in front of Bearman, after passing around the outside of the final corner, in a dramatic photo finish.

After his stall, van’t Hoff recovered to 14th place.