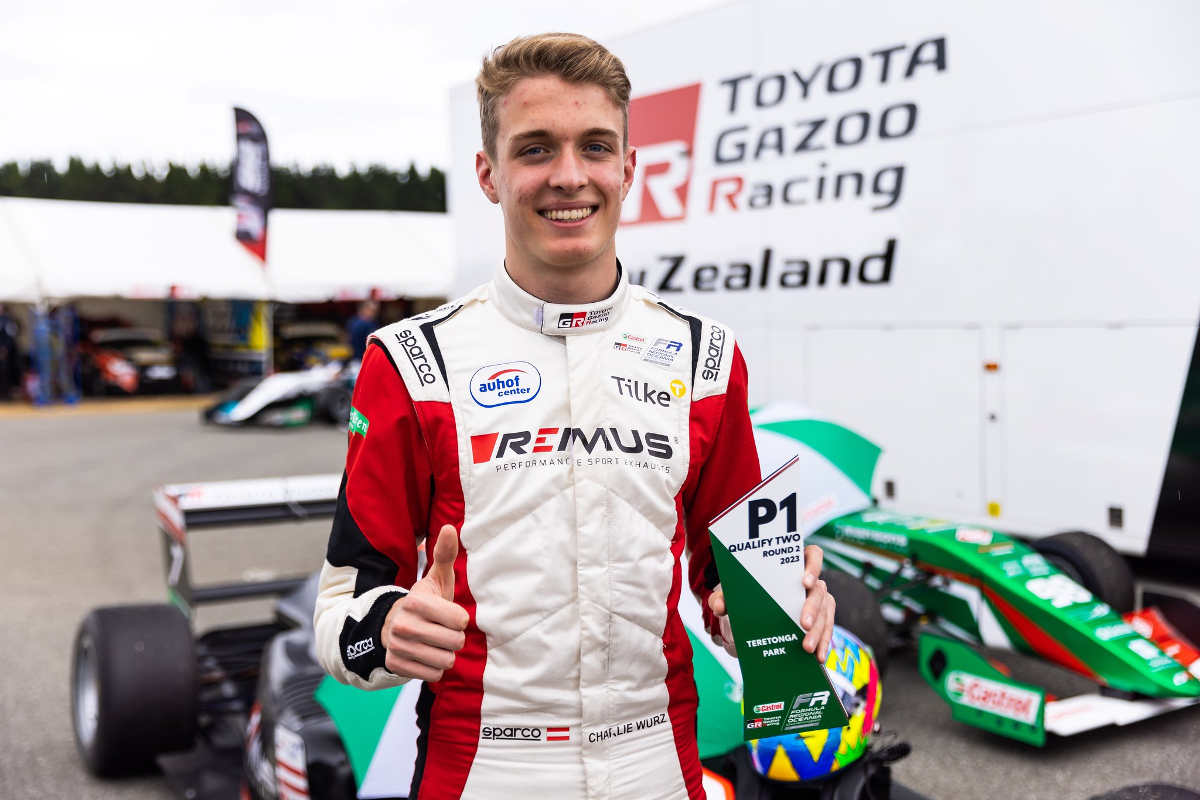 Tom McLennan went to the top once flying laps were set, with James Penrose then being first to set a sub-minute lap while Chloe Chambers had an off.

Josh Mason briefly went fastest afterwards, before Jacob Abel brought the pace down to 55.589 seconds. Hedge went 0.412 seconds faster with his fifth lap, with the M2 Competition pilot at the back of the queue of drivers.

Wurz was next to set the pace, moving 0.289s ahead of Penrose but then being unable to improve afterwards. However nobody else could either until just over a minute to go when Abel rose to fourth place.

Penrose cut Wurz’s pole gap down to 0.230s with 35s to go, and Liam Sceats jumped up to third as the chequered flag came out. Several drivers were able to improve on their very last lap after that, including Wurz who guaranteed himself pole position with a 54.053s lap.

Penrose set a 54.261s and looked to have secured second place, until Hedge at the very end nabbed a front row spot for the feature race with a 54.173s lap.