World Series by Renault to race at Jerez in 2014 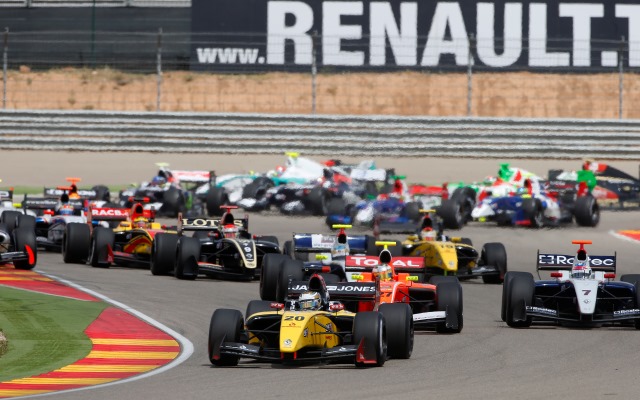 The World Series by Renault will race at the Jerez circuit in Spain next season after a deal was struck between Renault and the local authority.

These days a regular host of Formula 1 pre-season testing, Jerez staged Spanish and European Grands Prix in the 1980s and 1990s and is also the location of the Spanish motorcycle Grand Prix.

“We are delighted to have set the seal on this partnership with the city of Jerez,” said Renault Sport Technologies CEO Patrice Ratti.

“It is a track with a special place in the history of motorsport, and we will use all the know-how we have acquired over the last ten years to make the World Series by Renault meeting at Jerez an event not to be missed.”

“The arrival of the World Series by Renault in Andalusia is great news for Renault Espana,” said the company’s Head of Communications Jesus Presa. “We are very proud of this development, especially for the gearbox factory in Seville, which employs more than 1,000 people.”

The Mayor of Jerez de la Frontera, Maria Jose Garcia Pelayo, added: ?An important event like this is a big occasion for Jerez and gives us the chance to show what infrastructures we have to offer and the quality of our services. We are expecting around 50,000 visitors and 6,000 overnight stays in the city?s hotels.?

King quickest in both practice sessions at Nurburgring