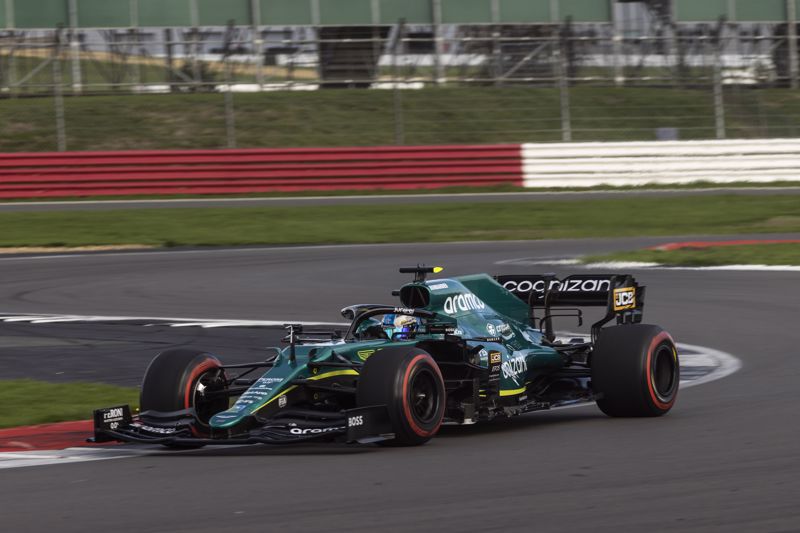 Williams junior Zak O’Sullivan conducted his first Formula 1 test on Tuesday, although it was with the rival Aston Martin team.

The test was a prize for O’Sullivan winning the 2021 Aston Martin Autosport BRDC Award, and took place at Silverstone in last year’s AM21 car.

O’Sullivan won AMABA after taking the 2021 GB3 title, and this year he raced in FIA Formula 3 and came 11th in the championship with a pole at Silverstone and two podiums during the season.

The 17-year-old’s first lap in an F1 car was completed on grooved tyres, before he switched to slick tyres to get his test properly underway.

“Pretty crazy. It’s a different world compared to what I’m used to in F3,” was his description of the test to Autosport.

“The first install lap was a big wake up call when I first went full throttle, I got put through the back of the chassis, basically.

“Towards the end of the day, I kept getting on to it. Obviously, a lot of areas to build on early on with the high speed and a bit of confidence in the car. A crazy experience, easily the fastest car I’ve driven and really enjoyed it.

“Obviously, the power is crazy. I think in general, the balance is a lot more predictable and stable in an F3 car because in F1 they have a bit more freedom to make the car as nice as it can.

“But the main thing was the brakes. I mean, the main limitation was my neck rather than the car. The braking is crazy.

“We were braking 15, 20 metres later that I would have in F3 and coming in 80 or 90 miles per hour faster. Pretty crazy, but I’m quite happy with where I got to at least in the last run.”

Luke Browning, his successor as GB3 champion, is awaiting a prize FIA F3 test and is also in contention to win AMABA as he is one of the four finalists for 2022. The others are USF Pro 2000 champion Louis Foster, FIA F3 star Ollie Bearman and W Series champion Jamie Chadwick.