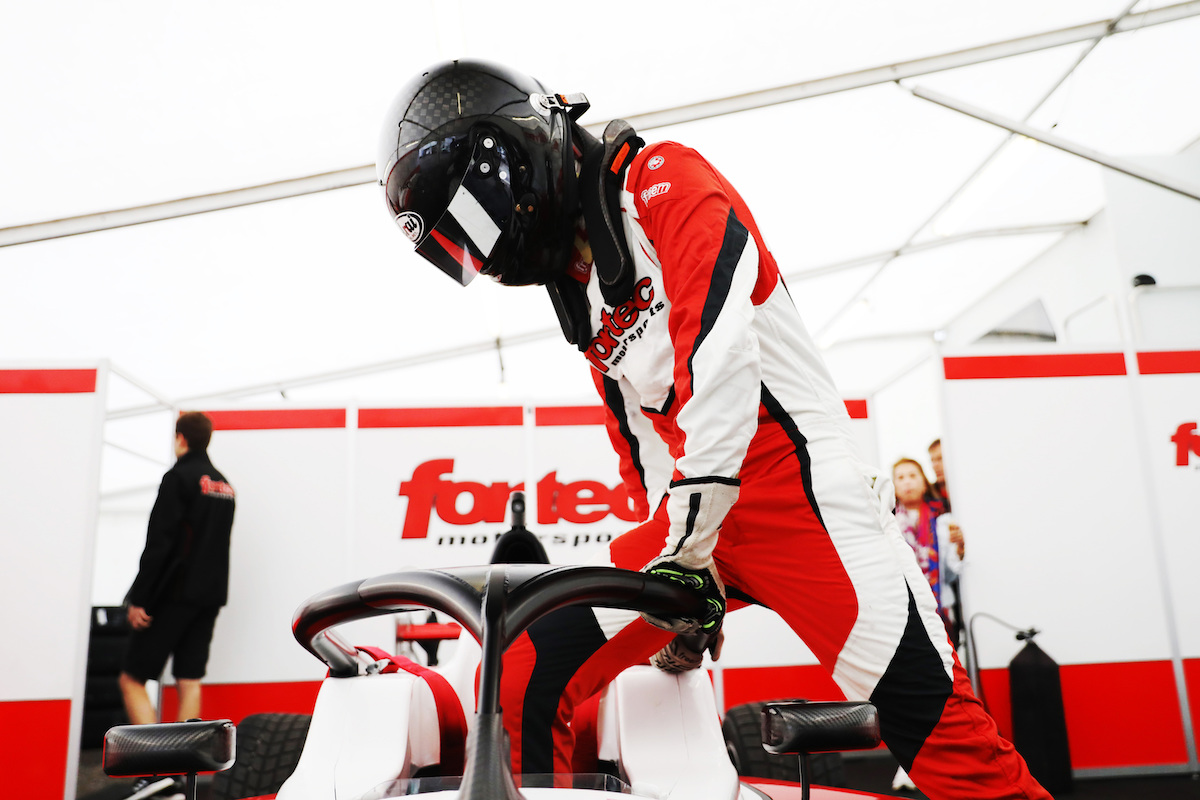 Following their end-of-season arrival in British Formula 4, James Higgins and Fortec Motorsports will compete full-time in the series next year.

Fortec raced full-time in British F4 from the series’ creation in 2015 until the end of 2021, and did plan to contest the entirety of 2022 with the new Tatuus T-421 car. However it instead focused on testing until it turned up to the final two rounds with 16-year-old racer Higgins who took a best finish of 12th from his six-race spell in the series.

Higgins debuted in the Ginetta Junior championship in 2020 and then contested the full 2021 season with the Preptech UK team, finishing 15th in the standings. In addition to his test and race mileage he’s already completed with Fortec, he will now embark on a full winter testing programme with the team.

“I’m really excited to announce I’ll be staying in British F4 for 2023, and with Fortec Motorsports,” said Higgins.

“The two rounds we raced in at the end of last year were really valuable, in terms of helping us identify where we need to concentrate our time and efforts on over the winter.

“Everybody at Fortec has made me feel really welcome since moving up to a race seat, and I’m confident with their help and support, I can keep progressing as a driver and be fighting up at the front next season.”

Fortec plan to run multiple cars in 2023, with British F3 now its sole single-seater programme since sellings its Euroformula cars, and team manager Oliver Dutton said: “James is definitely a driver with plenty of promise, and we’re very happy to have him confirmed and on board at such an early stage in the off-season.

“I think his performances at the end of the year certainly impressed a few people in the paddock, and with the benefit of a proper pre-season – and the knowledge he’ll be racing the full season at the end of it – we can make some serious headway over the winter.

“The standard of competition is always high in this championship, but he’s up for the challenge, and so are we.”