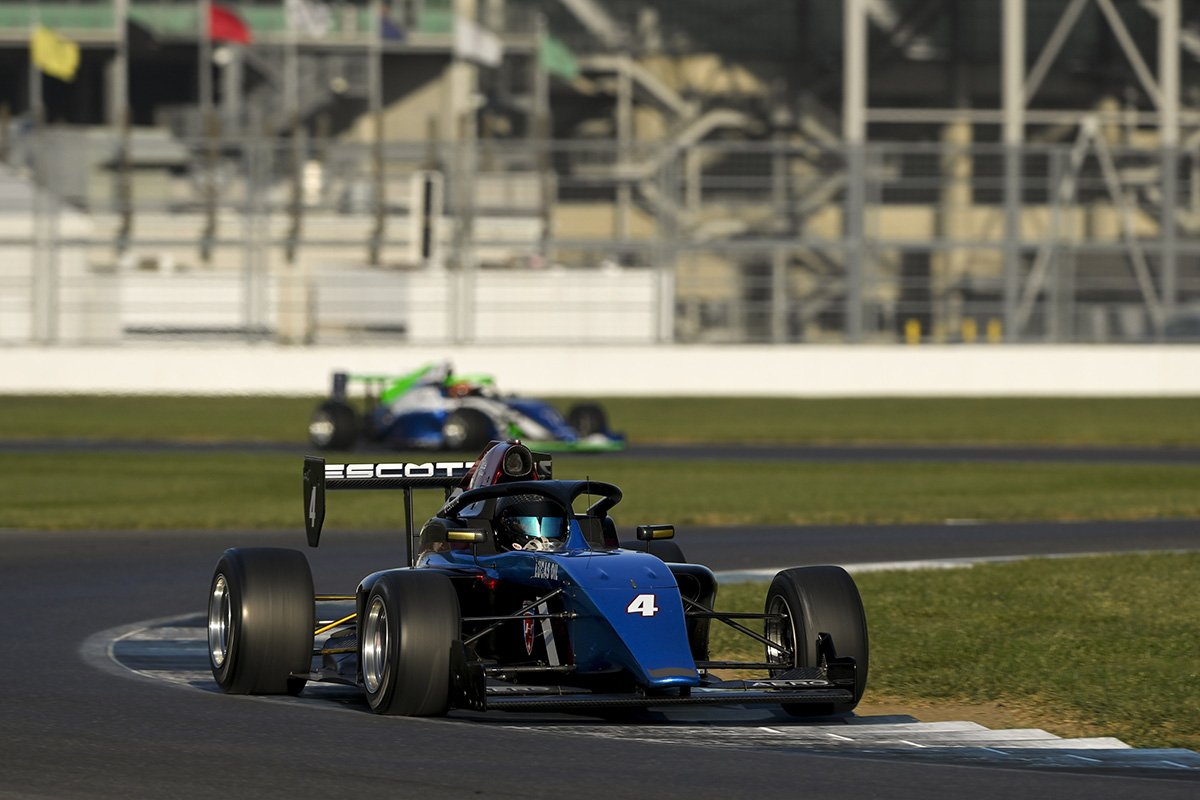 Jay Howard Driver Development has announced Ricardo Escotto as the first driver in its USF Pro 2000 line-up for 2023.

The Mexican joined JHDD last week for the series’ post-season test at Indianapolis Motor Speedway, and is now relocating his racing career back to North America after making his start in single-seaters in Asia and Europe.

Escotto began 2022 in Formula 4 United Arab Emirates, and was a points-free 25th in the standings in a car co-run by Cram Motorsport and Hitech GP. He then remained with Cram to race in Europe, doing two rounds in Italian F4 and currently places 22nd in the standings with one round to go.

“The car is amazing, a big step up from what I have driven in the past,” said Escotto on his step up to USFP2000.

“I look forward to working with Jay and his entire staff throughout the rest of 2022 and into 2023. I can’t wait for the first green flag of the season but until then, I will increase my training and preparation to ensure that I am 100% ready to go.”

Before single-seaters, Escotto spent four years in senior karting. He campaigned in the United States through 2019 and ’20 and then returning to his home country last year and finished 29th in SuperKartsUSA’s national Mexican championship for X30 Senior karts, although he only did one of the four rounds.

JHDD is set to announce several more drivers for its USFP2000 and USF2000 programmes in the coming weeks, and will be conducting private testing before next year’s Spring Training test officially kicks off the action on the IndyCar support bill once again.