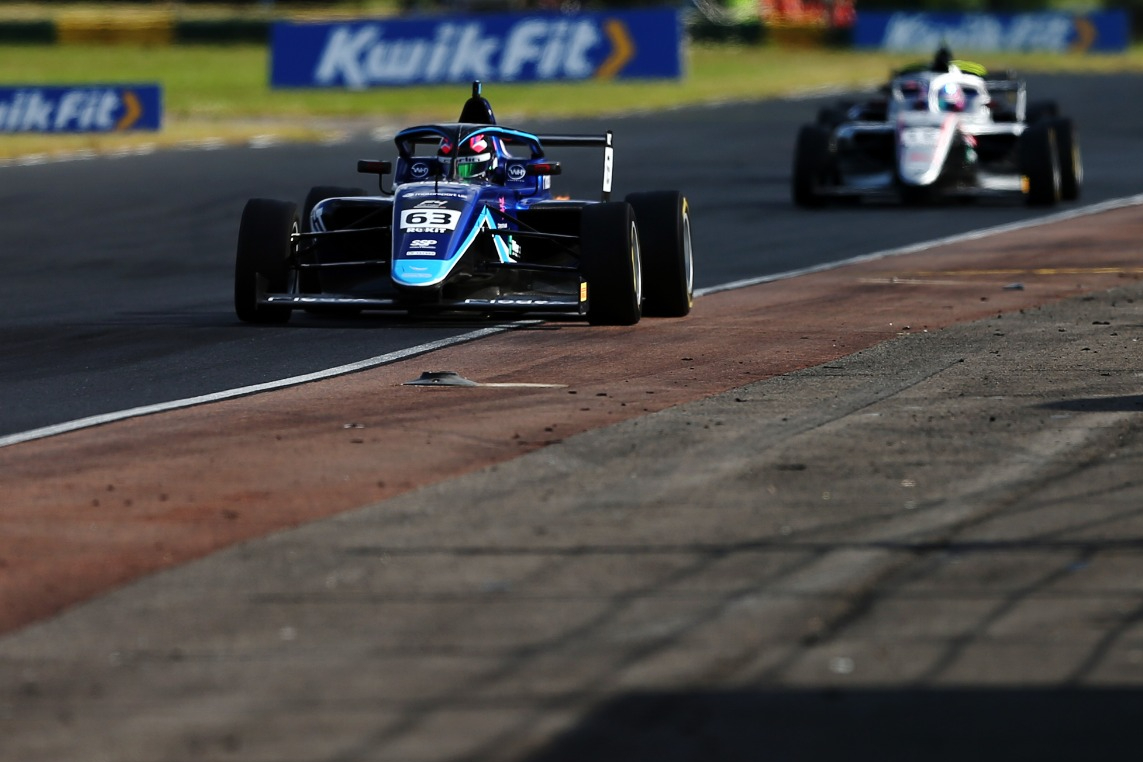 The race was split in two after an off for Joel Pearson brought out the red flags. On the restart, a lengthy safety car period paused running but Gray eventually came out on top.

Gray started the race from second but was promoted into the race lead when poleman Aiden Neate was handed a 10-second penalty for jumping the start. He hadn’t managed to overtake Neate on track before the race was neautralised after only three laps.

When the British F4 cars eventually lined up on the grid again, Gray was in pole ahead of Louis Sharp and Oliver Stewart.

Stewart got the best start off the line and Gray was shuffled back to second before the safety car was brought out following an off for Joseph Loake.

Gray stuck with Stewart on the restart and managed to get alongside the Hitech driver, but ran wide over the gravel and dropped back to third.

From that point on, Gray was untouchable and he finished 1.926 seconds ahead of the rest of the field.

Sharp and Alex Dunne followed Gray past Stewart not long after, and Stewart was demoted to fourth by the chequered flag.

Behind them, it was a dramatic end to the race for Daniel Guinchard and Ugo Ugochukwu. Both drivers had been handed three-place grid penalties before the start of the race for driving standards, and it was another challenging race for the pair. The two came together, leaving both cars so damaged they were unable to finish the race.

Neate had been making a good recovery from 10th on the grid, but had an off on the final lap and finished 10th.

Georgi Dimitrov had a quiet race, climbing up through the order to finish fifth ahead of Eduardo Coseteng, who stalled on the original grid.

Adam Fitzgerald was seventh, ahead of Michael Shin, Noah Lisle and Edward Pearson.