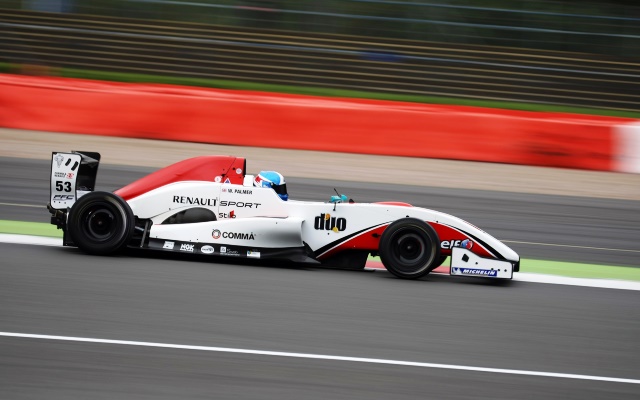 BRDC Formula 4 champion Will Palmer will make a full-time switch to Formula Renault 2.0 for this season with the ART Junior Team.

Palmer joins the category after making his debut in the Silverstone Eurocup round in September with the same outfit, scoring two top-10 finishes from the three races.

After the 18-year-old dominated his second BRDC F4 campaign and won the McLaren Autosport BRDC Award, moves into GP3 or Formula 3 had been explored for 2016 but he will instead commence a dual programme in the Eurocup and NEC championships.

?I?m really looking forward to racing in Europe next year for the first time, especially in a series as competitive as Formula Renault Eurocup, which has produced many great drivers in the past,” said Palmer, whose older brother Jolyon will race for Renault in Formula 1 this year.

“By combining a programme in Eurocup with one in NEC, I will have the opportunity to learn a huge number of high-profile circuits in Europe including Monaco, which will be an incredible track to race at.

“It?s also great to be joining the ART Junior Team, who I have experience of working with having raced with them at Silverstone last year.

“They have a long and successful history in the series, and I am confident that together we will be able to hit the ground running when the season gets underway in April.?

“We are delighted to enter Will as one of our drivers in both Eurocup and NEC Formula Renault 2.0,” said de Merindol.

“Already convinced by Will?s domination of the BRDC F4 2015 campaign, we were also impressed by the efficiency of his race craft and by the development of his speed during his very first FR2.0 race meeting when he joined our team in Silverstone.

“We are looking forward to continuing our work with Will into this year and have very high expectations for both championships.?