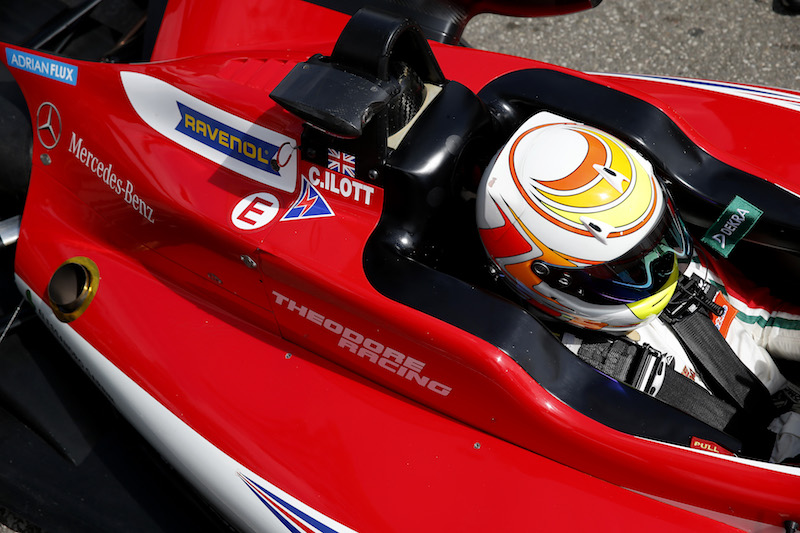 The Ferrari Driver Academy has been on a signing spree at the end of the 2017 season, and it has raised a few eyebrows.

Firstly it took on Callum Ilott, just days after the end of a European Formula 3 season in which he won six times, but where constant inconsistency meant he was never really a strong factor in the title battle as had been expected in his third season.

Then it announced the recruitment of Robert Shwartzman, a few days before the Formula Renault Eurocup title decider at Barcelona, which the Russian would go into already out of mathematical contention off the back of three erratic weekends, before which he had been the points leader.

However, despite their flaws, both drivers are undoubtedly rapid, and that Ferrari has recognised their potential and given them this opportunity in its junior programme is a refreshing antidote to Red Bull’s increasingly extreme quest for perfection.

Ilott’s situation is particularly significant in this context, having already been picked up and then let go by Red Bull previously.

Back then, he was signed up and placed straight into European F3 out of karts, in an attempt to replicate what Max Verstappen managed to do (independent of Red Bull) the previous year. By any normal metric, the 12th place he achieved in the standings in such a competitive field would have been seen as reasonable. But it was a long way off the benchmark set by Verstappen, and so he was dropped. 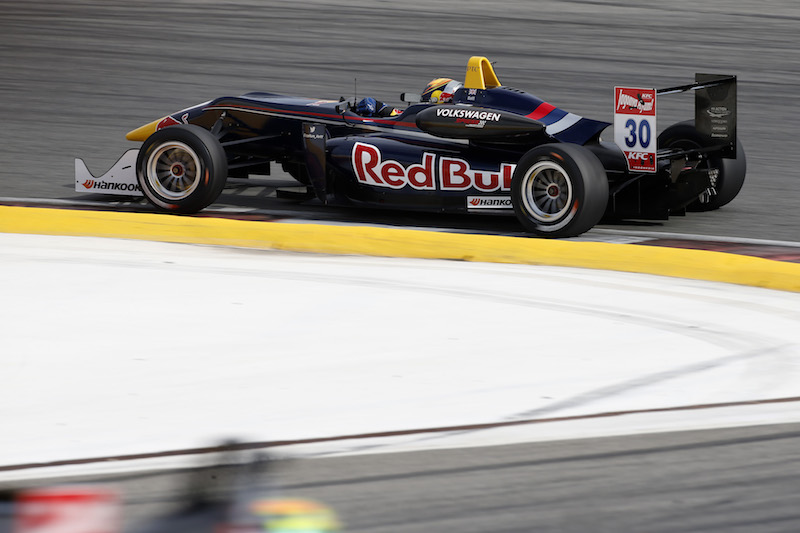 Of course, the Red Bull junior programme has always been tough, and high standards are understandable given the level of success it has enjoyed in Formula 1 and the strength of its?current driver line-up. But increasingly, it seems apparent that the achievements of Verstappen have raised its expectations for teenage single-seater racers, arguably to an unrealistic level.

Earlier this year, Helmut Marko was quoted as saying that aside from Formula 2 dominator Charles Leclerc, nobody in the junior single-seater ranks impressed him. Even Lando Norris, he said, made mistakes. Christian Horner repeated the same two names in a more recent interview, saying there was otherwise “a hole in the market” to explain why Red Bull had decided to sign four kart racers, and why Brendon Hartley had been brought in to race for?Toro Rosso, seven years after he was dropped from the Junior Team for his poor results.

Neither Ilott nor Shwartzman are perfect, and neither are ready to race in F1 yet, but both were aged only 18 when they were signed by Ferrari (Ilott hit 19 last Saturday). Sure, when Verstappen was 18 he was a winner in F1, but that doesn’t mean all other drivers should be being judged as a success or a failure at that age. At that age most are still learning, and the focus should be on their potential more than their current level.

Of course, when a driver gets everything together at that age it’s super-impressive, but that doesn’t mean their rivals should be written off just because they haven’t. Drivers develop at different rates, both naturally but also because of their environment.

Verstappen, Leclerc and Norris are three phenomenal talents that have been paired with three different forms of pretty extreme development. Verstappen was practically bred to be a racing driver, with an ex-racer father who nurtured him to be an F1 driver from not long after he was born. Leclerc has benefited from the knowledge and support of manager Nicolas Todt, and has been able to learn from some of the mistakes that his own late mentor Jules Bianchi made on the way to F1. For Norris meanwhile, resources have been no barrier to always having the right environment in which to develop, including lots of track time. 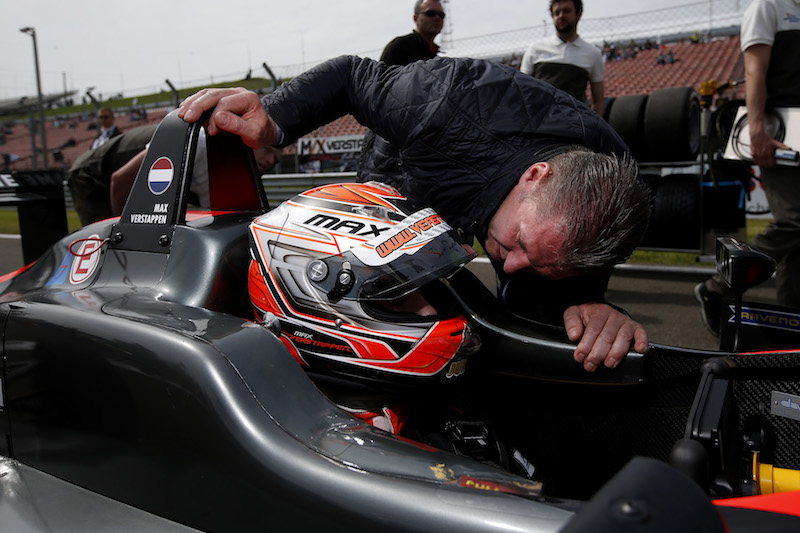 Most other drivers, however talented they might be, do not have access to those kind of conditions. That means mistakes, inconsistency and difficult periods are more likely, and expectations should be more reasonable.

So why has Ferrari made its two latest acquisitions? In the case of Ilott, it will probably not be a commercially beneficial deal for Ferrari, since he does not benefit from especially significant backing. So it is evident that Massimo Rivola and others involved in the Academy have seen something special about him while he has been driving for Prema this season alongside existing FDA driver Guan Yu Zhou.

That isn’t necessarily a surprise, because it’s well-known that Ilott is a driver with massive talent behind the wheel, it’s just that that talent needs some nurturing. His 2017 season in the European F3 championship was maybe not great for a driver in his third season in the series, but it was also his third season in car racing full stop. He’s still pretty young by normal standards.

His opportunity with Ferrari is well deserved. He was the only one of the highly-rated ‘big four’ in European F3 this year to not be supported by an F1 team or a major manufacturer, up against McLaren protege Lando Norris, BMW junior Joel Eriksson and Mercedes DTM reserve Maximilian Gunther.

Ilott came bottom of the pile of these four drivers in the final standings, but he was also the only one working effectively as an independent, without the kind of support that these programmes can provide.

For an example of the difference they can make, you need look no further than Ilott’s compatriot and former team-mate and rival George Russell. 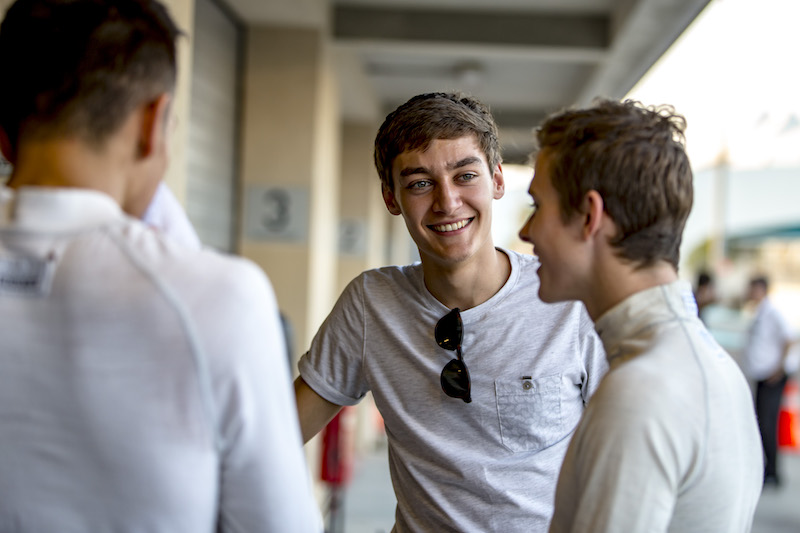 One year on from pipping Ilott to pole position at the Macau Grand Prix (which came a week before his first public appearance with the Mercedes F1 team in Abu Dhabi), the progress Russell has made since has been night-and-day. In his case, he’s benefitted from the financial support to put him into the top team in GP3: a scenario he never had in F3, where he struggled to make the most of his potential.

But there are also other forms of support Russell has been able to use to his advantage, from being able to use the simulator to prepare for his GP3 race weekends to support on a more personal level – in his case provided mostly by Gwen Lagrue, who signed him up to Mercedes in his new role there after he had Esteban Ocon to the top.

There is little reason why Ilott cannot achieve similar things if, as expected, he makes the move to GP3 to drive for ART next year. While he already had a competitive team in Prema this year, the financial support will help him with future programmes, but it’s really the other aspects of a typical F1 talent scheme that Ilott could really benefit from as he looks to turn his clear potential into the kind of results that will be expected of him.

With Shwartzman, there evidently is a commercial aspect to the deal, with his existing backer SMP Racing very much part of it – an extension of its existing relationship with Ferrari in GT racing. There is also the lure of simply having a young driver from Russia – a lucrative market for Ferrari – on the books, much like being Chinese is an important factor in Guan Yu Zhou’s membership of the FDA. 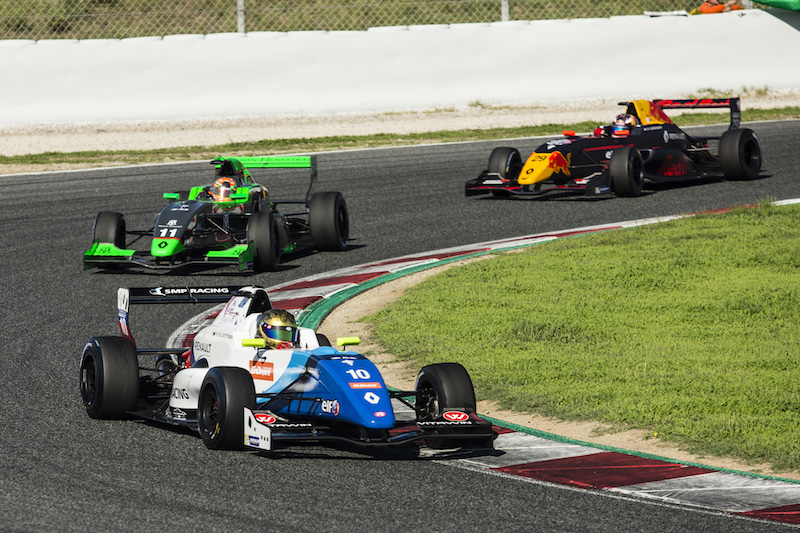 Shwartzman is a hot prospect regardless of his nationality and his sponsorship, though. If Ferrari had not snapped him up, it’s not hard to imagine that Renault would. Yes, he was firmly shaded by Lando Norris in 2016, but so was Sacha Fenestraz. By ‘normal standards’, they (and the other drivers at the front in Formula Renault Eurocup this year) are still pretty good prospects.

Speed has certainly not been a problem for Shwartzman this year. Like Ilott, consistency has been. But Shwartzman still has plenty of room to mature, and his performances in his early F3 tests with Prema sound promising. Pairing his pace with the kind of guidance that the FDA could provide could turn him into a very potent force.

They might not be perfect, but Ilott and Shwartzman are immensely talented, and with a bit of support they could just flourish.

And that’s just how driver development should be.

Juan Manuel Correa to do Toyota Racing Series with M2