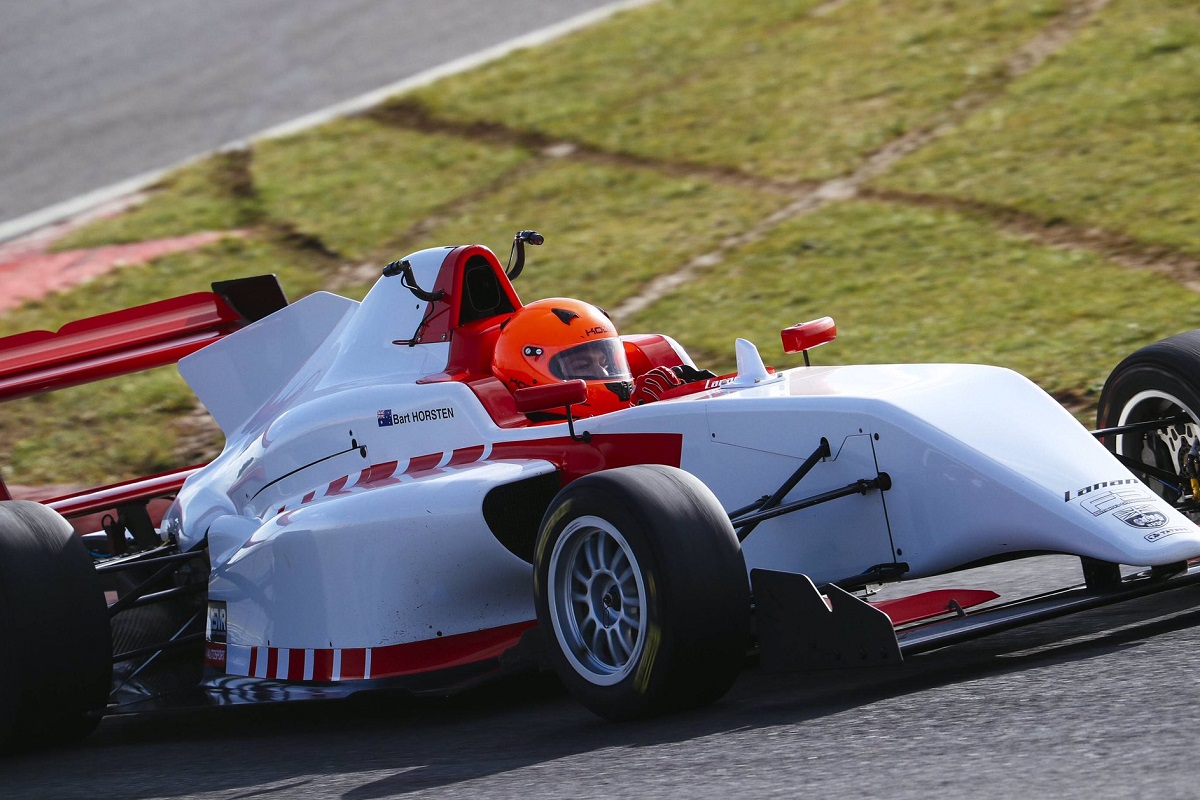 FIA-led changes abroad helped kill the British Formula 3 championship in 2014 after 35 years of action. The BRDC revived its own series two years later, and it too is now facing a European issue

For two years the Formula 1 world championship ran to Formula 2 regulations, and it wasn’t really until the latter year in 1953 that the championship could even be considered global. It’s these kind of historical quirks that make comparing eras difficult, and the same can absolutely be said of the state of Formula 3 racing in Britain.

A national championship was first formed under the name of ‘Autosport F3’ in 1951 and was won by future F1 driver Eric Brandon. It utilised the 500cc F3 regulations that were already popular in the country and still provide unbelievably close racing and entertainment in historic racing today with the Vintage Sports Car Club.

There were multiple series racing across England before the end of the decade, and when Formula Junior became the more popular formula it led to several of the F3 series changing name and rules to keep up grid sizes. By the mid-1960s there was a set of regulations and series recognisable as the type of F3 retired in 2019, but there was no official British F3 championship recognised by the Royal Automobile Club (which preceded Motorsport UK as national governing body) until 1979.

The British Automobile Racing Club and British Racing Driver Club had been running rival series for several years, with many drivers competing in both, and to simplify proceedings and costs for everyone they decided to merge. That relationship started with a 20-car grid at Silverstone on March 4 1979, and continued until its five-car demise on September 14, 2014.

That wasn’t the first time grids had shrunk, with problems arising as early as 1983 when the remaining teams decided to form a collective body to protect their interests. 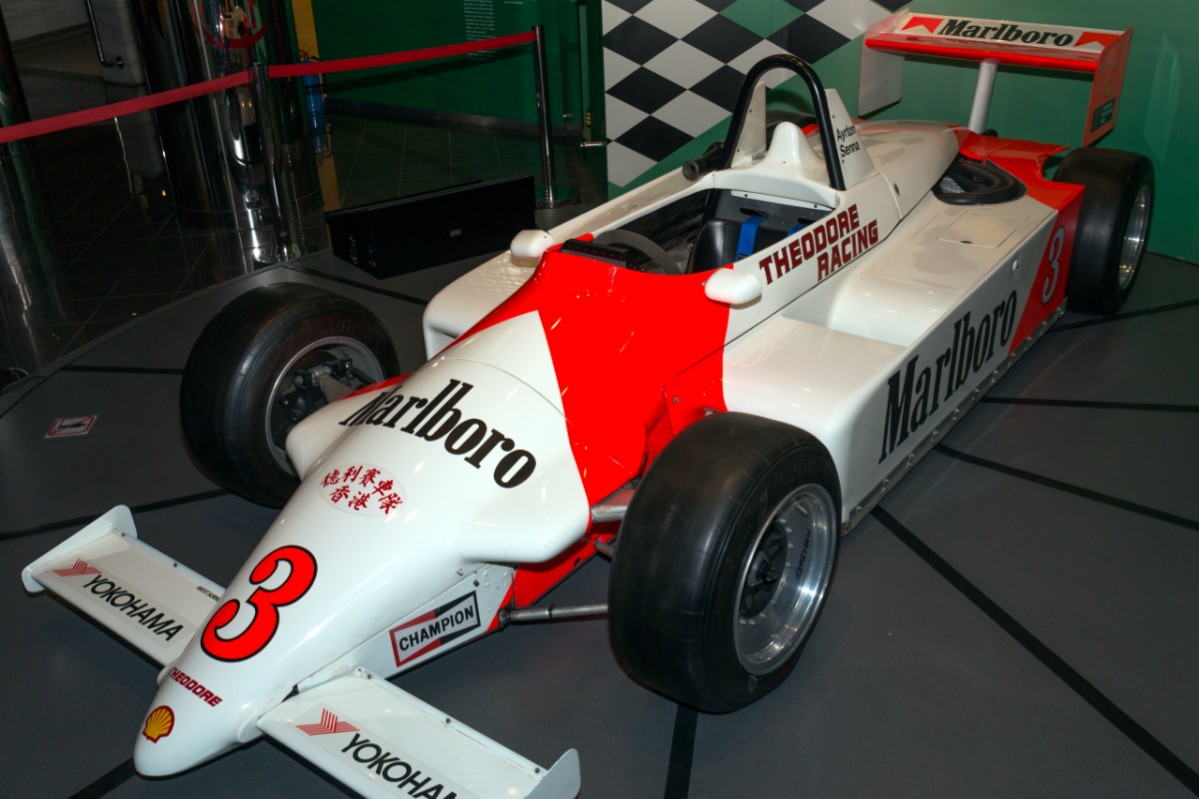 It did the trick, as entry lists were spilling over 40 cars before the end of the decade. The pros and cons of being an open formula were evident during this time, with shrinking entry lists the result of one chassis or engine combination becoming dominant, and those without that equipment (or on a waiting list to buy it) not appearing. The culprit in the early 1980s was the Ralt RT3. At other times, there was a wide variety of marques in the championship.

While cost was not as thorny issue as it is today, with budget tied more often to the availability of credit from banks, it was rarely controlled as teams went out testing as much as they could between races to experiment with their cars. Each new car required that kind of attention from teams anyway, with the manufacturer themselves not running on-track test programmes to eke out issues, and with a wide array of engine suppliers there were also more complications.

British F3 went through another evolution in the 1990s, as Italian manufacturer Dallara brought out its first monodamper-fitted pushrod car, which looked quicker and was stronger than its British-built opposition, and changed the market picture. It was still an open-engine series right until 2014, but it was otherwise an all-Dallara championship with ever-increasing costs as more international races appeared and the British circuits went through their own financial issues.

The relaunched FIA European F3 championship (taking on the name of the series than ran from 1975-1984) was populated mostly by the same Dallara F312 car and had an engine war, and from its 2012 creation it was more competitively priced than the self-branded British F3 International Series. With a DTM support slot and growing prestige, compared to the dwindling value of a British F3 title against the likes of Auto GP and GP3, the European championship was the way to go.

A rescue attempt by merging with the truly national German F3 championship failed, primarily due to their differing ambitions, and for 2015 the premier single-seater series in Britain ended up being Jonathan Palmer’s MSVR F3 Cup. 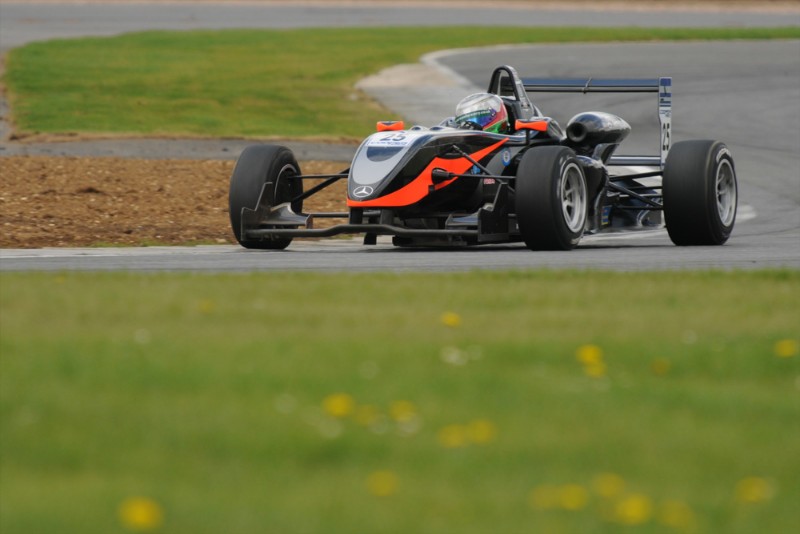 Palmer had already saved some struggling circuits, many of which were staples of the British F3 calendar, had his own club F3 series and a Formula 4-named series that had already launched the careers of Jake Hughes and George Russell. The FIA had its own F4 category that it wanted introduced to Britain, and while Palmer succumbed to its wishes by allowing the successor of British Formula Ford to take the name, he replied by seizing the initiative to rebrand his series as the new British F3.

The support for national F3 series was non-existent at the time, with the European championship and later the Macau Grand Prix being the only events privy to the FIA’s attention. This meant that Palmer’s BRDC-governed spec series, which upgraded its car to coincide with the rebrand, has had to seek permission to keep its F3 name (reviewed on an annual basis) despite not matching any F3 regulations. The fact that it does keep the name’s historic value is of great importance to competitors.

European F3 prices inevitably inflated too after a few years, and the FIA introduced regional F3 as a supposed replacement to the defunct national championships in 2018. While initially panned for not being representative of ‘pure’ F3 either, it’s been picked up across four continents and was considered by Palmer for his own series last year.

The regional F3 cars prepare drivers for the new FIA F3, which replaced European F3 and GP3 and currently sits on the F1 support bill, and as a result most of the regional F3 series have been given generous FIA superlicence point allocations. BRDC British F3 will have no such luck as long as it sticks to its current format.

That’s not to say that a wrong decision has been made in sticking to its guns, as aping the European series was arguably what led to British F3’s 2014 downfall. Upgrades have been made to the current car to satisfy the FIA too, with a IndyCar-style cockpit fin as front of the cockpit being introduced to deflect debris, strengthened crash structures, revised bodywork that enables higher downforce levels and allows for more set-up freedom, and new 230bhp 2.0-litre Duratec-based engines from Mountune.

All of these changes contribute to a more attractive championship without the price hikes that the Formula Renault Eurocup and even Euroformula have ended up with in their pursuit of remaining relevant and in the FIA’s favour. The latter series has rarely hit 20 cars in recent times, but nobody thinks it is in ill-health and the same can be said of British F3 – which has attracted an average grid of 17.4 cars from 2016-’19, peaking at 21 in its first races in 2016 and went as low as 14 a year later.

While the current British F3 visits Spa-Francorchamps in Belgium every year, and usually attracts a few new drivers in doing so, its remains a firmly local championship and attracts teams that find it more cost-efficient than F4.

A similar phenomenon has occurred in Formula Regional European Championship, the series the FIA effectively created regional F3 for to enable its existence. The larger foreign teams have complained to Formula Scout about a ‘regional’ series racing predominantly in Italy, and it is certainly not reflective of what the series intends to be, but attracts entries nonetheless.

It’s not just small teams that have found British F3 to be more suitable than alternative championships above and below it on the road to F1, with Lanan Racing’s recent signing Piers Prior being the perfect example. He has been seeking a move into single-seaters for several years but lacked the budget, and British F3 has a car that’s friendly enough to absolute rookies as well as being good for racing and television as part of the British GT support package. Paid drives can be found there too.

Last year’s Aston Martin Autosport BRDC Award finalists were all British F3 graduates, and every winner since 2014 has been experienced in BRDC F3/F4. F1 and IndyCar boast stars of F3’s 2016 grid, many of whom moved up from British F4 in a practice that continues with success today.

While it’s clear the spec F3 series on the continent can coexist with Britain’s own equivalent, with costs importantly remaining in check and valid routes to professional careers continuing, there is one factor that may go against Britain’s solo approach.

Britain’s departure from the European Union has made it less attractive to international series due to the increased complexity in customs arrangements from 2021 onwards, and the Eurocup and W Series could join Euroformula in skipping on visiting. This is a loss for everyone, although some continental teams will be pleased to avoid the trip across the English Channel. The secondary impact on Britain’s single-seater scene is difficult to predict, but the signs are the current British F3 can continue in good health.