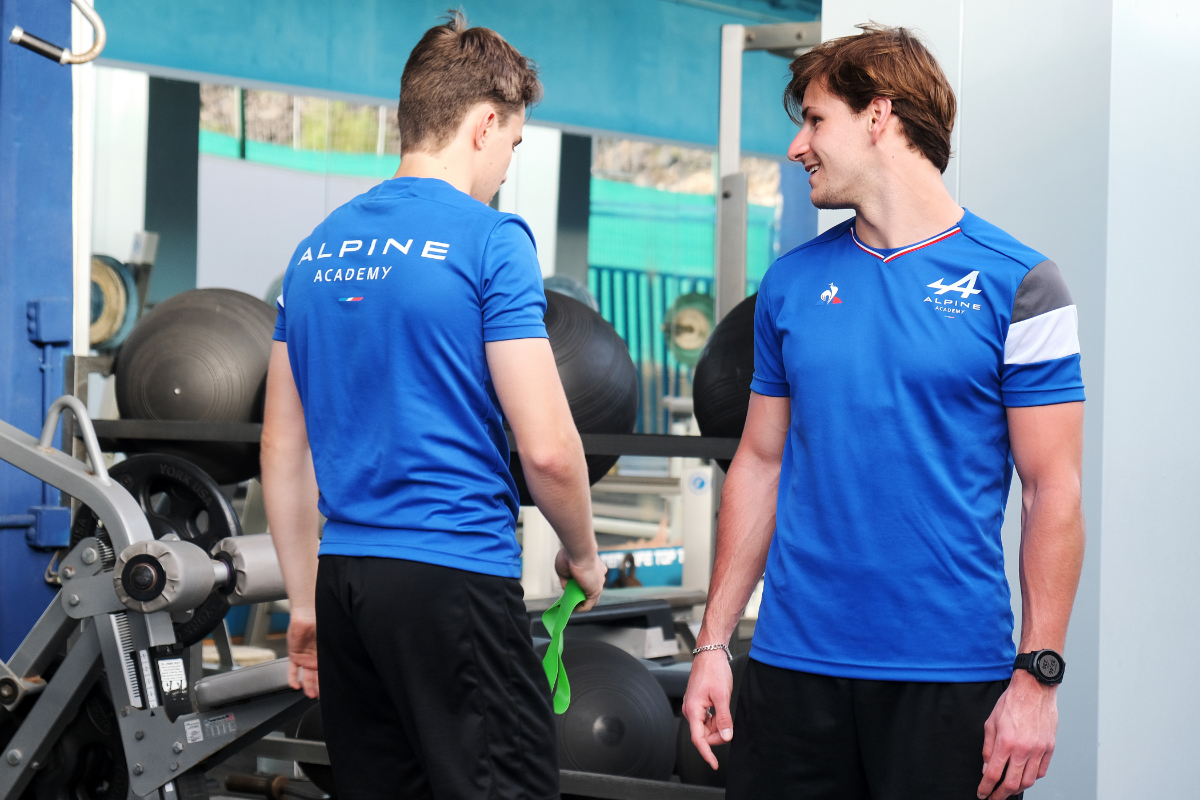 It’s more than just a new name at what was the Renault Sport Academy, as 2021 marks the start of a strategy for a brand that looks like it’s trying to do everything in motorsport at once in a colossal marketing drive

Most automotive manufacturers don’t have a motorsport programme to hide behind when they’re sales figures are falling, their board is in an uncomfortable situation and they’re laying off staff as the result of a global pandemic, and of the manufacturers that do have racing efforts to promote in the meantime their lives has been no easier.

In fact, stretching the wallet to finance a competition department – or to aid a partner in development of a competition car – arguably puts even more pressure on a company because motorsport is very rarely a money maker. What’s the old saying about starting F1 teams? The easiest way to become a millionaire is to start off an Formula 1 team as a billionaire.

Money rules, and therefore marketing does too, and a lot of the talk of ‘promotion’ in Alpine F1 Team’s reveal of its new Alpine Academy wasn’t of drivers moving up series but of the marketing value it was going to present the brand in the future.

In comments made by Alpine to this writer prior to the Academy’s launch, it was clear that it was absolutely in the brand’s interest to have its signed drivers for 2021 being involved in more than just their main role, whether that be F1 or beyond.

That’s because this comes in the context of a huge restructuring of Groupe Renault’s motorsport involvement for 2021. The Renault F1 team has been renamed Alpine, with a reshuffling of the internal structure at Enstone, while the Signatech-partnered prototype racing programme has expanded into the top LMP1 class running a rebadged 2018 Rebellion RB13 car.

Signatech, best known in junior single-seaters for dominating the 2010 Formula 3 Euro Series in alliance with Volkswagen and with Edoardo Mortara at the wheel, has also developed Alpine’s A110 road car into a rally car. Alpine F1 driver Esteban Ocon drove the unmodified version for several stages of this year’s Monte Carlo Rally, which Alpine has won in the past. 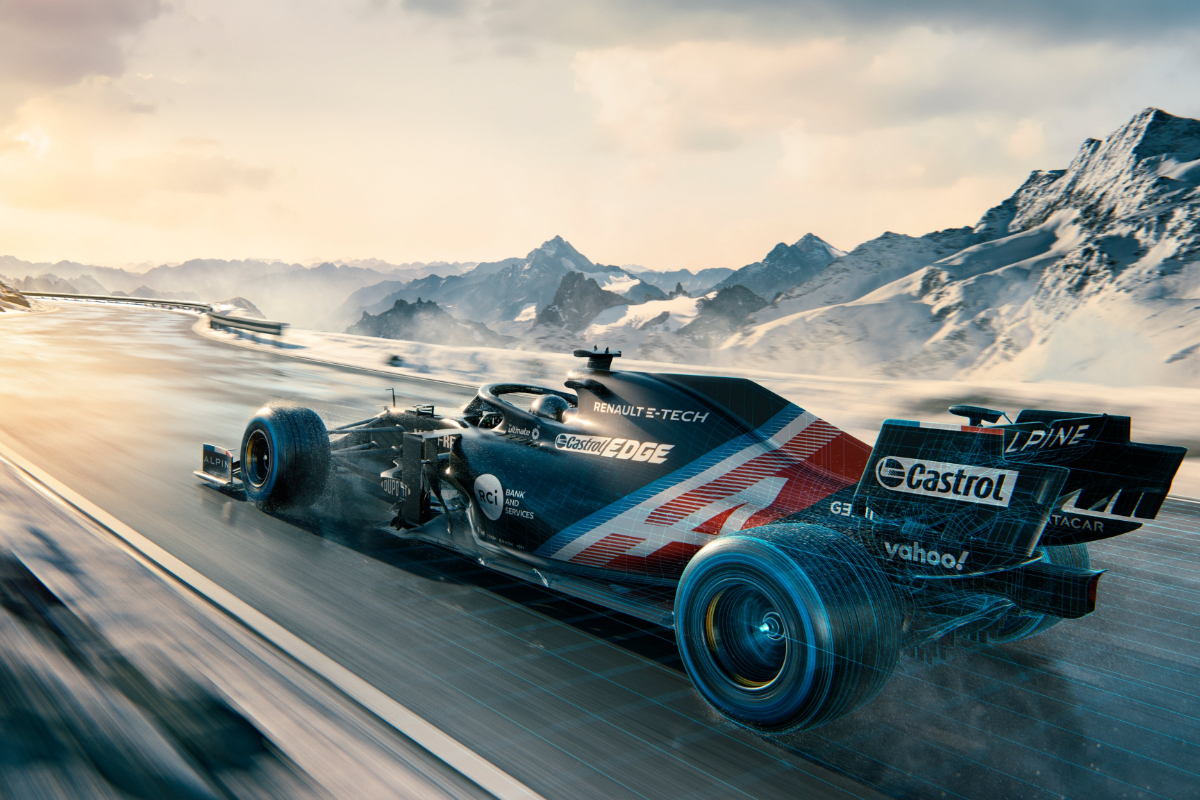 Formula Scout put the above factors to Mia Sharizman, who directed the Renault Sport Academy and now its successor.

“Yes, it’s true,” said Sharizman. “We have [ex-MotoGP team boss] Davide Brivio, who will be coming in as the racing director.

“I’ve had the initial discussion with him on the direction of where we want to put [drivers] in terms of Alpine F1 team up in the Academy, up in Endurance Team, up in racing, the RGT programme. And I think that is something that we are working towards, and especially with the core drivers, the high-level drivers that we have in the Academy.

“We have the F1 route, we have a sister programme with the LMP1 programme now, together with Signatech, where they also compete in LMP2 in the World Endurance Championship. It’s something to look forward to, where the motorsports group is expanding and the connections are there and it’s something which will just be positive for everyone concerned. And especially for the drivers that we have.”

Since it was relaunched in 2016, the Renault Sport Academy failed to take any driver to F1 by its own means, although graduate Jack Aitken made it onto the grid at the end of 2020 after switching allegiances to Williams. If there’s no room in the F1 line-up now, Alpine can essentially repurpose its drivers to race in endurance racing instead.

For a French firm, winning France’s most famous race – the Le Mans 24 Hours – holds as much marketing appeal as F1’s global tour. This explicit advocation to give the academy a purpose beyond ‘producing an F1 driver’ makes far more sense investment-wise, especially given the work Alpine will have to put in to support its junior drivers this year, and contrasts with Aston Martin, which will have zero links between its F1 and WEC efforts (nor its young driver programme there), and McLaren – which has a sister IndyCar programme to F1 but no driver development programme at all.

Sharizman went into further detail on how COVID-19 has made the Academy’s responsibilities to its drivers far more difficult. 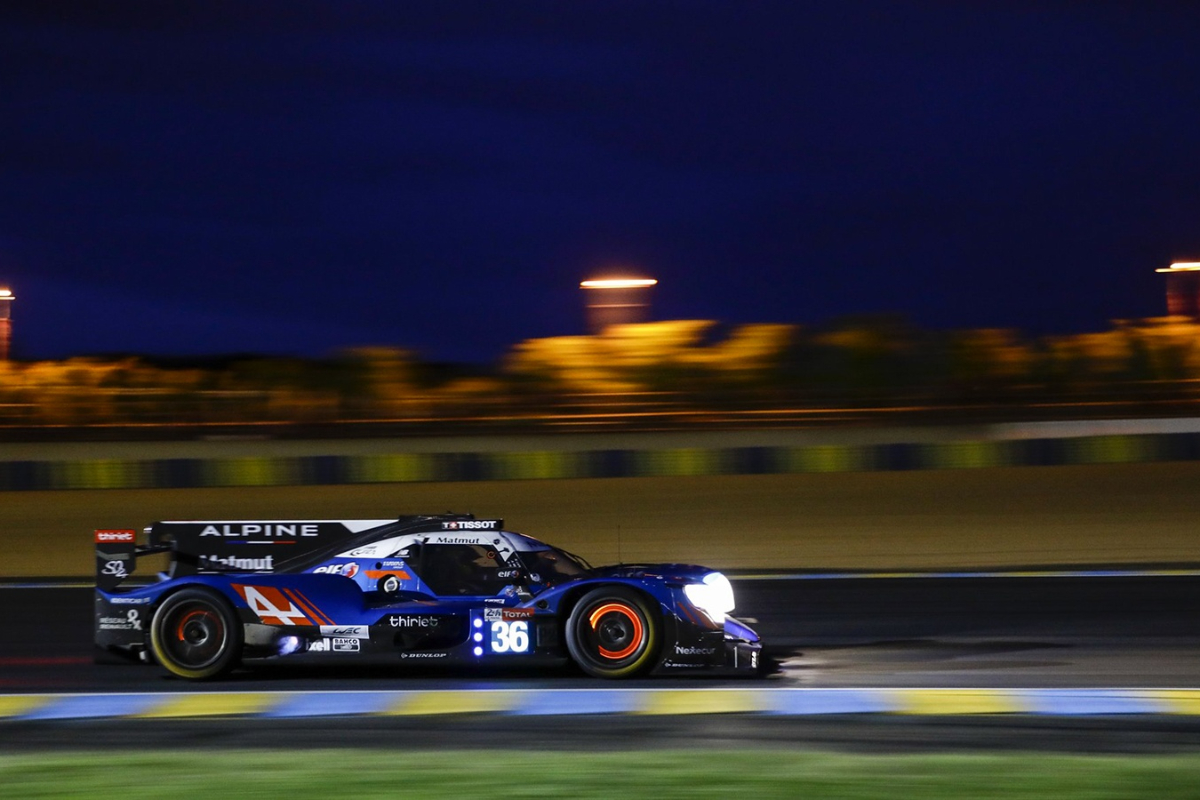 “We believed that it would be a more challenging year this year, compared to last year in terms of travelling,” he said.

“We have based them [the drivers] in Spain away from anywhere else for the next month. And then in the case of Oscar Piastri travelling from Melbourne, going over to Spain and then after this going over to Italy for a sim, going back to Prema and then going back again, it is a very challenging and the goalposts move every day. We have to check on the countries’ restrictions, flying restrictions every single day.

“Credit to the boys, credit to the drivers for at the end of the day we all want them to focus on what they can control for themselves, and it’s up to us to worry about it.

“It is a big task, and I think that’s something that from the Academy we provide the structure, we have the resources, we have the changes last-minute, we have the connections and that is something the biggest tool for us to help the drivers. The simplest thing, – trying to arrange them to have a sim session in Enstone – it’s a big, big problem at the moment and getting them a sim session somewhere, going for testing and stuff like that.”

Piastri isn’t the only Alpine junior in F2, as he’s joined by the returning Christian Lundgaard (ART Grand Prix) and Guanyu Zhou (Virtuosi). All three are well known to Renault/Alpine, and angling for a 2022 F1 graduation if results go their way.

“The first process, as it will always be, is results in the junior single-seater formulas.

“Secondly, will be all the various programmes that we do within the Academy that is connected to the F1 team. Meaning a simulator programme, to the private tests that we have with the F1 team.” 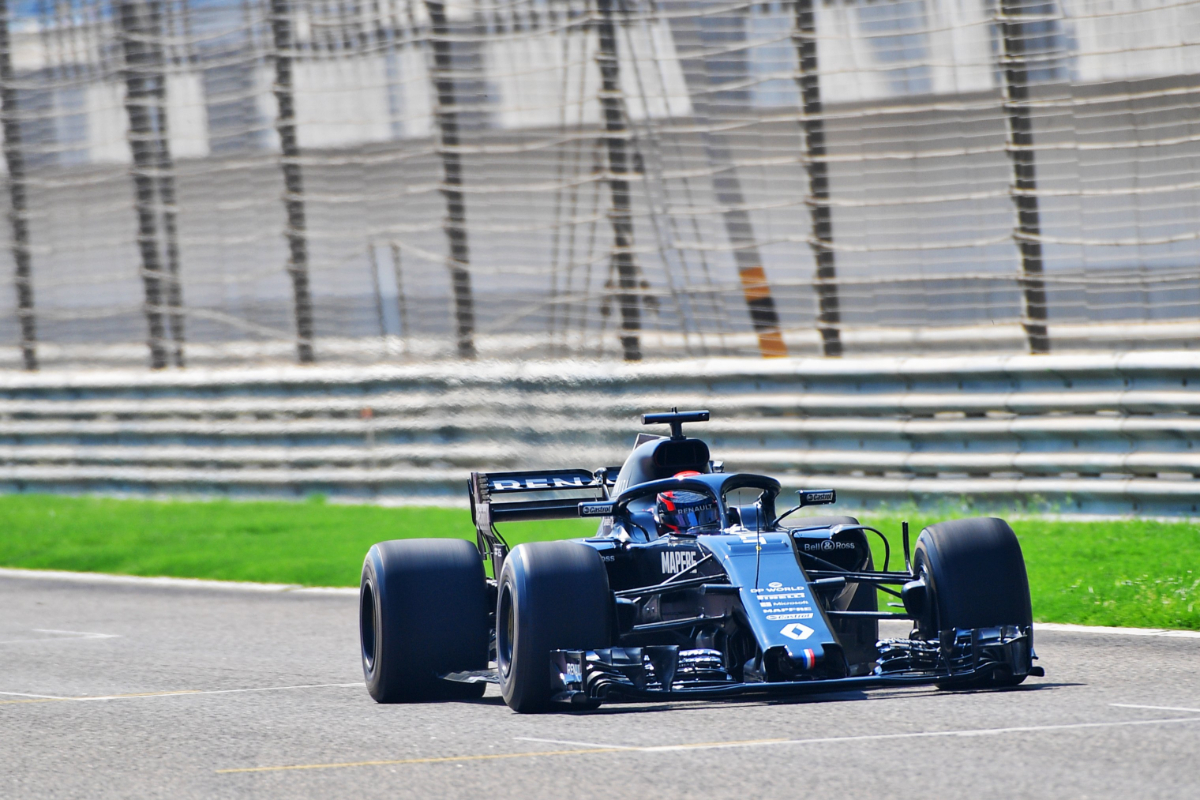 That second point is what Sharizman describes as being a “gradual process” and a “three-step procedure” that clearly can’t be rushed into a 12-month period. Step one is a first taste of F1 machinery in a two-year-old Renault chassis. Step two, which Lundgaard has begun, now awaits Piastri – who told the press how he is already trying to get a head start on the off-track requirements by learning Alpine F1 Team’s Enstone base and personnel as well as possible.

“The next step will be for him to go through for example doing a two-day programme,” Sharizman added.

“To understand from practice to qualifying to race, and that is something that we will analyse in concurrently with his F2 programme with Prema, as well as looking into his F1 test programme to see whether he is ready to jump into the main seat.

“Basically that will be the first two main big benchmarking that we look at, and as Oscar mentioned earlier with regards to how to integrate with the team, whether in terms of attending the races or whether the next step is being a reserve, being in FP1 and stuff like that. That will be the last part of it.”

Zhou is yet to secure an FIA superlicence so can’t technically fill the reserve driver role, but has already benefited from the extensive private test programme and will continue in an official test role as well as potentially appearing in F1 free practice.

In several of the press sessions at the Academy launch, Sharizman was questioned about how Alpine’s Renault powertrain not being used by other F1 teams makes it harder to place a driver in F1 if Alpine retains its current line-up for 2022.

The first time it was asked, Sharizman’s answer was:

“It is something that we have identified ways and means to ultimately get the drivers to our seat. [Even when] there is without a power unit supply or without any connection, there can still be a collaboration between other teams. I won’t divulge too much into it.” 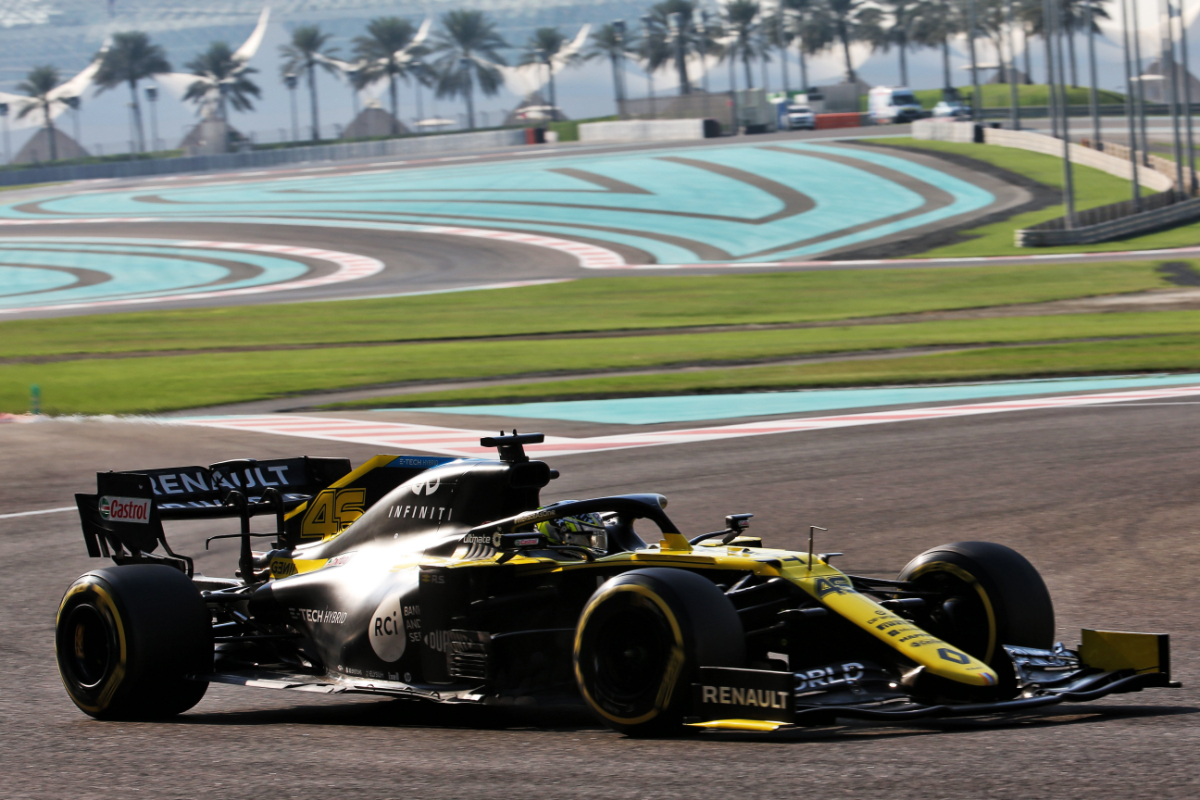 The second time around, Sharizman again said he couldn’t divulge too much, but his answer about the Academy’s plans to get its drivers into F1 was no less interesting.

“In the case of Zhou specifically, we started off the project three years ago with the aim of always that by the end of his three-year tenure in the Academy, that it was a once in a generation project. Especially for Zhou coming from China, we will never, ever see another Chinese driver for the next 15, 20 years gracing F3 or F2. And I think that is something from the team itself, from Groupe Renault, Alpine F1 Team, we are committed more than ever to make sure that happens.”

Positioning F1 as a market for those drivers was a unique perspective on what was a racing question, but it made sense given not only the importance to F1 that a Chinese driver could join, but also Alpine’s desire to keep on Zhou’s backers.

Alpine chief executive officer Laurent Rossi went even further with the rhetoric in his statement at the launch, quite unsurprisingly, but emphasised that the Alpine Academy was a restructuring and not a rebranding of its predecessor.

His opening words: “Identifying and supporting young drivers is a key, fundamental tenet of Alpine Racing. It is a chance for us to identify future champions and mould them to fit the brand exactly.”

“And in turn for fresh, young talent to contribute to the development of the team.” 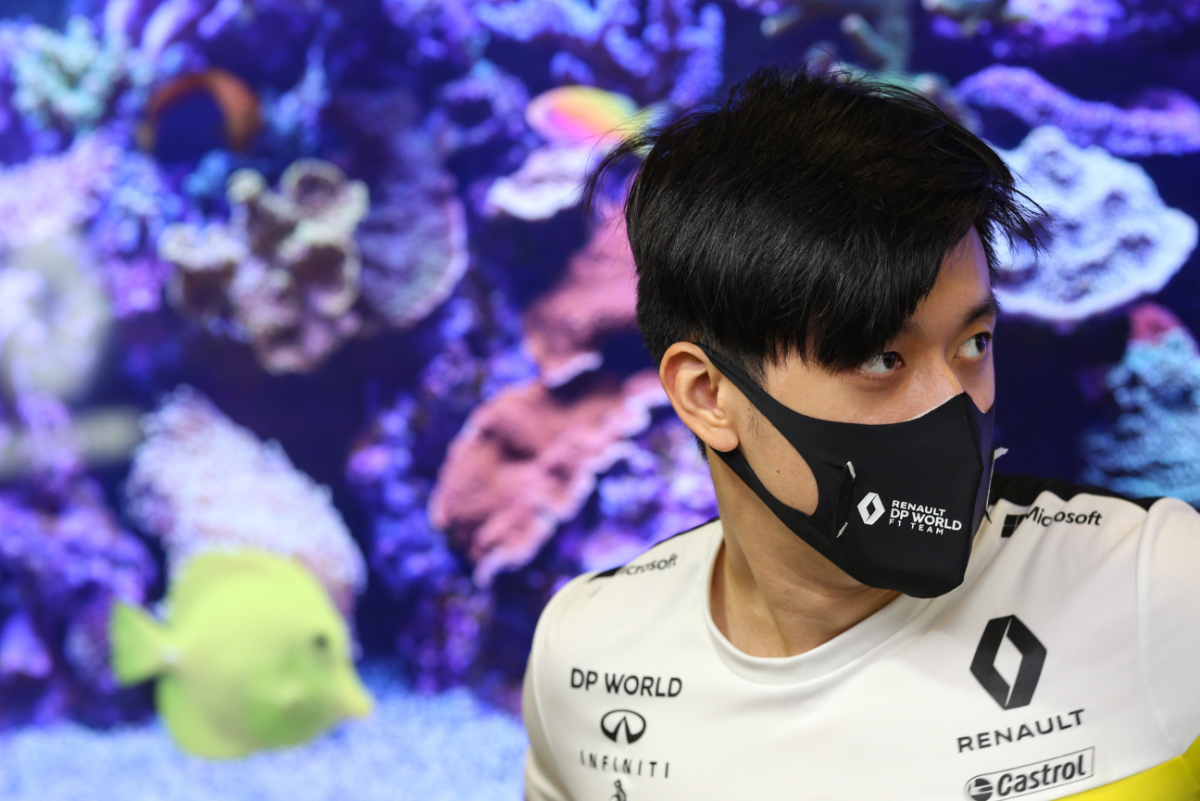 It seems that for the senior structure of Alpine, racing success will supplement marketing success at all levels of competition.

“Alongside, there are significant racing advantages, the Academy remains an important of Alpine’s marketing strategy,” he went on to say. “It is an opportunity for local markets to benefit from homegrown talents and brand exposure through the various marketing and press opportunities…”

Alpine’s juniors will be racing in 15 different countries this year on the F1 support bill as a result of F2 and the FIA F3 Championship supporting different grands prix, and it will be Academy returnee Victor Martins and his 2020 Formula Renault Eurocup title rival Caio Collet who will be representing the brand at MP Motorsport in the lower category.

The Eurocup is no more, with the Renault engines now ending up in rival Regional F3 series Formula Regional European Championship and being badged as Alpine units. While it initially looked like FREC was going to run under its existing Italian infrastructure, it now seems Renault Sport has increased its technical and promotional presence in the merger.

While no drivers active at that level will be part of the programme’s main line-up this year, the chances are that there will be Alpine Academy-affiliated drivers in the 10 or so teams that will populate the series – although Rossi was coy.

“The placement of the championship in the junior categories is different in light of the merger,” he revealed.

“We will continue however to look at the series as a feeder to the Academy. We feel this is a more equitable way of encouraging drivers to demonstrate and fulfil their potential in the series.”

The Regional F3 merger hasn’t changed FREC’s superlicence points allocation, but has significantly boosted its grid size, and Rossi’s corporate language is clear: Groupe Renault’s involvement in junior single-seaters is not just under a new name but with new objectives – and new means to achieve them – too. 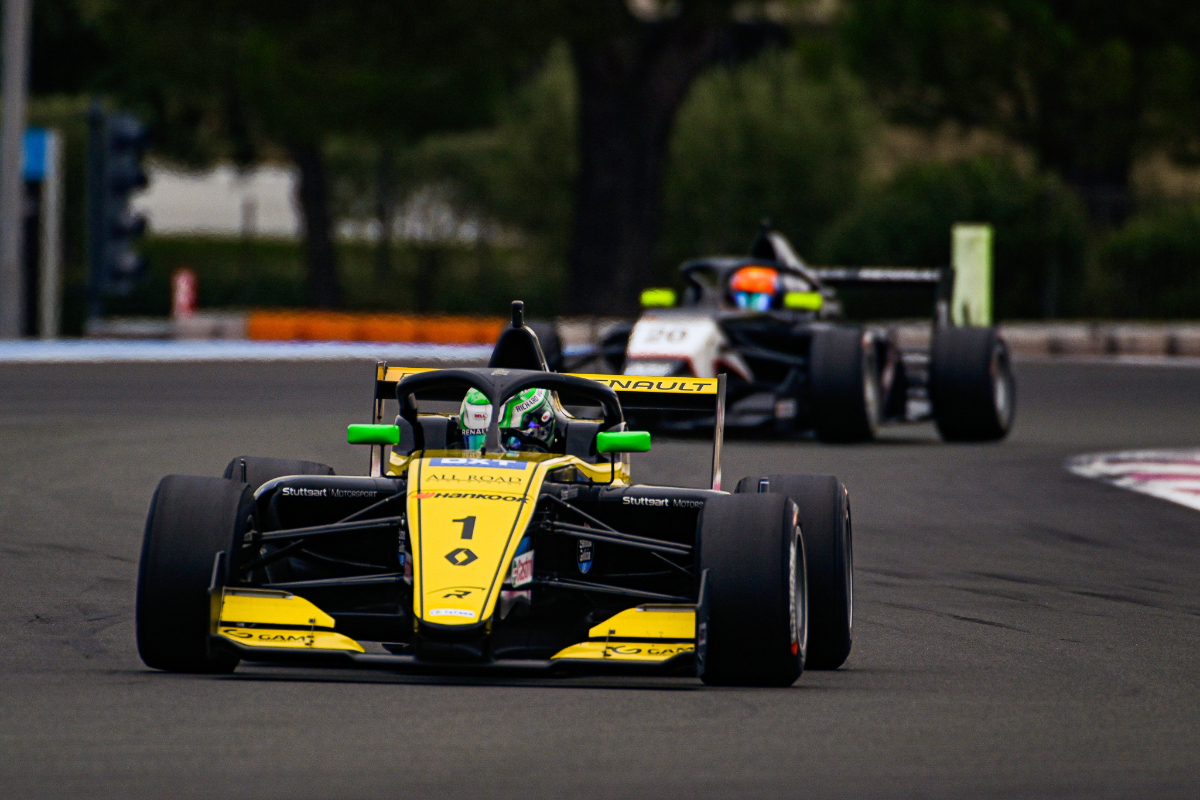