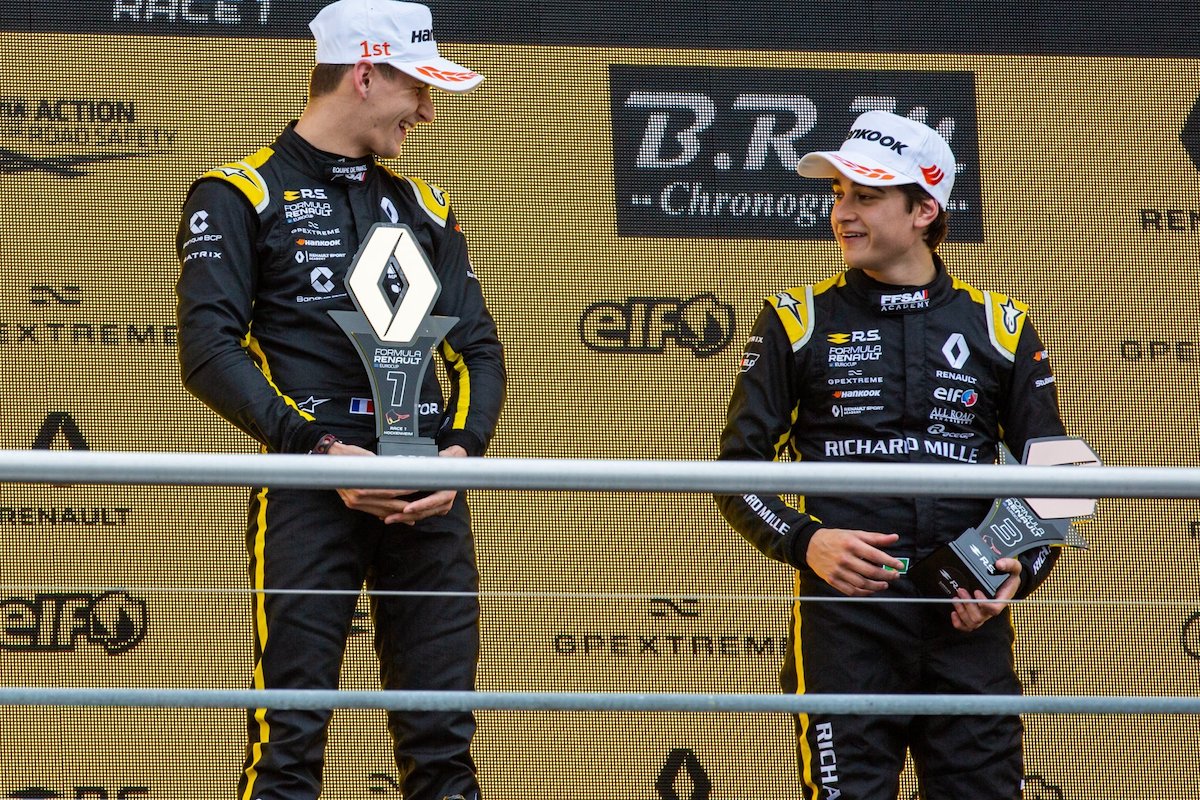 Formula Renault Eurocup champion Victor Martins has rejoined the new-look Alpine Academy and will line up alongside 2020 rival Caio Collet for MP Motorsport in FIA Formula 3 this year.

Martins was part of the Renault Formula 1 team’s academy during 2018 and 2019, but was dropped from the programme in favour of Oscar Piastri after losing out to the Australian by 7.5 points in their fight for the Eurocup title.

While Piastri went on to win the FIA F3 title in 2020, Martins remained in the Eurocup for a third season, leading ART Grand Prix’s return to the category. He claimed the title by 44 points over Renault-backed Collet.

With a place on the academy traditionally on offer to the Eurocup champion, Martins has now been welcomed back by the Enstone setup.

Martins has long been managed by ART boss Sebastien Philippe and tested with the team’s FIA F3 squad last October, but did not land a race seat for the team – which will field Frederik Vesti, Alex Smolyar and Juan Manuel Correa this year.

Similar was true of Nicolas Todt protege Collet, who also tried out with MP and with champion outfit Prema. The Brazilian enters his third year with backing from Enstone, having joined the programme when he won the French Formula 4 title in 2018.

“It’s my third year in the academy now, this year under a different name and different colours, but the people around us, they are the same. Really grateful for another opportunity and looking forward to this season,” said Collet.

Martins does know MP Motorsport well, having raced with the Dutch team during 2019.

“It’s amazing to be back in the academy. In 2020, I wasn’t able to have all the advice from everyone in the academy, so just giving me again great support for all the preparation live training camps, the physical side also,” Martins added.

Collet also commented on what it will be like to resume their rivalry but now as team-mates.

“It will be a nice experience, together with Victor in the same team it will be really nice,” he said.

“I think last year we did a nice season, and looking forward to what we can achieve together this season.

“We want to win, and me and Victor I think we are capable. I think we have a really good team behind us, really good people. It all depends on hard work, but I’m really motivated and looking forward.”

Max Fewtrell, who quit FIA F3 mid-way through the 2020 season, and Hadrien David, who raced in Formula Renault Eurocup last year, will no longer be a part of the academy, which will not include any drivers racing below FIA F3 level.