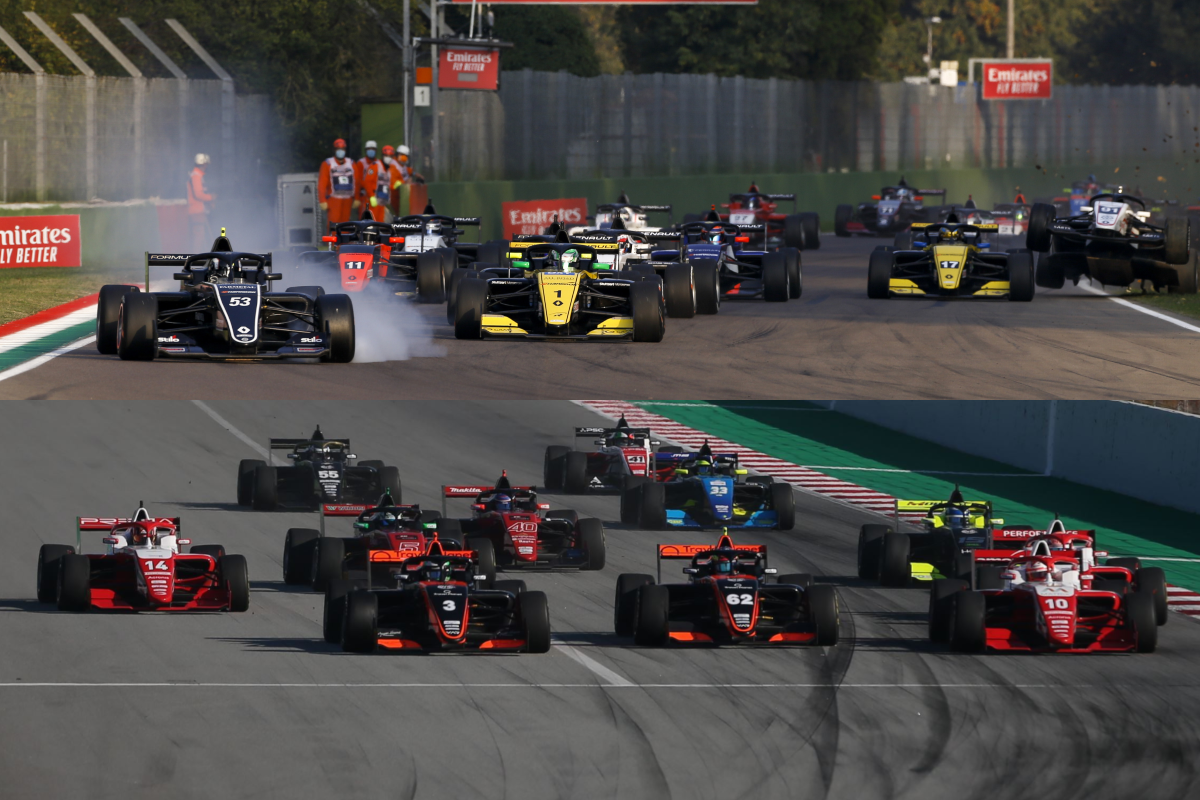 The FIA has announced that the Formula Renault Eurocup’s engines and race format will be adopted by Formula Regional European Championship for 2021. Is Europe’s F3 merger really as simple as that?

Just over two years on from the original decision by the FIA to grant ACI Sport the rights to the first Regional Formula 3 series in Europe on a three-season deal, a new arrangement has been made that incorporates Alpine’s return to single-seater racing as well as a female participation move that is all but admission that while W Series has worked as a publicity machine and engine for change, it stands in the way of the FIA’s goal to streamline the route to Formula 1.

Saturday’s announcement was light on details on the new iteration of Formula Regional European Championship, but that’s of no surprise given the blueprints for it were there to see on-track at both Barcelona and Imola over the weekend. However, teams aren’t as informed on what happens next as you would expect, with another week before an actual announcement is delivered to them (rather than the F1-watching press at Imola) on the guidelines for the future.

While the teams have been involved in the decisions behind the merger between FREC and the Formula Renault Eurocup, they and the promoters of both series genuinely had little idea what to expect from the FIA’s announcement. As one team boss said after taking notes from watching the announcement online: “We haven’t received anything.”

We know the Tatuus T-318 currently used by FREC and Eurocup will be retained, with Renault’s engines and FREC’s Pirelli tyres, and the goal is to have 10 two-race weekends in 2021 with three rounds taking place in Italy. Adopting Eurocup’s format is the preferred option for the FIA, but it means there will be fewer races than if it went with FREC’s current three-race weekends.

The latter part of the calendar equation is all but a given, with Monza and Imola already lined up to host, but it will be down to contract negotiations what happens with the other seven rounds outside of Italy. 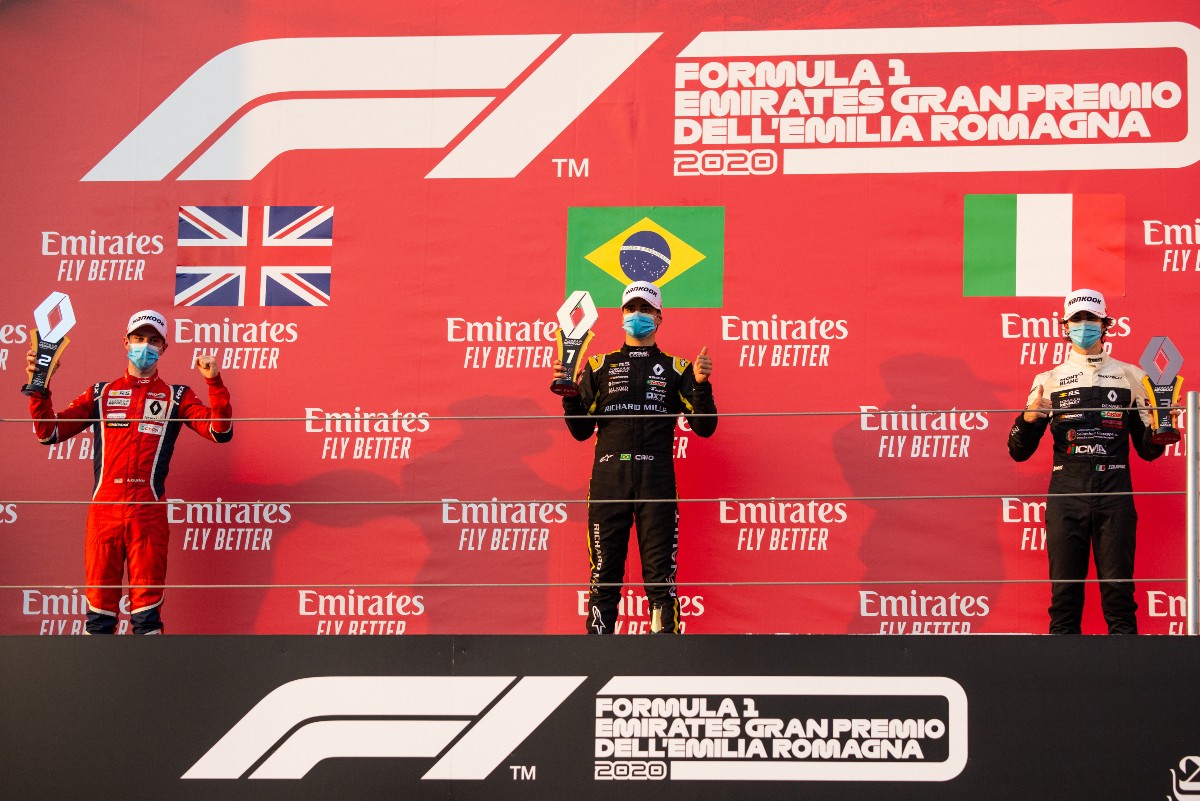 There’s a probability it will support Euroformula at at least one round, as Formula Scout understands the intention is for both series to have sporting regulations that allows drivers from FIA Formula 3 Championship to contest a full season there and also score points over a full season in Europe’s other third-tier series – meaning a calendar that minimises F1 clashes is firmly on the agenda.

In addition, the split calendar format Formula 2 and FIA F3 is considering for 2021 opens the door for FREC to debut on the F1 support bill in the same way the soon-to-be retired Eurocup has done since 2016.

While crediting the ACI for consistently supporting his initiatives and stating that FREC “started very well”, outgoing FIA single-seater chief Stefano Domenicali admitted during the announcement that the championship “was the weakest” of the world’s Regional F3 series. It failed to attract 10 cars for its 2019 debut, while the Eurocup has had consistently strong grid sizes since adopting Regional F3 regulations after the FIA rejected its bid to be Europe’s ‘official’ series.

Formula Regional Americas has faired worse, but that came as no surprise when put up against the Road to Indy and on a continent with little F3 history, while FREC has performed so far below expectation that it was failing to meet the minimum requirements for its FIA superlicence points quota even prior to the coronavirus pandemic. But the allocation of 25 points to the champion, seven more than earned for the Eurocup title (a tally which the FIA decreased further before Renault convinced it to reverse the decision), will continue into the new era.

Renault’s F1 boss and racing director Cyril Abiteboul wants the future of FREC to ‘stay true to the fantastic heritage and legacy’ of Formula Renault, which could disappear as a manufacturer-supported name entirely in 2021 after 50 years of use as the Eurocup is killed off and the Asiacup struggles to get its current season off the ground. Argentina does have a FR2.0-level series, but with no support from France. 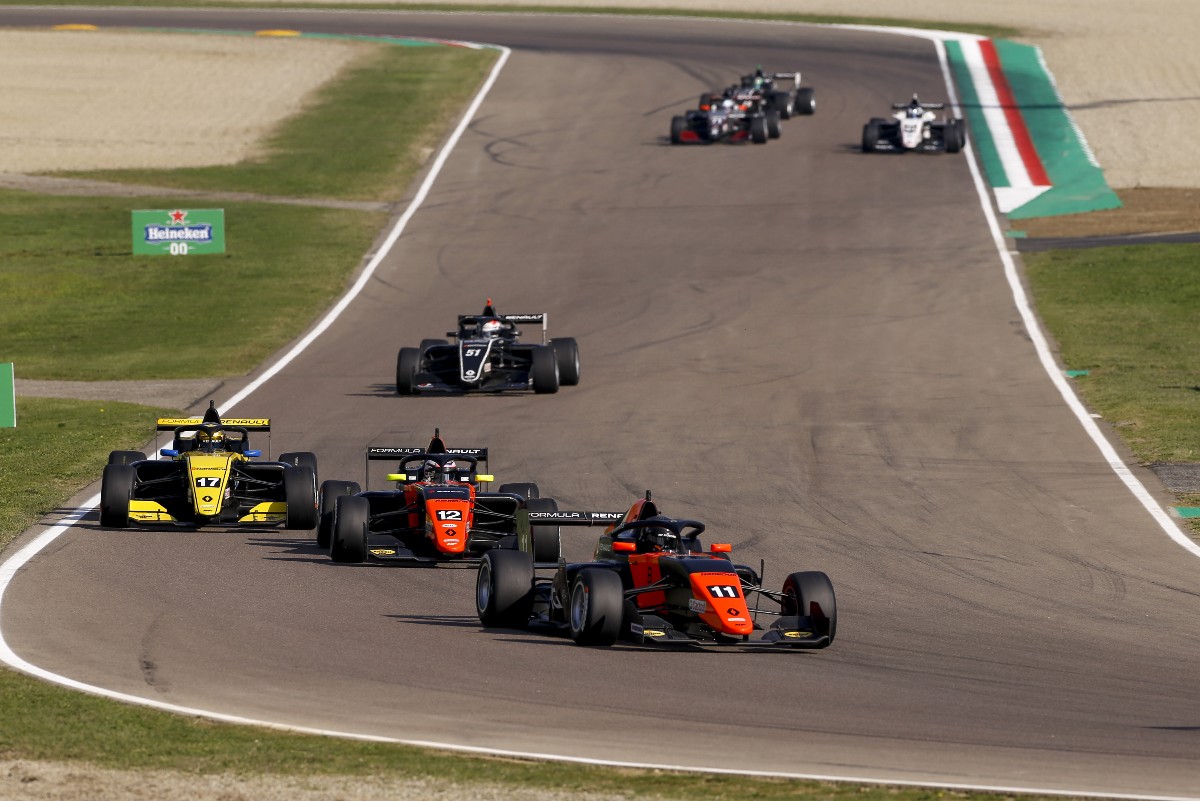 “That was the first step of simplification of the ladder. Today is another step and this partnership is a great opportunity to offer a very clear structure for young drivers and to the people who finance their careers. We have great teams, there is great teams on the other side too, so this championship will be about the best of the best,” said Abiteboul.

When Renault moved the Eurocup to Regional F3 regulations in 2019 it lost two of its best teams (in Josef Kaufmann Racing and Tech 1), but this year has gained ART Grand Prix. Meanwhile, FREC has been so totally dominated by Prema over its two seasons that only one other team can consistently operate in the knowledge it can fill two cars every weekend, with drivers reluctant to sign until they see frontrunning pace against Prema.

The testing restrictions used by each series are different, and this is a detail the teams are waiting for information on as they approach the off-season and plan out their winter testing schedule while circuits are still open for business during European nations’ second lockdown periods of the year.

Already confirmed for next season is that each team will be allowed to sell seats to three drivers, and a fourth car can be run – as Prema has this year – if it is filled by a female driver.

Prema boss Rene Rosin calls the move to limit team car counts ‘understandable’, and believes: “You can have more teams participating in the same series, and not having teams of four, five, or six cars that can compromise the market. 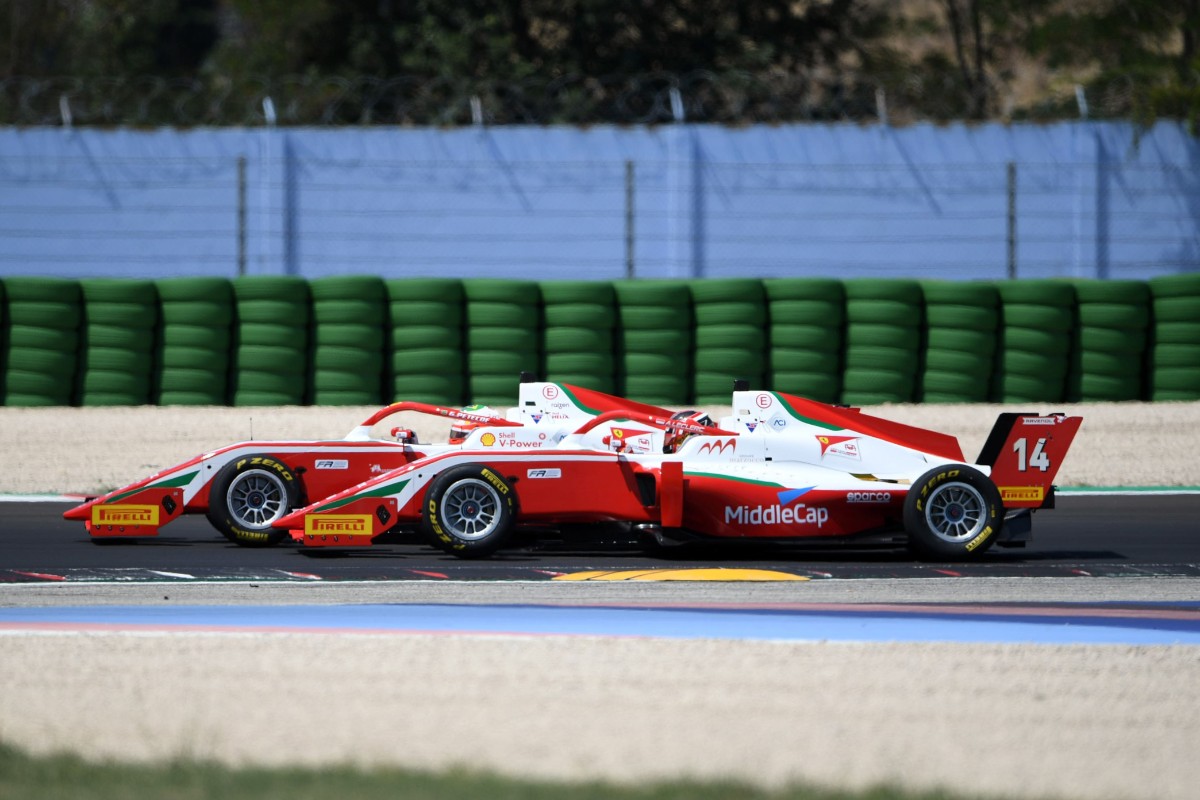 “There is more and more requests from girls coming into the single-seater ladder, now even with the initiative of the FIA looking for girls. I think at the end, it is the right step to put an extra car available for a team who wants to put a girl into the championship.”

A Formula 4 series will support the new era of FREC at most rounds in 2021, and that’s likely to be ACI Sport-organised Italian F4 which has usually run alongside FREC over the past two years. The relationship between the national F4 series and the Regional F3 ones is at the centre of the FIA’s Single-Seater Commission’s intentions, and it’s not just drivers it wants rising up its streamlined ladder.

Arden, Bhaitech, MP Motorsport, R-ace GP, Prema and Van Amersfoort Racing all compete in F4 as well as Regional F3 in Europe, and DR Formula has revealed to Formula Scout that it intends to return to Italian F4 with a two-car programme to mirror its planned two-car attack on FREC. A shared paddock means all four cars can be run from the same truck.

However, the achievement of the F3 merger and a grid that could even surpass 25 drivers in 2021 has diverged attention away from other car count concerns in the ACI Sport paddock: Italian F4 has had 15 active teams this year, but several of those are already expecting to downsize when the second-generation halo-shod F4 car is introduced – possibly as early as 2022 – as the costs of competing will go up.

Overall there is an atmosphere of optimism in the Eurocup and FREC paddocks, and most teams gave an answer along the same lines when asked for their reaction on the merger: It should have happened in the first place two years ago.

“This route should have been done in the first place,” said VAR boss Frits van Amersfoort, whose team took its first FREC poles and win at Barcelona over the weekend. 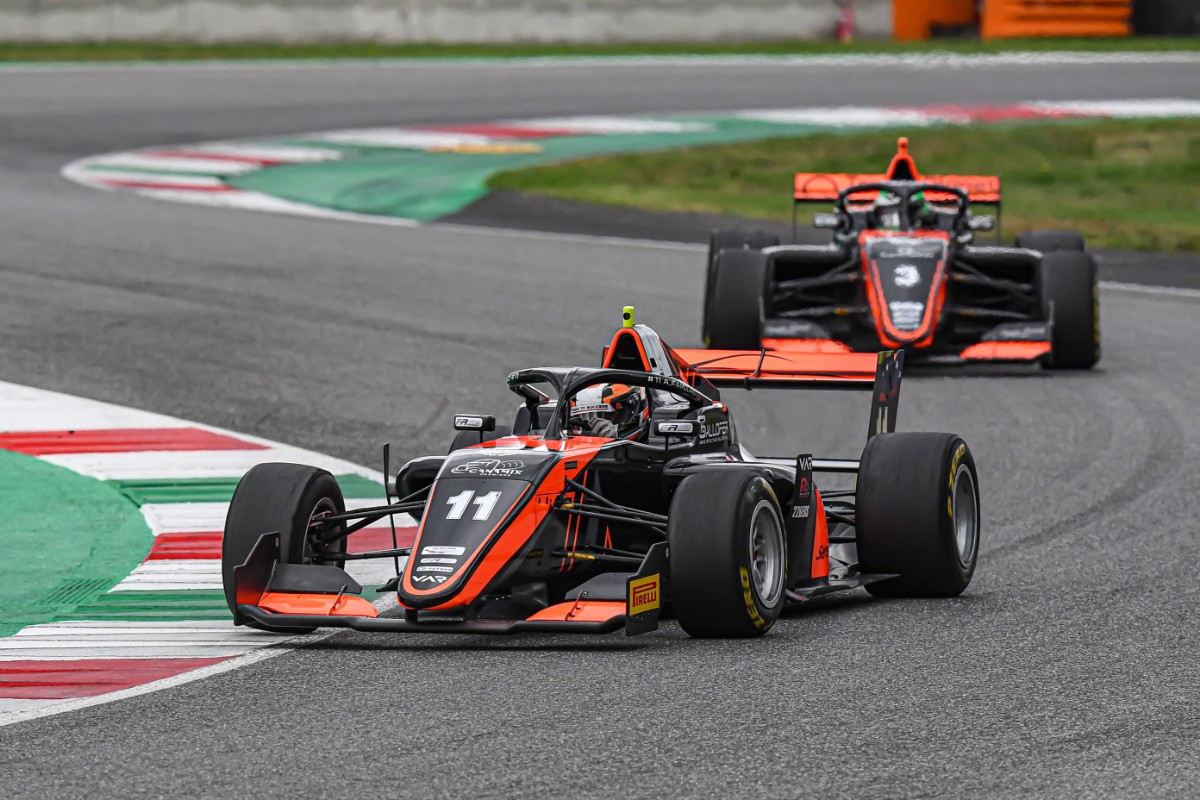 “Finally it all came together [with the merger], but it’s a bit of a pity that it took two seasons before they came to the right decision. And in the end we must be happy that they make the decision, because I think it will be a good series.

“Still don’t really think it’s a nice car, but it’s the same for everybody. I still love the Dallara [320] car, but this will be a fully grown championship I guess.