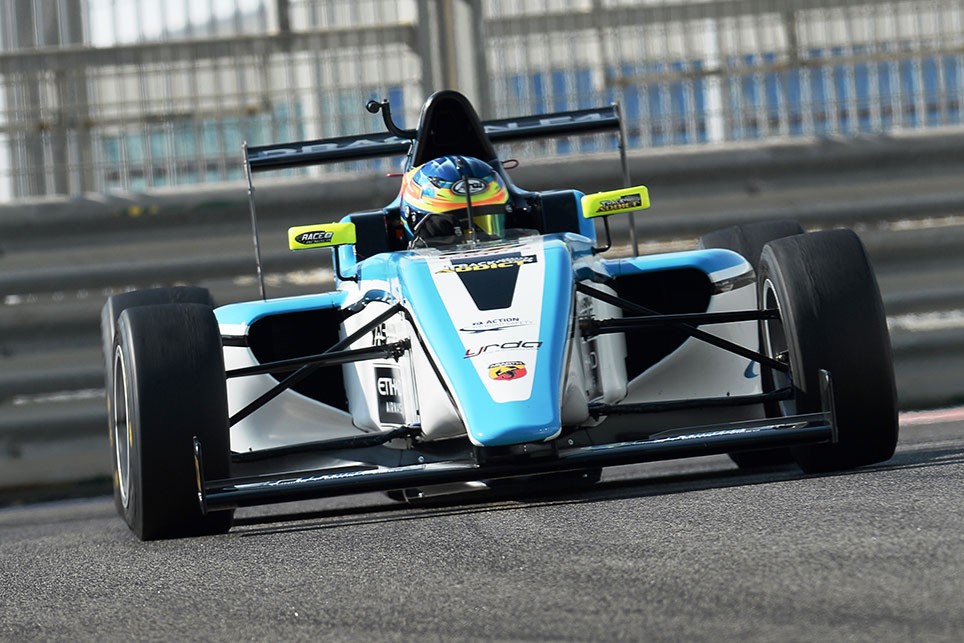 The Hitech name will be present in Formula 4 United Arab Emirates in 2021 as the Technologies branch of the junior single-seater outfit teams up with two local squads.

Dragon Racing, not to be confused with the Formula E team that has added Penske to its name this year, has been in F4 UAE since the inaugural season in 2016, when it handed Oscar Piastri his car racing debut, and has previously been in an alliance with title-winning Euroformula team Motopark.

Last season it downscaled to one car for Reema Juffali, but plans to be fielding four drivers in 2021 in a new partnership with fellow Emirati karting team Motorscape and Hitech.

The new alliance is set to run in Asian Formula 3 too, which will race exclusively in the UAE with it upcoming season.

“We are delighted to announce our partnership with Dragon Racing and Hitech Technologies,” said Motorscape managing partner Sand Shannak.

“The expansion into F4 now offers our drivers the opportunity to start their racing career with us and stay all the way up to F3. It was important for us as a company to keep growing motorsport in the UAE.”

Dragon Racing team principal Brad Fincham added: “This new synergy between Motorscape, Dragon Racing and Hitech Technologies will ensure that all of our drivers have the best opportunity for development and winning, we are looking forward to building on our previous success in this championship.”

Hitech boss Oliver Oakes, whose team exclusively runs the cars for W Series and Motorsport Games F4 Cup as well as having won six titles out of an available eight in Asian F3 since its inception in 2018, explained his latest racing project:

“I have known both Sanad and Brad for a long time, this is great synergy and something we have been discussing for a while between our organisations. The UAE has a growing motorsport and automotive industry and we have been looking for ways to expand into the region.

“I am sure with Motorscape and Dragon Racing we have reliable partners who have the same hunger for success. It made complete sense for us to be able to offer our technical support. I can see a lot of drivers looking to the UAE at the beginning of next year to recover lost time from the impact of COVID-19.”