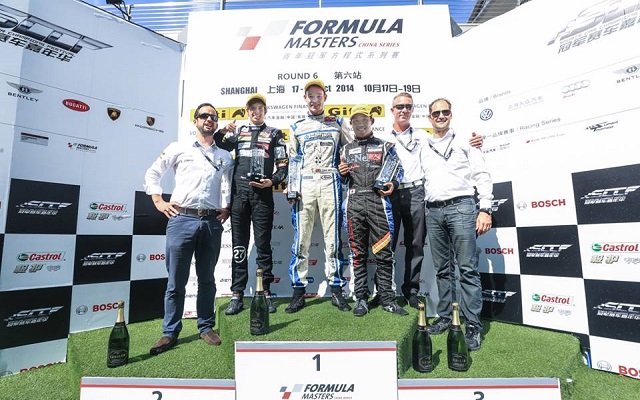 KCMG driver Dan Wells ended his season on a high by winning the final race of the season at Shanghai as he secured his second race win of the year.

The 23-year-old Briton, starting from third on the grid, managed to pass teammate and recently crowned champion James Munro at the start. He tried to pass polesitter Jake Parsons for the lead immediately afterwards, but a first lap crash involving Philip Hamprecht, Yuan Bo and Aidan Read brought out the safety car.

The safety car came in lap four, and Wells pounced on Parsons a lap later, taking the lead, The Australian tried to get back past, but was unsuccessful and had to settle for second.

Munro, struggling with oversteer, spent most of the race fending off Yuya Motojima, but the Japanese driver forced his way past on lap eight and held on to take the final podium spot.