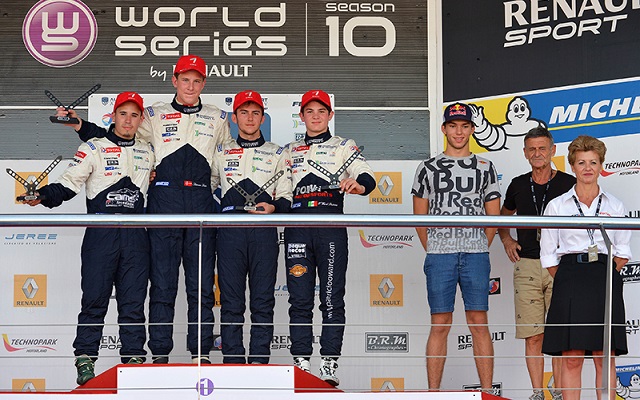 Danish driver Lasse Sorensen sealed the 2014 French F4 drivers’ title with a victory in the third race of the penultimate round at Jerez.

Sorensen took his seventh victory of the campaign, having previously managed hat-tricks in rounds at Val de Vienne and Nogaro.

The Dane started from the front row and kept second behind poleman Joseph Mawson over the opening lap.

Slowly but surely, Sorensen then closed in on Mawson with every lap and passed the Aussie for the lead at the halfway point of the race.

He then stormed off into the distance, eventually winning the race by three and a half seconds.

Mawson held on to second, narrowly keeping Valentin Moineault at bay, with the Frenchman picking up his third podium of the season.

Bryan Elpitiya overtook Paul Hokfelt for seventh, as Vladimir Atoev and David Droux made up the top ten.