Daniel began his car racing career in Formula Ford in his home country in 2005. For 2006 he won a scholarship into Formula BMW Asia, where he won twice on his way to third in the final standings. He also entered the World Final event at the end of the year, finishing fifth.

2007 saw Daniel switch to Europe and Formula Renault, finishing sixth in the Italian series. His performances attracted Red Bull, who signed him to their Junior Team programme. In 2008 Daniel remained in Formula Renault, winning the West European Cup and finishing second in the Eurocup.

Daniel made the step up to Formula Three for 2009, racing in the British championship with the all-conquering Carlin team. He dominated much of the season, taking seven wins on his way to the title. His Red Bull links saw him test a Formula 1 car for the first time at the end of the year at Jerez. For 2010 he would be the test and reserve driver for both the Red Bull and Toro Rosso teams.

Red Bull placed him in the Formula Renault 3.5 Series for 2010, with the Tech 1 Racing. Having taken four wins over the course of the season, he was set to take the title in his rookie season until he was passed by main rival Mikhail Aleshin with two laps to go in the final race of the season.

He once again tested for Red Bull at the end of the year, dominating the young driver test at Abu Dhabi. With no berth in either of the brand’s F1 teams available just yet, it was announced that Daniel would run in the first free practice session at each Grand Prix for Toro Rosso.

Daniel has remained in FR3.5 for a second season in 2011, this time with the ISR squad. His F1 commitments kept him out of the opening round, while he struggled at the second round at Spa. His fortunes improved at Monza though, where he scored his first win of the season. At Monaco he repeated his victory from 2010.

Talent rating: Ricciardo’s performances in Formula 3 and Formula Renault 3.5 clearly mark him out as one of the best in the junior formulae and perhaps the next world champion from the Red Bull stable. 9/10

Chances of getting to F1: Ricciardo seems ready for F1 already, it’s just a matter of Red Bull finding a space in their lineup. If that chance doesn’t come before the end of the season then it will in time for 2012. 10/10 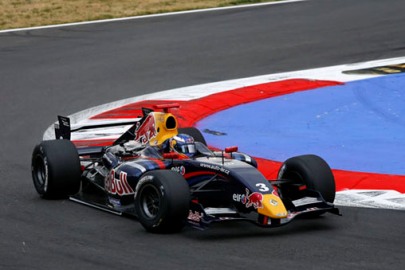