Evans began his car racing career in 2007 in Formula First in his home nation. This was followed by Formula Ford, finishing runner-up in the New Zealand championship in 2008-09 and runner-up in the Australian series in 2009. His performances caught the eye of Formula 1 driver Mark Webber.

At the beginning of 2010 Evans won the Toyota Racing Series, a series in New Zealand that runs from January to March and attracts international drivers. For the rest of the year he raced in the Australian Formula 3 Championship, finishing runner-up by just one point. He had missed the second round as he was testing Formula Abarth in Italy.

Evans retained his Toyota Racing Series title at the beginning of 2011, also becoming the youngest ever winner of a Grand Prix when he won the New Zealand Grand Prix in February. He signed for the MW Arden GP3 Series team for his move to Europe. He finished sixth and seventh in the first two races of the season at Istanbul. At Barcelona he took pole position and then converted this to a race win, finishing fifth in the second race. He lies third in the standings, five points off the leader.

Talent rating: Evans’ acheivements in New Zealand and Australia marked him out as a prodigous talent, but his has only been strengthened with the way he has adapted to racing in Europe so quicky to emerge as a title favourite at just 16. 9/10

Chances of getting to F1: Racing on the Formula 1 support bill in GP3 at such a young age will get him noticed, while being mentored and guided by Mark Webber will help him in the right direction. As always, money could be an issue. 9/10 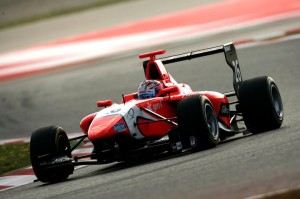