With little more to prove at that level Charles graduated to the Formula Renault 3.5 Series for 2008 with the Tech 1 Racing team. Again he adapted well to the increase in power, scoring two victories, including on his Monaco debut, and finishing sixth in the final standings. Remaining in the series with Tech 1 for 2009, he again won twice, at Silverstone and Nurburgring, and finished third in the standings in the middle of a tight five-way fight for the runner-up spot behind champion Bertrand Baguette. He was also a member of the Renault Driver Development scheme that year as the French manufacturer looked for a new national star. The change of ownership at the team however saw a shake-up of its development program and Charles was dropped for 2010.

Charles made his move to GP2, contesting the Asia series with Arden over the winter of 2009-10. He won one of the eight races, finishing eighth in the final classification. He stuck with Arden for the main season in 2010. His season began well as he won the opening race of the season at Barcelona. However, he only scored points on four further occasions during the season, ending up tenth overall.

Looking to fight at the front on a more regular basis in 2011, Charles switched to the Addax team. The four Asia series races left him with no points, but the main series has produced far better results. A strong points-scoring weekend at Istanbul was followed by an impressive win in the feature race at Barcelona where he overhauled the leading pair with his pace during the pitstop phase. Another win followed at Monaco, taking a lights-to-flag victory in the sprint race. He now lies third in the standings, just one point off the joint leaders in what is looking to be a close-faught title fight.

Talent rating: Charles’ rise through the Formula Renault ranks was impressive as he quickly adapted to the increases in power at each rung on the ladder. Stuck in the midfield for much of his rookie GP2 season, his move to frontrunners Addax has seen him shine. 8/10

Chances of getting to F1: At 21 Charles still has time on his side, and further seasons in GP2 would do him little harm if the opportunity did not present itself for 2012. He has some personal sponsorship as well as the support of the French federation, the FFSA. 7/10 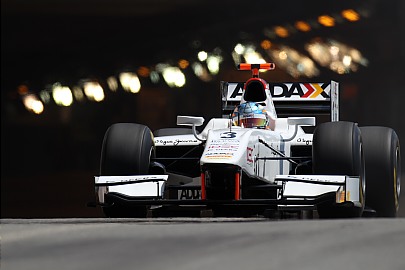