Roberto began his single-seater career in 2006 in a round of the Spanish F3 Championship at his local circuit in Valencia. From here he took part in the Italian Formula Renault Winter Series, where he scored three podiums from four races to finish third in the standings.

For 2007, Roberto committed to a full season in Formula Renault, competing in both the Italian series and the Eurocup for the Jenzer team. In the Italian series he finished fourth in the final standings behind the Red Bull trio of Mika Maki, Jaime Alguersuari and Brendon Hartley, winning once at Spa. His Eurocup campaign was not as successful, finishing 18th in the classification. 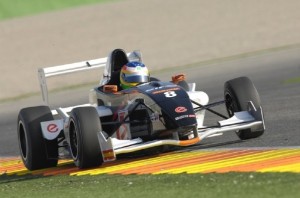 Roberto remained in Formula Renault for a second full year in 2008, switching to the Epsilon Euskadi team and pairing another Eurocup campaign with an assault on the West European Cup. He fought for both titles, ending up runner-up to Daniel Ricciardo in the WEC, with three wins, and fourth overall in the Eurocup, with two wins. He also did a part-campaign in Spanish F3, winning twice. He also took part in the Zandvoort Masters and Macau GP events with Hitech Racing.

It was time for Roberto to step up to Formula 3 full-time for 2009, with Mercedes-Benz backing him as he raced for Manor in the F3 Euro Series. He was immediately on the pace, finishing second in the first race of the season. Three further podiums came his way, ending the year seventh in the standings.

2010 saw him switch from Manor to Mucke in the Euro Series. This allowed him to score his first win, at Hockenheim. However, he could only score three more podium finishes during the year, finishing fifth in the standings. Roberto joined the new GP3 Series for the third round of the season at Valencia, driving for Atech CRS. He scored a double podium finish, and remained with the team for the rest of the year, ending the season sixth in the standings.

With Mercedes’ support, Roberto remained in the F3 Euro Series for a third year for 2011, joining Prema Powerteam. He won a race at the season opener at Paul Ricard, then won twice at Hockenheim to gain an early advantage in the standings. He won twice at the Red Bull Ring, coming from eighth on the grid in the second in soaking conditions.

Talent rating: Roberto showed his potential early on in Formula Renault, and again upon moving up to Formula 3. Getting to grips with F3 does appear to have taken some time, but he is now dominating the category and is still young at 20. 8/10

Chances of getting to F1: Roberto may be showing his class in F3 but he will still need to move into GP2 and show well there before he can get a crack in F1. Winning the Euro Series should help to maintain support from Mercedes, which could help him get his break. 7/10 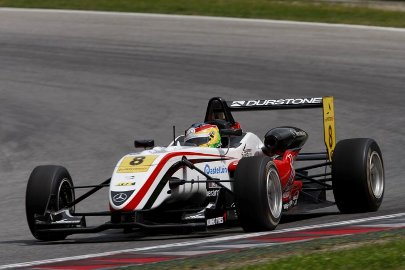