Robert began his single-seater career in Formula BMW USA in 2005, picking up two wins and five podium finishes on his way to third in the final standings. His rookie season impressed Red Bull, who signed him up to their junior team for 2006. He duly took the Formula BMW USA title, scoring three wins on the way. 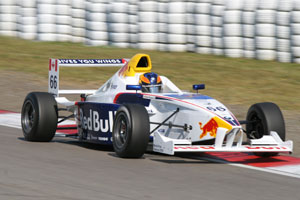 2007 saw Robert make the step up to the Champ Car Atlantic series. He scored podiums in the first two races of the season, and then won the fourth race. He was unable to win again in the remainder of the season, but he did finish third in the standings.

Robert made his first steps into European racing towards the end of the year, contesting the final two rounds of the Formula Renault 3.5 Series season with the Carlin team, driving the car raced by Sebastian Vettel earlier in the year until his F1 call-up. He scored a point in the second race at Estoril, and then finished seventh in the first of the races at Catalunya.

Robert raced in A1 Grand Prix over the winter of 2007-08, scoring a podium in his debut race in Malaysia and then winning in Durban later in the season.

Robert made the switch to FR3.5 full-time for 2008, again with Carlin. A win at Silverstone was the highlight of the year, finishing 12th in the final standings. He also raced in the Formula 3 Euro Series when his schedule allowed, winning at Le Mans.

He switched to the newly-relaunched FIA Formula Two Championship for 2009, and dominated the opening round of the season at Valencia, winning both races from pole position. He failed to continue the season in the same way though, not adding to his win tally and ending the season as runner-up. To add to the disappointment, a thinning out of the Red Bull junior programme at the end of the year saw Robert lose the energy drink giant’s support.

Robert signed up to race in another new series for 2010, the GP3 Series with Status GP. He won three times in the second half of the season but that wasn’t enough to stop Esteban Gutierrez running away with the inaugural title, Robert having to settle for second place again. 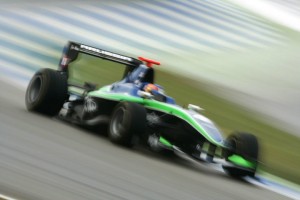 Without the budget to step up to GP2, Robert returned to Formula Renault 3.5 for 2011 with the backing of Marussia, sponsors of the Virgin F1 team. A strong first half of the season has seen him win twice and finish runner-up on four further occasions to lead the championship. In addition to being signed up as a reserve driver for Virgin, Robert will get to drive a Renault F1 car at the next FR3.5 meeting as a prize for topping the standings at the half way point.

Talent rating: His early years in North America proved his talent, and adapted quickly when he made the tricky switch to Europe. Though he has failed to win titles yet, he was runner-up in the first seasons of both F2 and GP3, and now leads the way in FR3.5. 8/10

Chances of getting to F1: Losing Red Bull’s support was a blow, but he has picked himself up well and gained the backing of Marussia, which has given him links to the Virgin F1 team. It looks like it will only be a matter of time before they give him a crack. 9/10 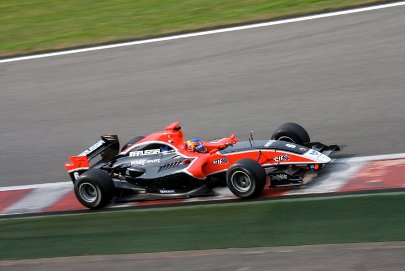