On his way to becoming the first ever Estonian F1 driver, 18-year-old Kevin Korjus has already won twice in his rookie season of Formula Renault 3.5…

Kevin started racing single-seaters in 2008 at the age of 15, while he was still competing his career in karting. He took part in the Finnish Formula Renault Championship, finishing the year as runner-up with three wins from 12 starts. Kevin moved onto the Formula Renault Northern Eurocup Cup for 2009, with the same TT Racing Team. He finished the season in fifth in the points, with one podium finish.

Kevin continued his progression by stepping up to the Formula Renault Eurocup with the Koiranen Bros team in 2010. He took nine wins from 16 races on his way to the title. He also started five NEC races, winning all of them. 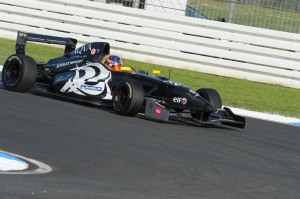 Kevin was recruited by the Gravity Sports Management firm over the winter of 2010-11, and signed to race with Tech 1 Racing in Formula Renault 3.5. He started the season with a victory in the second race at Motorland Aragon, becoming the series’ youngest ever winner. He won again at the Nurburgring to lie second overall at the halfway stage.

Talent rating: Kevin’s ascent through the Formula Renault ranks has been meteoric, his domination of the Eurocup last year being a particular highlight. Having arrived in FR3.5 at the age of 18 Korjus has already become a leading contender. 9/10

Chances of getting to F1: Signing with Gravity gives him the backing to continue his quick rise to F1. A go at GP2 will most likely be necessary before he can get to F1, but if he does as well there as he has in every previous series, he stands a good chance of being Estonia’s first ever F1 driver. 8/10 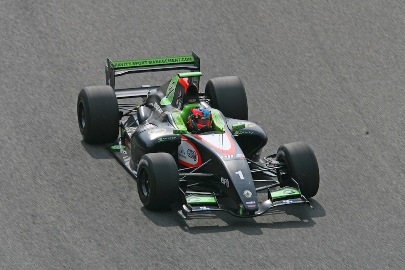 Back to winning ways: Mirko Bortolotti