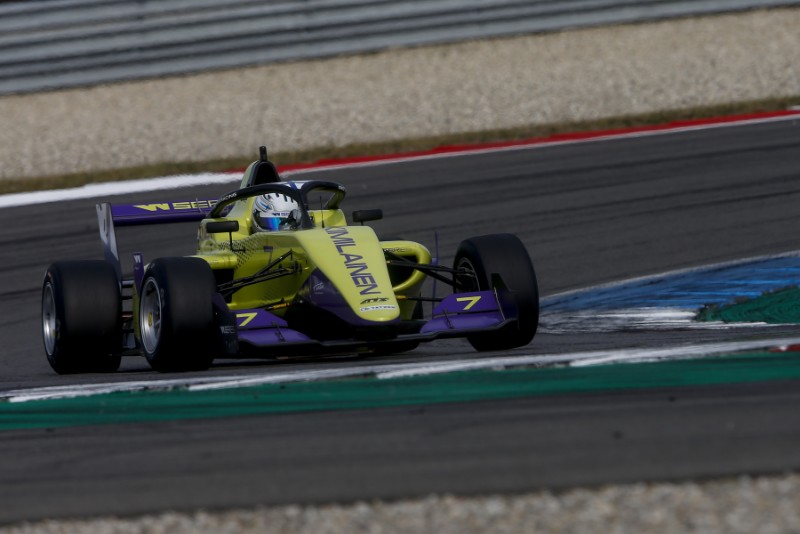 W Series has announced its own 10-round Esports series on iRacing, with an aim to promote female visibility within the simulator racing community.

The 18 drivers who qualified for the real-world series this year, which includes the top 12 from last year’s inaugural season, are expected to participate. Invitational entries for other female drivers may also take part.

A last-generation Tatuus Formula Renault 2.0 car will be used for the series, as W Series’ regional Formula 3 spec machine does not exist on the iRacing programme it will be using. The series will be broadcast on YouTube and Twitch.

The rest of the calendar is based around circuits W Series does not visit in real life, with rounds at Interlagos, Spa-Francorchamps, Watkins Glen, Suzuka, Mount Panorama, the Nurburgring’s full 20.81km Nordschleife layout and Silverstone.

Up to three races of varying lengths and duration will be run at any given circuit, with some grids being decided through qualifying and others fully reversed championship order grids. The dates of each round will be communicated in a future announcement.

W Series tested the latter as a concept last year at Assen ? a race won by the narrowest of margins by Megan Gilkes.

?I began my racing career prior to the digital revolution, so I?d be the first to admit that I?m not an ace sim racer, but I recognise the brilliance of modern Esports and I?m very much looking forward to watching our W Series drivers take each other on, racing wheel-to-wheel, on identical set-ups, remotely, from their own homes, all over the world.?

?Nothing beats the sheer thrill of driving a real race car flat-out on a real racetrack, and I don?t mind admitting I?m missing that enormously. But I?ve been massively impressed by the work that W Series, Logitech, Beyond Entertainment and iRacing have done together over the past few weeks, and the result, the W Series Esports League, is seriously impressive.

?Moreover, when I saw the list of circuits, I literally gasped: it?s a truly mouth-watering schedule. So you can be well sure I?ll be practising hard from now until the first W Series Esports League race. It won?t be easy to continue my winning form.?

Chadwick has spent her time in enforced lockdown raising money for charity by taking part in a virtual 100-mile bike ride, at an average speed of over 21mph, raising ?8,000.

“Thank you to everyone for the awesome support I have been given since launching this challenge,? she said. ?I am personally proud to have completed the 100 miles in just 4 hours and 45 minutes.

?Most importantly, we have raised thousands of pounds for a fantastic charity and great cause, which will assist the NHS and benefit so many cancer patients.”