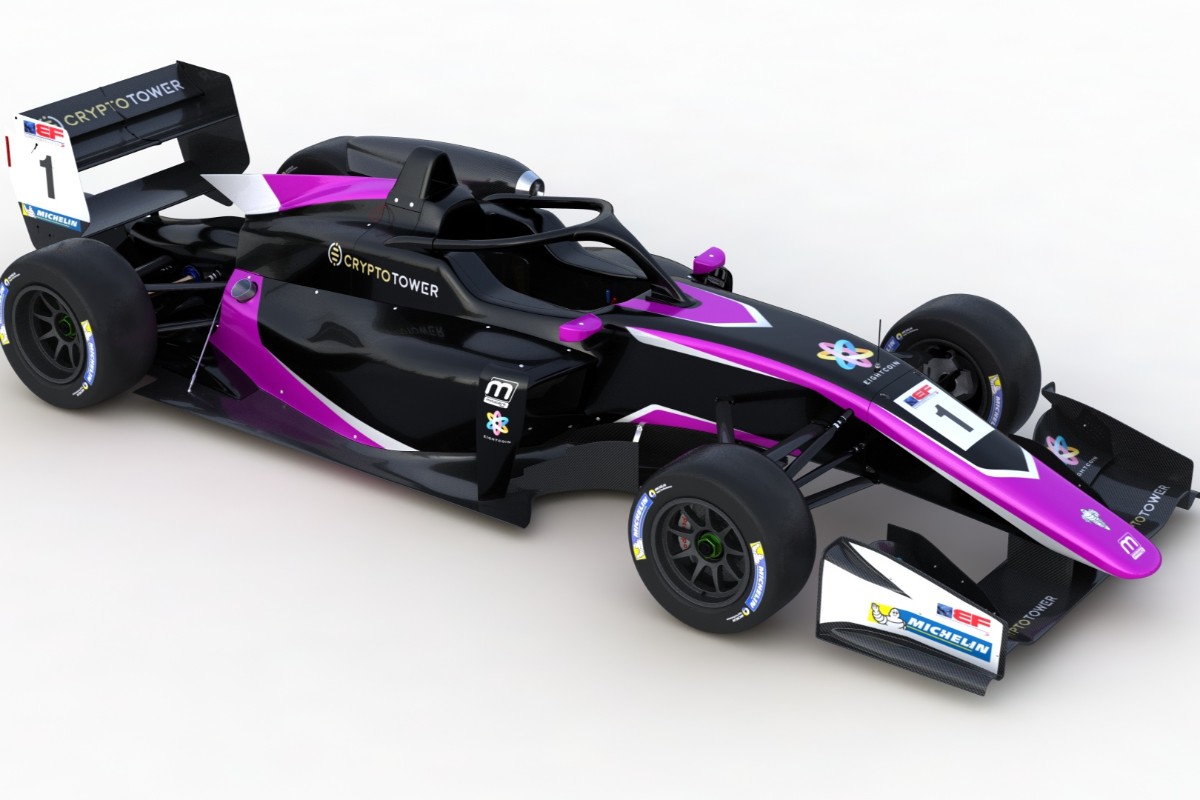 Rui Andrade and Yifei Ye will race in Euroformula this year in a second team run by Motopark called CryptoTower Racing Team.

Motopark swept the titles in its debut Euroformula season in 2019 after becoming a refugee of the defunct FIA European Formula 3 championship, and its success led to it signing six drivers for this season.

Euroformula’s limit on team sizes means Motopark has had to ‘split’ into two teams to run its full roster, as Carlin did in European F3 in 2014 and ’15 due to similar rules.

The CryptoTower team will be owned and manager by Kazuya Sakamoto, who sponsored Motopark at the Macau Grand Prix in 2018 and became involved in Super Formula last year. CryptoTower’s equipment and staff will be based at Motopark’s Oschersleben factory.

?All of our drivers have been in the car almost constantly during last winter, so they should all be in great shape for the Euroformula too,” said Sakamoto.

“We want to establish our EFO team as a driver development for our successful program in Super Formula. We do aim at supporting talented drivers into our project in Super Formula in the future.?

This year Euroformula will use an upgraded car from Dallara, with the halo-shod 320 taking the place of the F3-spec F312/F317. It will also be introduced in Japan, where Motopark races in partnership with B-MAX Racing.

Andrade spent one year in Formula 4 before stepping up to Euroformula last year with Drivex School, and took one points finish. He started this year in the Toyota Racing Series, and finished 16th in the standings.

“I believe they are a great team and their results last year speak for themselves. I grew a lot after last year?s season and I?m very excited to come back and put everything I?ve learned into action.?

His team-mate Ye also raced in F3 in 2019, as a Renault junior in the FIA F3 Championship. The Chinese teenager only scored once and was dropped by Renault, having started the year with second place in the Asian F3 Winter Series.

Prior to that he had raced in Formula Renault, finishing third in the 2018 Eurocup and winning two races in the 2017 Northern European Cup, and was a dominant French F4 champion in his second year in single-seaters.

?I am extremely happy to join CryptoTower Racing for this season, it?s really a privilege to be working alongside such a professional team,” Ye said.

“It?s a great way to advance in my career. Hopefully we will be getting to race soon and everyone stays healthy. We had a very successful pre-season testing, so we are ready to take on the fight for the championship once the season begins.?

Andrade started testing with Motopark shortly after the 2019 season ended, while Ye joined CryptoTower at Estoril. BRDC British F3 graduate Pavan Ravishankar has also tested, and is rumoured to be the squad’s third driver.