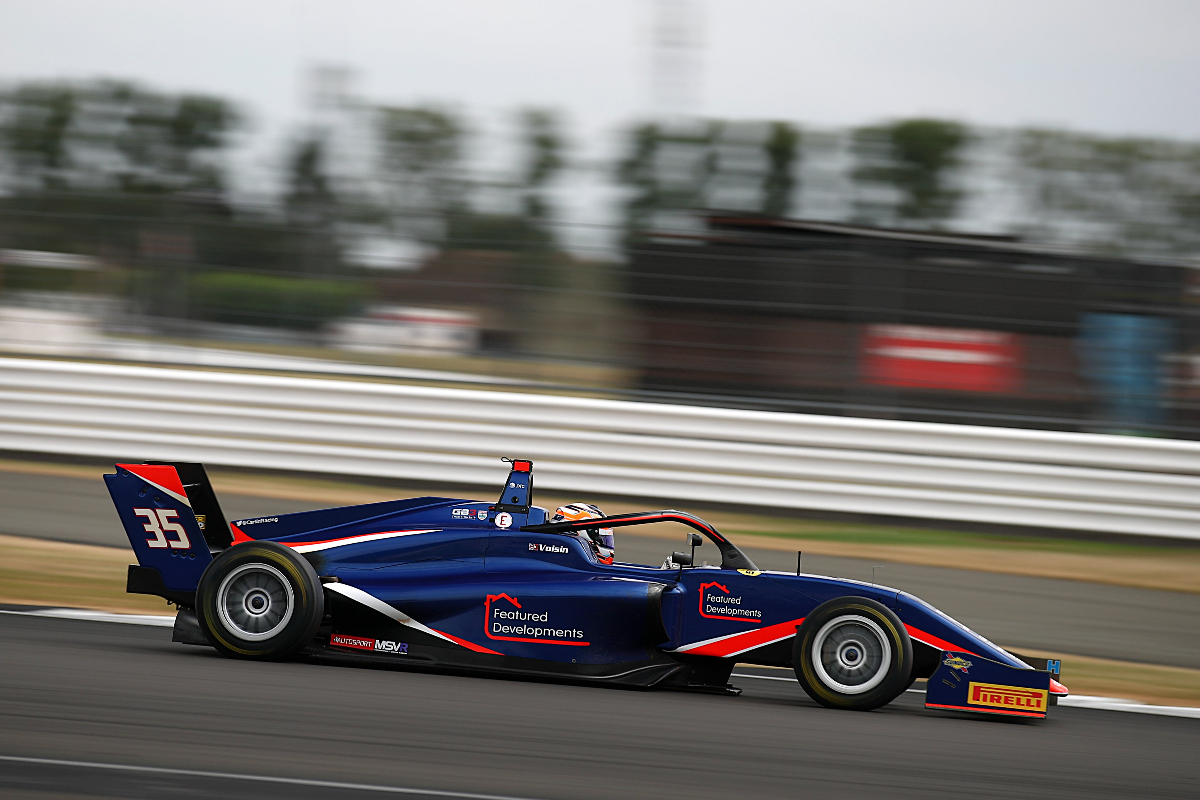 Carlin’s Callum Voisin topped GB3 qualifying ahead of Tom Lebbon to take pole position for races one and two at the Donington Park season finale.

It was a tricky session for title contenders Luke Browning and Joel Granfors, qualifying fifth and eighth respectively for Saturday’s opening contest.

Voisin’s team-mate Roberto Faria led the way at the halfway stage of the 20-minute session, setting a 1m24.547s in cold and blustery conditions.

Laptimes began to tumble, and Browning moved to the top with a 1m24.285s lap with seven minutes remaining. It put him 0.011 seconds ahead of Granfors.

The points leader improved by a further 0.2s on his next effort before Voisin moved ahead with a 1m23.802s.

Lebbon set a 1m23.679s to then gain the advantage, but he was pipped to race one pole as the chequered flag fell, with Voisin edging him by 0.050s. Voisin’s previous best was good enough to also beat the Elite Motorsport driver to top spot for race two by 0.095s.

Browning was upstaged late on by team-mate Bryce Aron, who had his best qualifying of the season by taking third for race one ahead of Elite’s pre-event testing pacesetter John Bennett.

Matthew Rees was fifth for JHR Developments ahead of Carlin’s Javier Sagrera and Granfors, who was 0.349s off the overall pace. Bennett will line up for third for race two, with Granfors one place ahead of Browning in fourth.

Ayato Iwasaki qualified 18th on his debut for Elite.