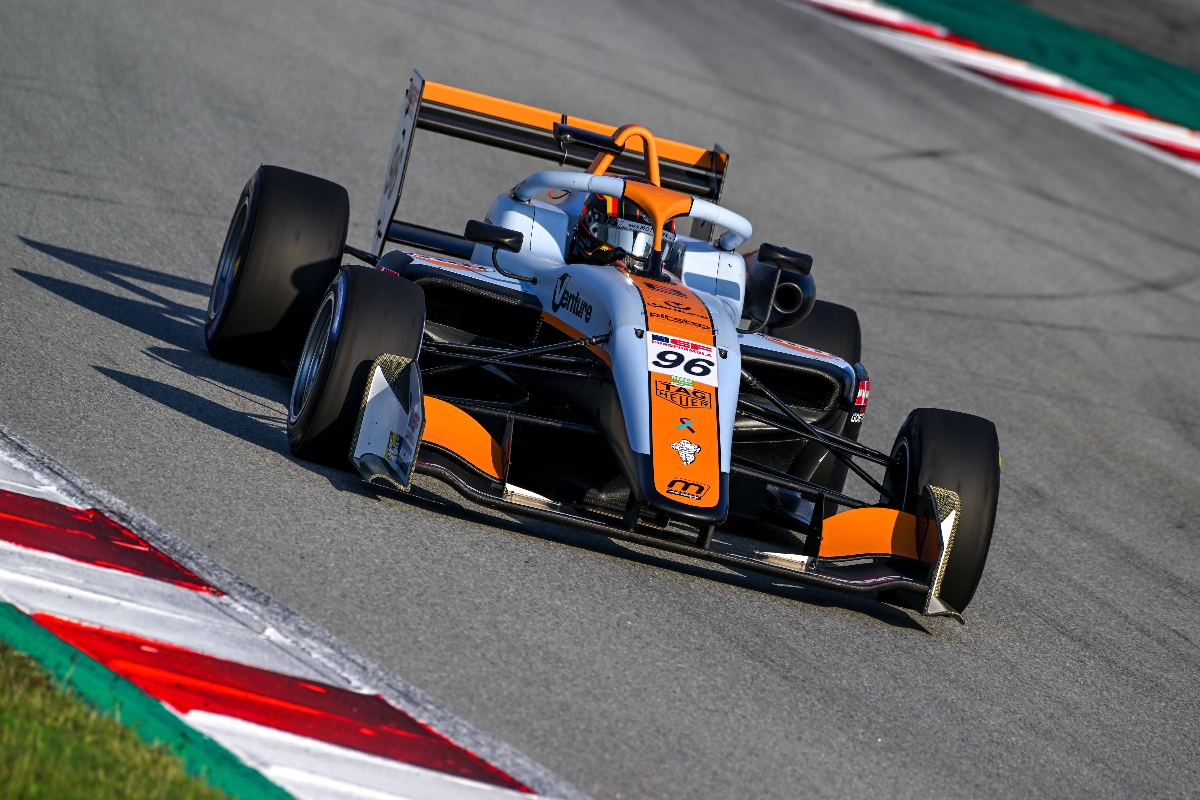 Motopark’s Oliver Goethe took his seventh pole in Euroformula in qualifying for the Barcelona season finale.

The Dane was on top for much of the session, with BVM Racing’s Francesco Simonazzi briefly getting ahead in the middle of qualifying but having no answer to Goethe as the pace improved.

In the end Goethe took pole by 0.472 seconds ahead of Josh Mason, driving in a Motopark-run CryptoTower Racing Team car, and his team-mate Vlad Lomko was third fastest until his two best laptimes were deleted and he was demoted to sixth in the classification.

Lomko is the only driver capable of beating Goethe to the title this weekend, but is over 60 points behind.

Christian Mansell, in the third of the CryptoTower-branded cars, qualified third ahead of Simonazzi and Motopark’s Frederick Lubin.

Alex Garcia also had his fastest lap deleted in seventh place, although it would not have impacted his position, and the returning combination of Drivex School and Ayrton Simmons was at the bottom of the timesheet after also losing their fastest lap to track limits abuse.

Vladimir Netusil went off during qualifying, causing a full course yellow, and he will start eighth in race one.