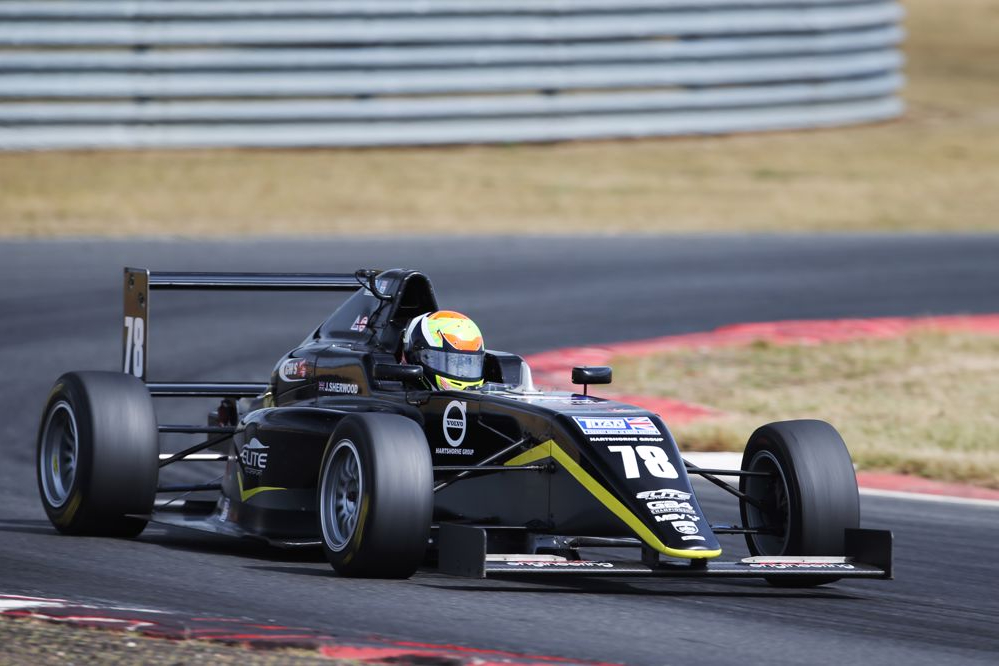 Elite Motorsport’s Jack Sherwood was fastest in a red-flagged GB4 qualifying at Donington Park after a crash for points leader Nikolas Taylor.

Sherwood, who still has an outside chance of winning the title, will line up on pole for Saturday’s opening race ahead of Kevin Mills Racing’s Tom Mills. Despite his late incident, Fortec Motorsports driver Taylor is due to start from pole in race two ahead of Sherwood, the grid determined by second-best laptimes.

Taylor set the pace approaching the halfway stage of the 15-minute qualifying with a 1m30.797s effort.

Jarrod Waberski briefly moved to the top with 1m30.760,s before his team-mate Mills edged ahead by 0.006 seconds.

Taylor reclaimed the ascendancy on his next effort by over 0.4s and then shaved a further 0.009s off his best, with Waberski also improving to second.

Sherwood took over at the top with a 1m30.065s, with Mills moving into second. But qualifying ended prematurely with more than three minutes still to go when Taylor crashed exiting Old Hairpin, taking two wheels off the car. The Anglo-Malaysian driver able to climb out unaided.

Taylor still qualified third for race one ahead of GB4 debutants Williams Macintyre and Aqil Alibhai, the pair both displacing Waberski before the red flag.

Mills and Waberski, both also still in title contention, will share the second row in race two, with Alibhai fifth ahead of fellow Ginetta Junior graduate Macintyre.

Oliver Clarke was the quickest Hillspeed runner in seventh ahead of his first race in two years, but his team-mate Max Marzorati – Taylor’s closest challenger in the points – could only manage the 10th fastest time.