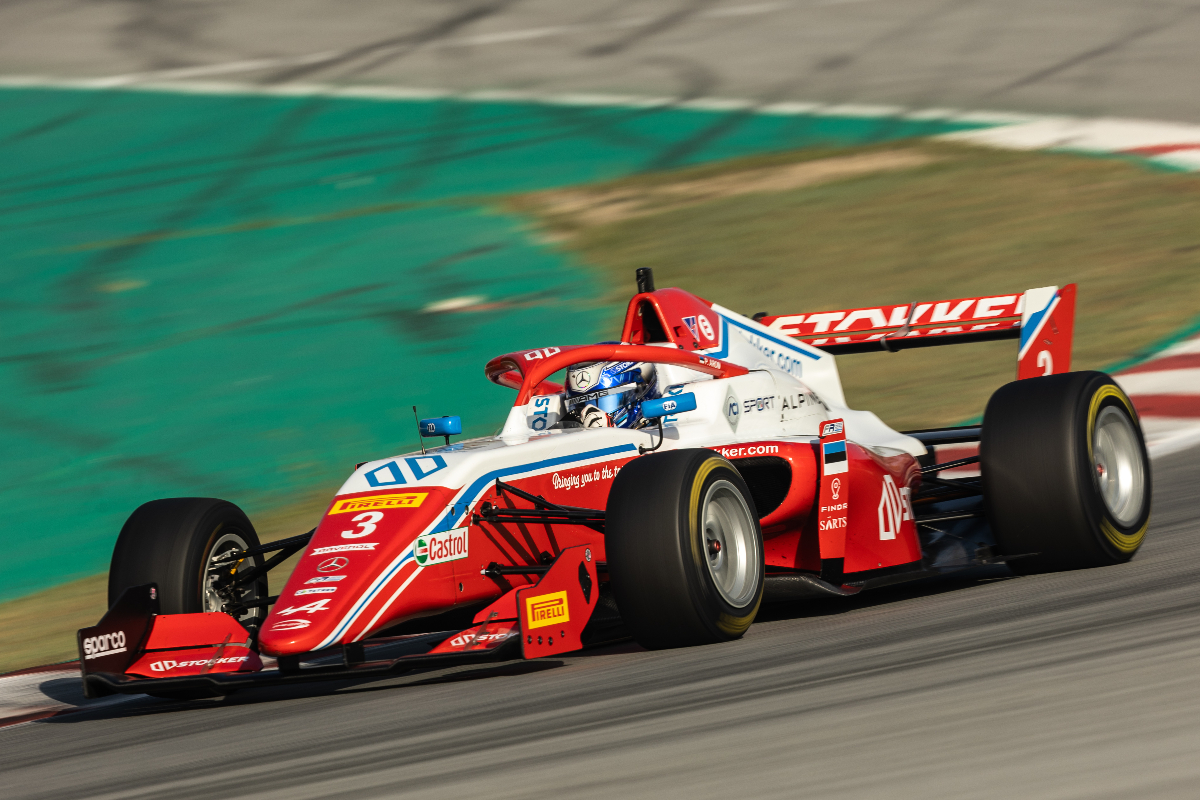 Aron converted his sixth pole of the season into his fifth win of the year, and brought himself back into title contention with three races of 2022 to go.

The Mercedes-AMG Formula 1 junior made a strong start that meant he did not have to defend his line going into turn one for the first time, while MP Motorsport’s Dilano van’t Hoff and Arden’s Eduardo Barrichello disputed second place behind.

Barrichello ran too deep into the corner and almost lost third place exiting turn two, but had more grip on the inside through turn three to fend off R-ace GP’s Hadrien David.

The positions remained fairly static across the 35-car field through the first half of the race, with action only really taking place in the race’s final third.

On lap 12, Gabriele Mini tried passing Joshua Dufek for sixth around the outside of turn one. He ended up sliding off-track and as he rejoined at turn two he then drifted across into Dufek’s path, allowing Dufek’s Van Amersfoort Racing team-mate Kas Haverkort to pass them both.

At the hairpin, Joshua Duerksen then dived down the inside of Dufek to climb a spot, having previously been in battle with Victor Bernier. A lap later Bernier hit trouble as his car slowed down the pit straight and sent him down the order, while Hadrien David benefited from a tow to pass van’t Hoff for second into turn one having previously cleared Barrichello.

David had the pace to then rapidly eat into Aron’s lead of several seconds, and tried passing him around the outside at turn one on lap 17. Aron tried breaking the tow the next two laps, weaving down the pit straight, and managed to hold on for victory.

In the closing laps there was more changes behind as Barrichello faded down to sixth, with Haverkort claiming fourth place and Mini getting ahead of Dufek after a few squabbles that sent Leonardo Fornaroli down to ninth, behind Gabriel Bortoleto.

Duerksen took the final point in 10th, holding off Beganovic who fell out of the top 10 on the opening lap and now leads the championship by 44 points over Mini.