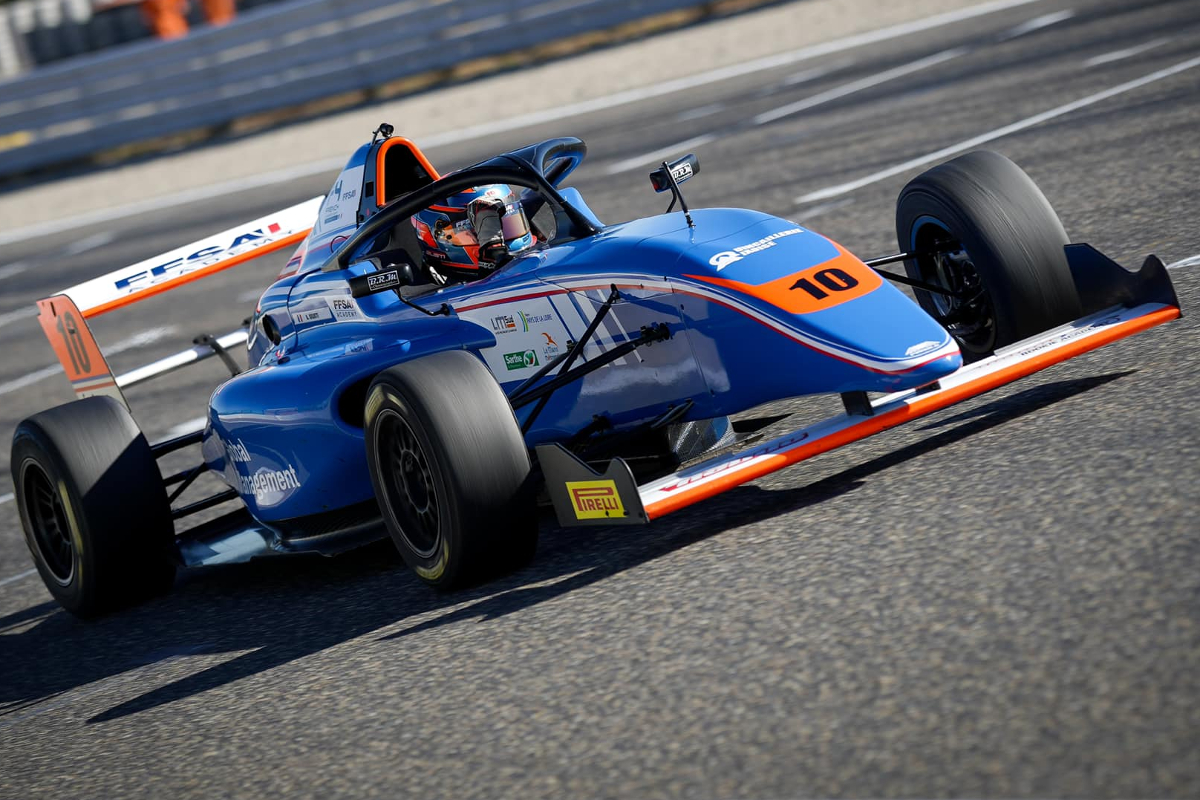 Giusti started from pole ahead of title rivals Souta Arao and Hugh Barter, with Pierre-Alexandre Provost completing row two of the grid.

In a hectic start to the race, Honda junior Arao took the lead from Giusti while Barter fell all the way down the order after an incident with Elliott Vayron at the first corner and recovered up to 13th place on lap two but with his title hopes now all but expired.

One place was gained as Dario Cabanelas was given a drive-through penalty for jumping the start, and another when Valentino Mini stopped at turn five.

On lap four Barter’s title dream ended as he came to a stop at turn 12, while Arao continued to resist Giusti up front in a hope to keep his slim title ambitions going.

Arao needed Giusti not to score to stay in contention, but that wasn’t the case as the Frenchman finished 0.298 seconds behind Arao and with fastest lap to clinch the crown.

Provost finished 5.854s behind in third, while Enzo Peugeot passed Jeronimo Berrio and then Louis Pelet to take fourth place.

Vayron recovered all the way back up to eighth place from 20th, finishing ahead of Arao’s Honda stablemate Yuto Nomura.