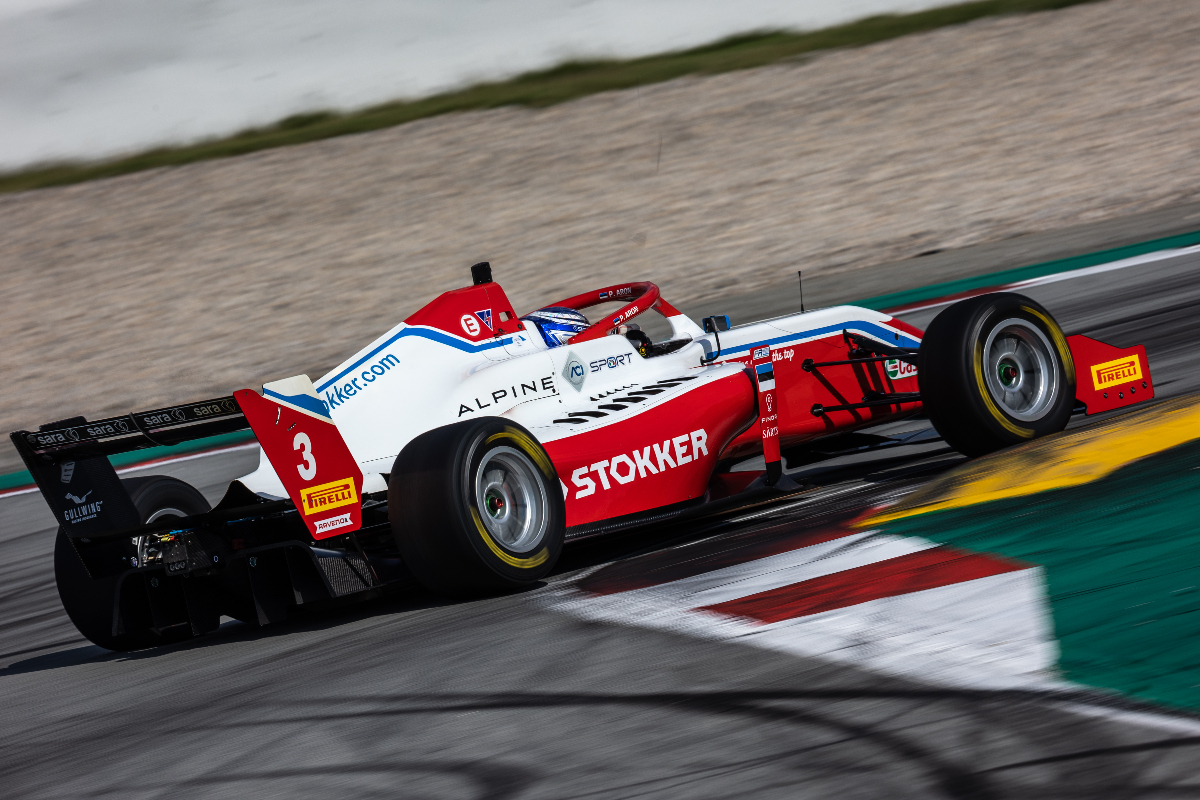 The early morning disruption to the Saturday timetable meant FREC’s 35-car field ran in one qualifying session together rather than being split into two groups, and it was an incredibly busy track once everyone was setting laps.

G4 Racing’s Axel Gnos was one of the first out of the pits and at the front of the queue he was able to set the initial pace. But it was the drivers at the very end of the 35-car queue that were fastest, being able to benefit from a slipstream but not have too much traffic, and R-ace GP’s Gabriel Bortoleto took over at the top.

The field managed to spread itself out a bit by the time everyone was on their third flying laps, and Dilano van’t Hoff briefly went fastest before Arden’s Eduardo Barrichello set a new benchmark.

There was then a flurry of drivers moving briefly into second place before FA Racing’s free practice pacesetter Victor Bernier set a 1m31.208s lap to take provisional pole. R-ace’s Hadrien David crossed the line after him to go second fastest.

Only a few drivers improved on their fourth laps, with Van Amersfoort Racing’s Kas Haverkort moving to the top thanks to a big tow from team-mate Joshua Dufek.

Next time around Barrichello went quickest again, only for Aron and Trident’s Leonardo Fornaroli to then better him. Once Bernier came by he went even faster, becoming the first driver to break into the 1m40s as again not too many drivers improved.

David reclaimed second place with his sixth lap, then van’t Hoff provisionally snatched pole with a 1m40.934s seconds before the chequered flag came out. Barrichello was first to cross the line after that and went second fastest, then a minute later Aron came through with a 1m40.774s lap and clinched pole.

Fornaroli jumped to fourth shortly after, while Pierre-Louis Chovet ran off track.