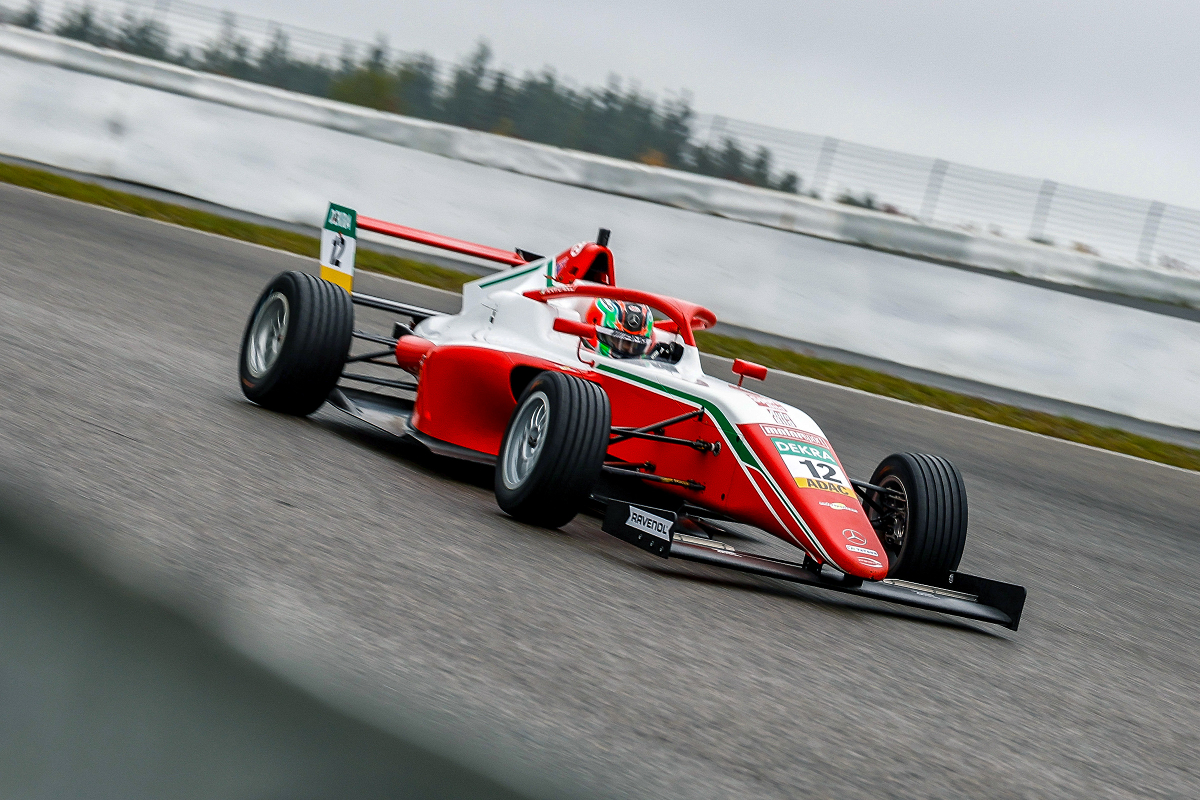 Andrea Kimi Antonelli took his eighth ADAC Formula 4 win of the season to move within three points of clinching the title.

The Prema driver had to work hard for his victory, passing erstwhile leader and team-mate Rafael Camara on lap 11 of 13 after an exciting duel.

Camara had made a strong start from pole position on the wet track, with Antonelli passing James Wharton on the first lap to move up to second.

The two leaders pulled away from the rest of the field rapidly, building a gap of 3.3 seconds by the end of lap three as Wharton fought off the PHM Racing duo of Taylor Barnard and Nikita Bedrin.

Already at this early stage the drivers were running offline as they looked for damp patches on the drying surface.

By lap six, Antonelli had closed onto the tail of the leader but before he could mount a challenge the safety car had been deployed to clear away the cars of Jonas Ried and Rasmus Joutsimies after an incident between the two at turn one.

When racing resumed with seven minutes on the clock, Antonelli immediately drew alongside his Brazilian rival, diving to the inside at the first corner before running wide, allowing Camara to retake the lead. But as the pair started lap 11, Antonelli got a better exit out of the final corner and they ran side-by-side past the pits.

Camara held onto the inside line through turn one but Antonelli was not to be denied and as Camara ran slightly wide on the exit from the Mercedes Arena, the Mercedes-AMG Formula 1 junior powered past his Ferrari-backed rival and into the lead.

Behind the leaders Wharton resumed battle with Barnard, who pushed wide into turn eight, which is being investigated by the stewards post-race.

This allowed privateer Michael Sauter up to fourth briefly although he dropped back to sixth at the finish, behind Ugo Ugochukwu in the fourth Prema entry.

With a lead of 47 points and only 50 available to score in the last two races, Antonelli can wrap up the title in Saturday’s second race of the weekend, while Camara’s second place moves him to the top of the rookie standings following Joutsimies’ retirement.