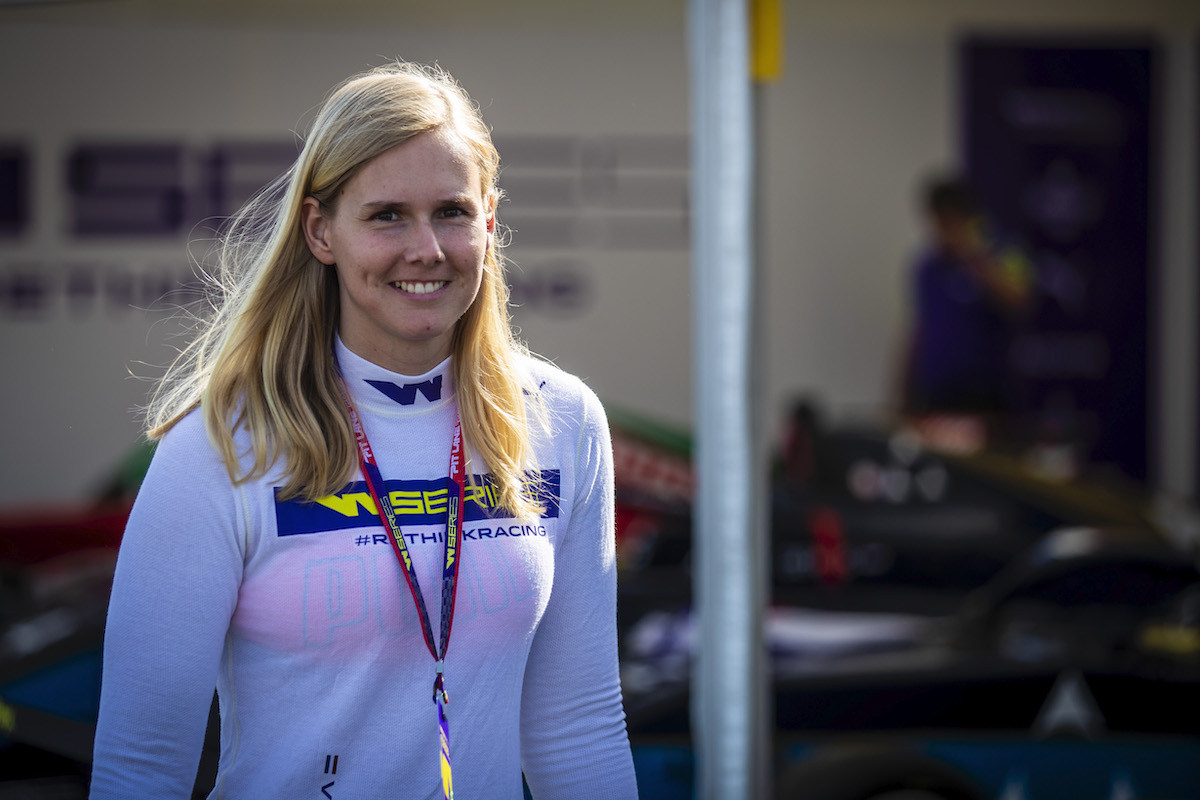 Visser was top of the order through most of the session and was the first driver to set a time sub 2m04s. But a late flying lap for Garcia allowed the Spanish driver to come within 0.006 seconds of Visser’s time.

Garcia topped the times in the early stages of practice while there was still plenty of time to find on track. Belen Garcia and Jamie Chadwick both took turns at the top of the order before Visser set a 2m04.181s time to go fastest.

Visser gradually brought the lap time down over the remainder of the session, and set the benchmark at 2m03.744s before the chequered flag.

Chadwick dropped down to fourth ahead of Belen Garcia and Abbi Pulling. Alice Powell and Fabienne Wohlwend finished seventh and eighth, separated by just 0.003s. Emma Kimiainen and Abbie Eaton completed the top 10.

A number of drivers fell foul of track limits throughout the session, including Juju Noda, who ended the session P14.