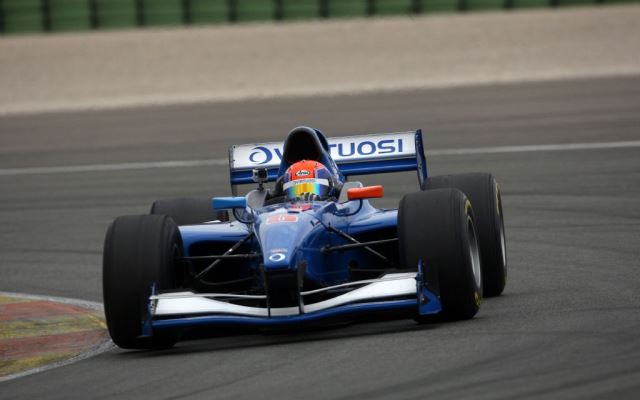 Sam Dejonghe?and Richard Gonda will race for the Virtuosi team at the opening round of the Auto GP season this weekend in Marrakech.

The pair, both ex-F3 Open racers, tested for the British squad at Valencia last week, with Dejonghe setting a new lap record.

22-year-old Belgian Dejonghe finished fifth in the F3 Open in 2012, with his only racing since having come in the Indian-based MRF Challenge, winning races in the 2013-14 campaign on his way to third in the final standings.

Dejonghe and Gonda complete a three-car line-up for the opening round in Morocco, joining second-year driver Andrea Roda.

Another addition to the field is Yoshitaka Kuroda, who like fellow Japanese driver Kimiya Sato, will return to the series with Euronova. The 27-year-old scored a best result of seventh driving for Vincenzo Sospiri’s team last year. Kuroda and Sato will be part of a three-car effort by Euronova, who are also running the MLR71 entry of Italian gentleman driver Michele La Rosa.

Elsewhere, series journeyman Francesco Dracone joins Giuseppe Cipriani‘s Ibiza Racing Team to be part of a 14-car field for the opening round.