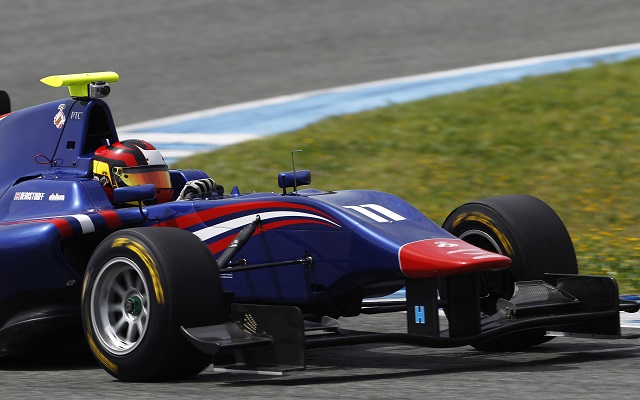 The Brit, racing for Carlin this year, took over at the top of the timesheets from Koiranen’s Jimmy Eriksson with 20 minutes to go in the session.

As is the norm for Jerez, Bernstorff’s benchmark ended up considerably slower than Nick Yelloly‘s session-topping lap from the morning.

In second, Lotus junior Alex Fontana narrowly bested Eriksson shortly before the session was called due to a red flag.