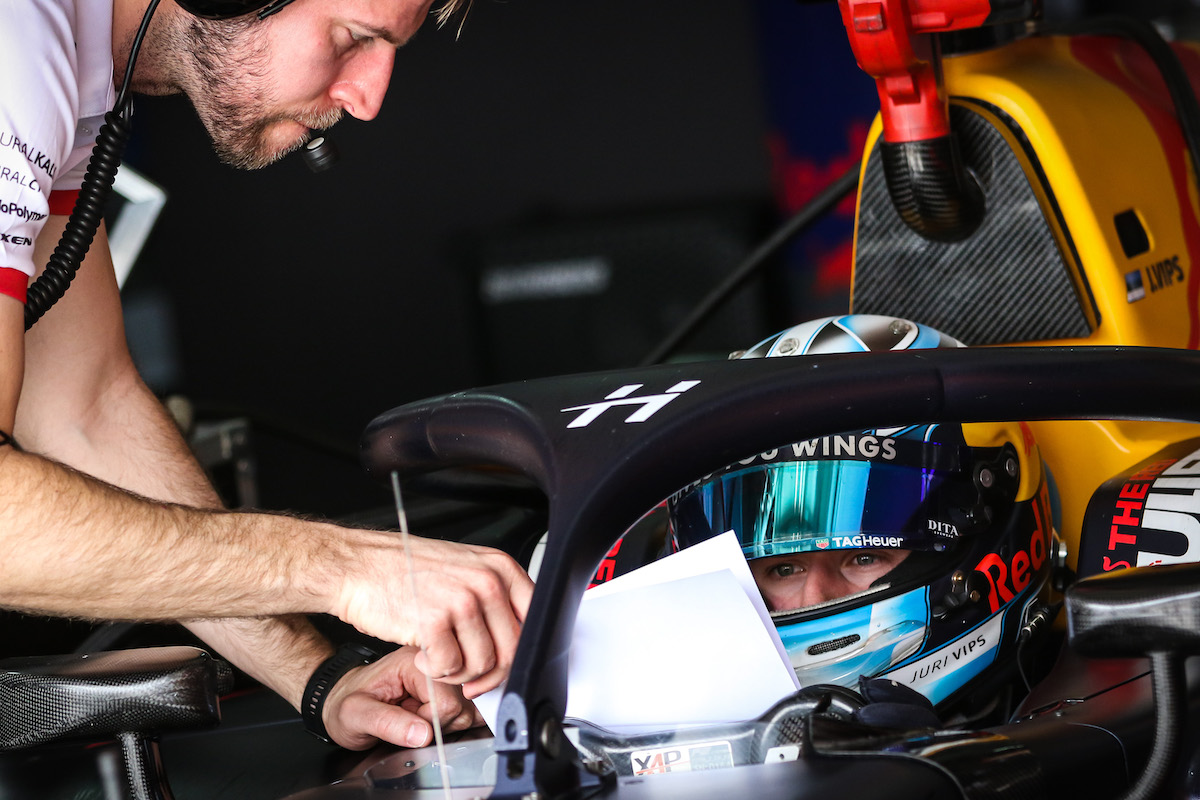 Red Bull junior Juri Vips has been disqualified from qualifying for this weekend’s Formula 2 round in Bahrain, giving Theo Pourchaire pole for Saturday’s first sprint race.

Hitech GP driver Vips had qualified fifth but was excluded from the session for a technical irregularity, meaning that he must now start both Saturday’s first sprint race and Sunday’s feature race from the back of the grid.

Stewards found Vips’s car did not comply with article 4.3.13 of the F2 technical regulations regarding the undertray fins, the height of which were found to be 6.5 millimetres below the permitted minimum height.

The decision was later appealed, meaning Vips was reinstated to fifth in the qualifying results late on Friday night, only for Hitech to then withdraw that appeal on Saturday morning.

Under the championship’s new format for 2021, the driver who qualifies 10th fastest will start the first race of the weekend from pole.

Originally 11th quickest, ART Grand Prix driver Pourchaire now moves up to 10th in the qualifying classification and will therefore start the first race of the season from pole position – leading a top four comprised of graduates from the 2020 FIA Formula 3 season.

The teenager starts alongside Charouz Racing System’s David Beckmann, while Hitech’s Liam Lawson and Prema Racing’s Oscar Piastri will round out the top four on the grid.

Polesitter Guanyu Zhou was fastest in the session and was under investigation for returning to the Formula 1 pits rather than the support paddock at the conclusion. He received a reprimand but retains his pole position.

Several other drivers – Lawson, Richard Verschoor (MP Motorsport), Zendeli (MP), Beckmann, Ralph Boschung (Campos) and Matteo Nannini (HWA Racelab) were all investigated for returning to the support paddock before the end of the session. All also were reprimanded.

Trident was fined for restarting its single-round signing Bent Viscaal at the end of the pitlane after the Dutchman stalled at the start of the session, while Campos’s Gianluca Petecof was also fined for speeding in the pitlane during free practice.

ART GP’s Christian Lundgaard – who starts alongside Zhou in Sunday’s feature race – was also investigated for a practice incident but was cleared of wrongdoing.