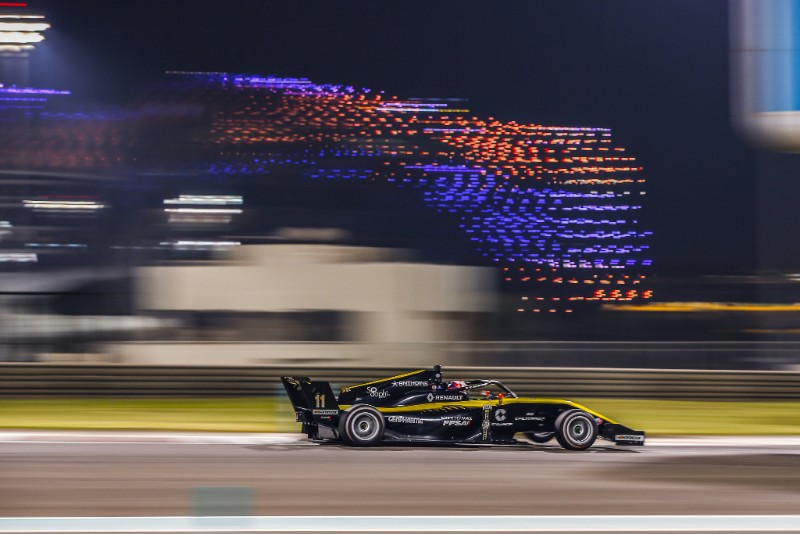 The Frenchman was fastest from the off at the title deciding venue, and headed the evening session by 0.185 seconds from team-mate Lorenzo Colombo.

Matteo Nannini, making his championship debut in a fourth car for MP, was third fastest ahead of R-ace GP pair Oscar Piastri and Caio Collet.

After the sun had set, the championship held its first ever nighttime session, with Martins leading the way again. While he looked umatchable for most of the running, a flurry of improvements in the final five minutes briefly left Piastri on top and Martins had to go for another flying lap to reclaim top spot.