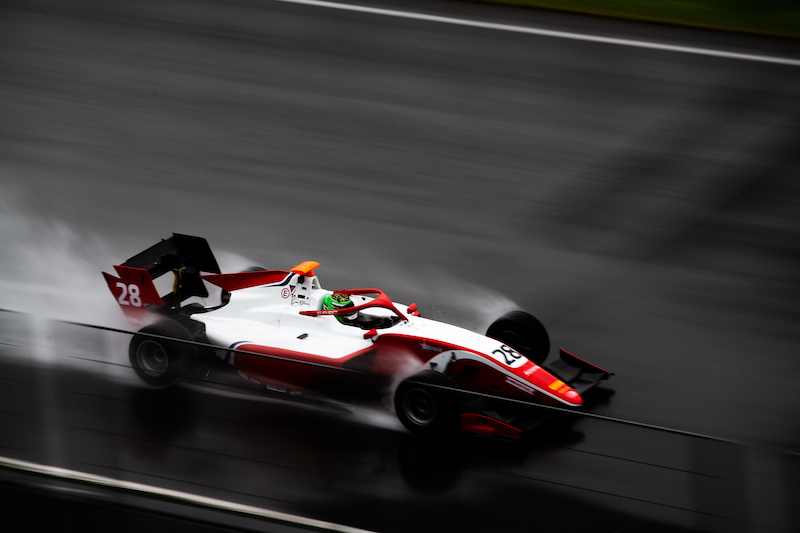 Prema has called up its Formula Regional European champion Frederik Vesti for the FIA Formula 3 World Cup at the Macau Grand Prix as replacement for the injured Jehan Daruvala.

Daruvala, who finished third in the FIA Formula 3 standings this year behind team-mates Robert Shwartzman and Marcus Armstrong, withdrew from Macau last week after surgery on a knee injury sustained in training.

Vesti will be making his second appearance in Macau having debuted for Van Amersfoort Racing in 2018.

“I am incredibly happy to step up to FIA F3 for the Macau GP,” Vesti said.

“I am very proud to race with Prema in the biggest F3 race of the year. I can learn a lot from my team-mates and my main focus will be on improving lap-by-lap since the FIA F3 is completely new for me.

“Obviously the situation with Jehan being injured is very unfortunate, and I wish him a fast recovery. With that said, I am very excited to go to the Macau GP and I can?t wait for the green flag!”

The Danish driver got his first experience of the 2019 FIA F3 car earlier this week, as one of five drivers that Prema fielded in the post-season test at Valencia, together with Logan Sargeant, Enaam Ahmed, Oscar Piastri and Enzo Fittipaldi.

“We are thrilled to welcome Frederik to the team,” said Teddy Yip Jr, principal of the Theodore Racing concern that Prema’s cars are entered with for Macau.

“He?s had an incredible year so far taking a large number of wins and was crowned the first Formula Regional European Champion.

“We believe he could be a dark horse at the Macau Grand Prix and look forward to watching him take on the streets of Macau for a second time. We wish Jehan a speedy recovery.”

Vesti was not on the initial entry list for Macau released last week, but appears with Jenzer Motorsport on the latest version released by the event organiser, where Daruvala was still in place at Prema.

He won 13 of the 24 races in the inaugural Formula Regional season this year.