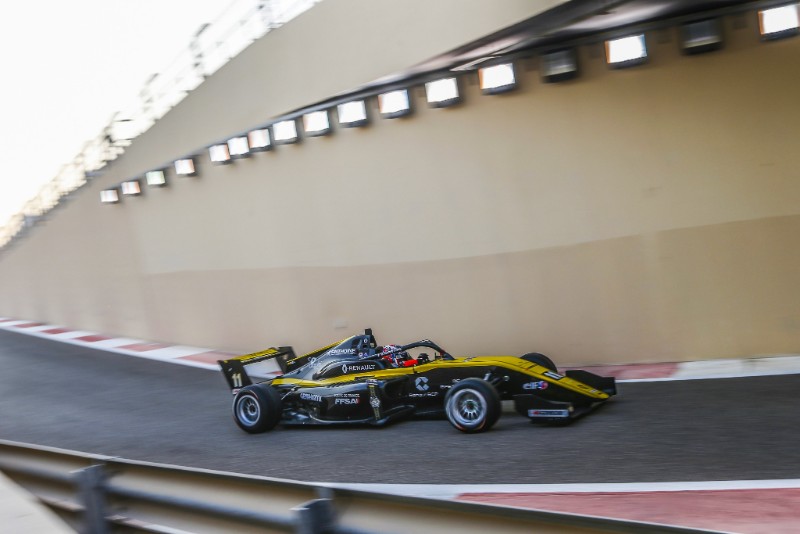 MP Motorsport driver Martins continued his testing and free practice form to move into first place with eight-and-a-half minutes to go, seconds after team-mate Lorenzo Colombo became the first driver to lap in the 2m08s.

His advantage stood at nearly a second for almost a minute, until R-ace GP’s Piastri pumped in a lap for second place that was half a second off the pace.

With little over five minutes to go, Piastri put in a 2m08.326s lap that was 0.056s faster than Martins, but next time round the Renault junior responded to take pole by just 0.002s.

Championship leader Piastri did set a personal best first sector on his next lap, but by that point his tyres were beyond their best and there was too much traffic to make an improvement.

If Martins wins both races this weekend, he will do just enough to overcome Piastri’s 13.5-point championship lead.

Arden’s Sebastian Fernandez, M2 Competition’s Kush Maini and MP’s Matteo Nannini were all less than half a tenth behind Smolyar, while the fourth MP car of Amaury Cordeel was the last driver within a second of the pace in eighth.

Rookie champion Caio Collet was only 11th for R-ace GP, while inexperienced championship debutant Matthias Luethen improved on his free practice pace to be under six seconds off Martins at the back of the grid.